Justin Gaethje Says Dustin Poirier ‘Just Walks Away’ If He Wins The Title
published on November 13, 2021
curated and posted by BRWLRZ Team

Justin Gaethje does not think Dustin Poirier is interested in fighting him.

Gaethje has essentially solidified his place as the top contender for the lightweight title, barring some sort of line skipping from prospect Islam Makhachev. After his exciting win over Michael Chandler at UFC 268, he seems to be next in line for the winner of UFC 269‘s title fight between champ Charles Oliveira and Dustin Poirier.

Gaethje and Poirier have a history together, with the two going to war in 2018, ending with a TKO win for Poirier. Speaking with MMAFighting, “The Highlight” said that he is not sure Poirier would want to fight him again if he beats Oliveira, saying that he might retire instead of putting himself through another war with Gaethje.

“After I fought Dustin Poirier, I went outside, I took a hundred, two hundred pictures. I felt great. Not one thought or emotion from that fight am I afraid to experience again. I know for a fact that when Dustin Poirier has to get in there with me again, he is going to remember and constantly be analyzing that night. He was not out taking pictures. He was probably in the most pain of his fucking life, and if he doesn’t land the shot in the first round, he knows he’s going to have to go through it again,” Gaethje said.

“If he beats Charles Oliveira, I don’t know if he fights me. I think he just walks away, calls it good. I just hope that Charles Oliveira wins so that I get to fight him, March, April, May. If Dustin Poirier wins, I’m going to have to really entice him to fucking get in there again… Now he gets to fight a more refined, and a more sophisticated psychopath.”

The idea that Dustin Poirier would be afraid to fight any man on this planet seems outrageous, but with that said, Justin Gaethje has a point in that the way he fights takes a lot out of his opponents, win or lose. Either way, a rematch between these two elite lightweights would be just as exciting as their first encounter, only boosted if a title is on the line. 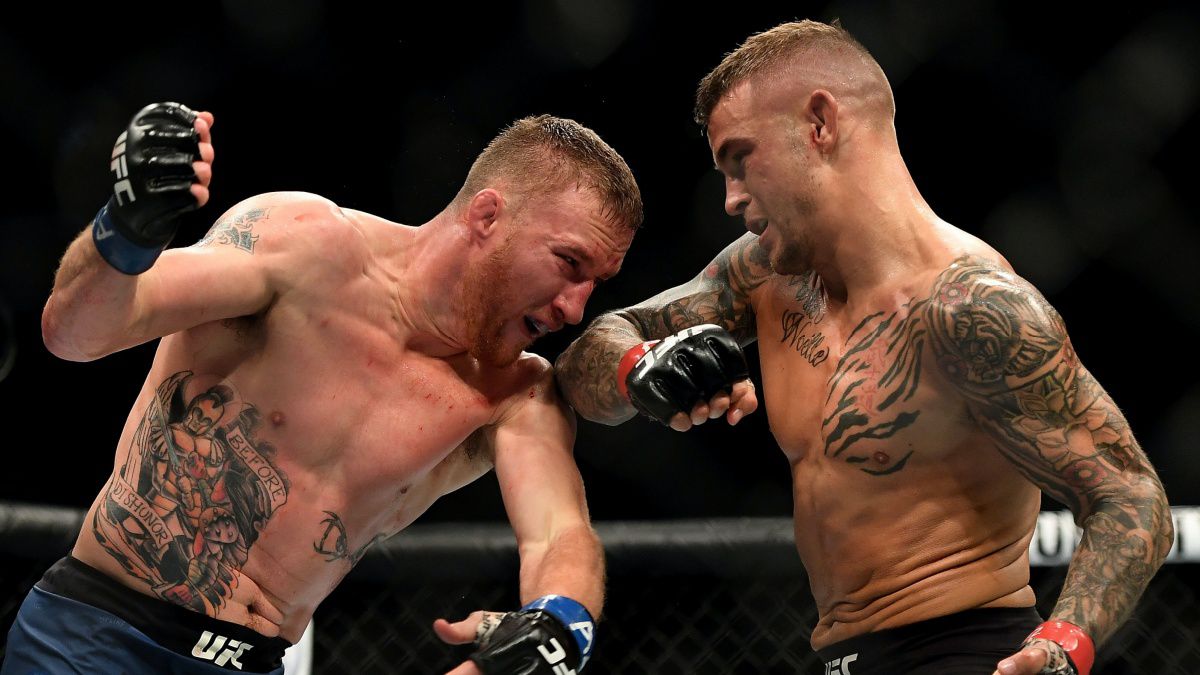