Oliveira shut down Dustin Poirier‘s second attempt at a UFC lightweight title, submitting him in the third round. Oliveira survived an early barrage of strikes by Poirier to wear him down and show off his elite grappling prowess. Now, he’s looking ahead to a potential fight with Gaethje.

Just weeks after Gaethje took shots at Oliveira in the media, going as far as labeling him a “quitter”, he now respects Oliveira’s place as the UFC’s lightweight king.

This prompted responses from many around the UFC; including Poirier, who gave Oliveira plenty of credit ahead of their fight.

During the UFC 269 post-fight show, Gaethje praised Oliveira for his performance against Poirier.

“I absolutely loved it,” Gaethje said. “I will give no disrespect to Charles. He is now the undisputed champion and I cannot wait to fight him. I don’t care where or when.”

While Gaethje has a newfound appreciation for Oliveira’s rise to the top of the heap, he thinks he has the approach to give the champion issues in a potential matchup.

“I saw a competitor tonight,” Gaethje said. “I saw a dog and I can’t wait to break his face. He gets hit a lot.

“He better pray and hope for the next however many days until our fight that he takes me down, gets his choke. Because if not, we see what happens.”

When asked to give a prediction on how a fight with Oliveira would play out, Gaethje continued to keep it real.

“He just won a championship. I should build it up,” Gaethje said. “At the end of the day, it’s me trying to knock him out versus him trying to get it to the ground. That’s who we are. That’s who he’s been. That’s who I am.

“Whether it’s in Brazil, in America, preferably not Abu Dhabi. I’m all in. So I can’t wait.”

Justin Gaethje Vs. Charles Oliveira Is A Fascinating Stylistic Matchup

Gaethje vs. Oliveira has the potential to be one of the greatest lightweight title fights in recent memory. Both have proven to be tough as nails and have a balanced style on the ground and the feet.

Gaethje is mostly known for the power with his striking but also has a solid wrestling background. Oliveira has very technical, opportunistic kickboxing to go with an other-worldly Jiu-Jitsu game.

Gaethje is coming off his UFC 268 win over Michael Chandler that may have been the most exciting fight in 2021. While his stock is arguably higher than ever, a title fight between Oliveira and Gaethje could be an exciting fight for both sides, and it is one that Dana White has already confirmed is the current plan for the promotion.

How do you think a Justin Gaethje vs. Charles Oliveira title fight would play out? 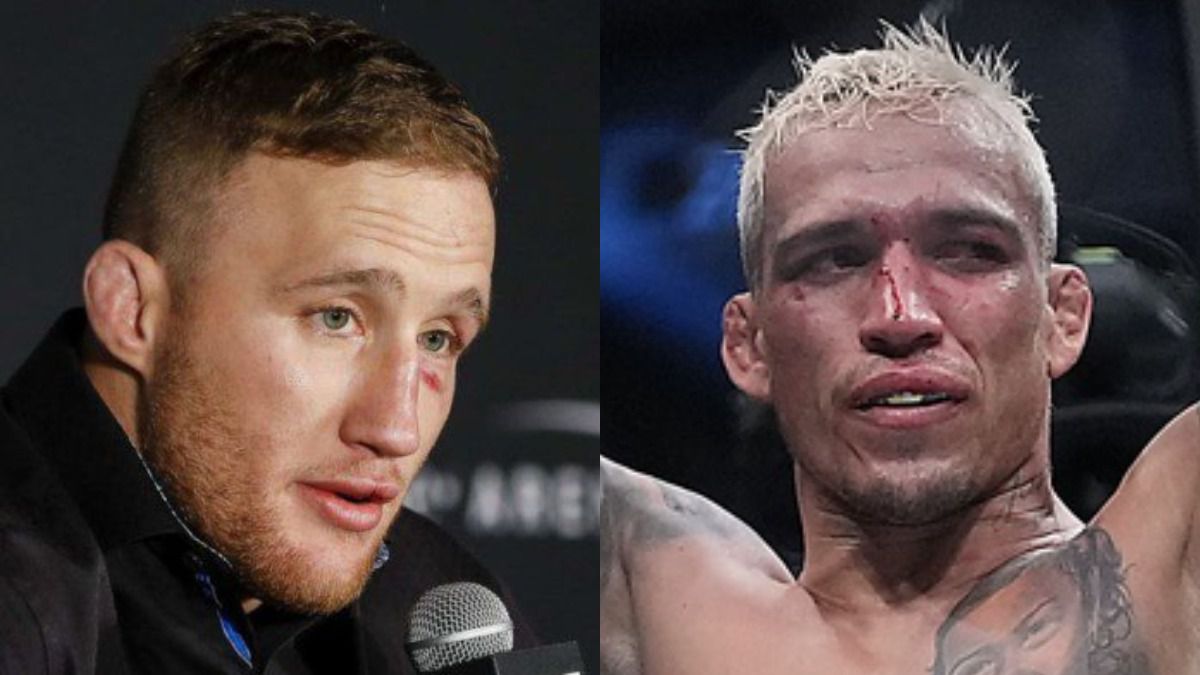