Julianna Peña To Follow “Come One, Come All” Mindset As Champion
published on December 27, 2021
curated and posted by BRWLRZ Team

Newly-crowned UFC Women’s Bantamweight Champion Julianna Peña is aware of the target she has on her back as the 135-pound queen, but she’s welcoming every threat and every challenge.

Amanda Nunes retaining the bantamweight title throughout 2022 was perhaps one of the few absolute UFC certainties in the eye of many fans and pundits. But most hadn’t considered the possibility of Peña shocking the world at the final pay-per-view of 2022. In the UFC 269 co-main event, she did exactly that.

With an aura of confidence behind her that many doubted and branded delusional, “The Venezuelan Vixen” backed her abilities and delivered in style. After making it through the opening round unscathed, the challenger executed her gameplay to perfection in the second.

After hurting Nunes on the feet and tiring her out, Peña pulled the “Lioness” to the mat and submitted her in front of a sold-out T-Mobile Arena crowd, completing what was one of the biggest upsets in the promotion’s history.

From The Hunter To The Hunted

Having reached the top of the food chain at 135 pounds, Peña is embracing the changing dynamic to her career. Whereas she’d been chasing a title shot and championship glory until this month, the 32-year-old is now the one everyone else in the division is pursuing. While some may crumble under that pressure, “The Venezuelan Vixen” is ready for everything.

During an interview with Yahoo! Sports’ Kevin Iole, Peña discussed the position she’s found herself in atop the bantamweight mountain. Knowing that the target is now well and truly on her back, the champ is intending to welcome all comers during her reign.

“Come one, come all. Like, come on with it, girl. Like, literally, I know that that’s the type of position that I was gonna be put in. I know that as the champion, you gotta big bullseye on your back. And I knew that I was gunning for that bullseye vs. Amanda,” Peña said.

“And now, that bullseye is on me, and I welcome that. I embrace that. I am excited for that. And like I said, that was last week. This week, we need to talk about what we have to do moving forward in order to defend.

“This I will defend with my life. And I am ready to do that. And moving forward, it’s all about what’s next and not what I did back then but what’s gonna come ahead in my future.”

The first woman looking to hit the bullseye on Peña’s back will seemingly be Nunes. After UFC President Dana White confirmed the option of a rematch is there for the reigning featherweight champion, Nunes appeared to accept the chance for redemption soon after.

With that in mind, it seems likely we’ll be seeing Nunes vs. Peña 2 sometime in the first half of 2022. If White is to be believed, it could be the biggest woman’s fight of all time.

Do you believe Julianna Peña will successfully defend her title in 2022? 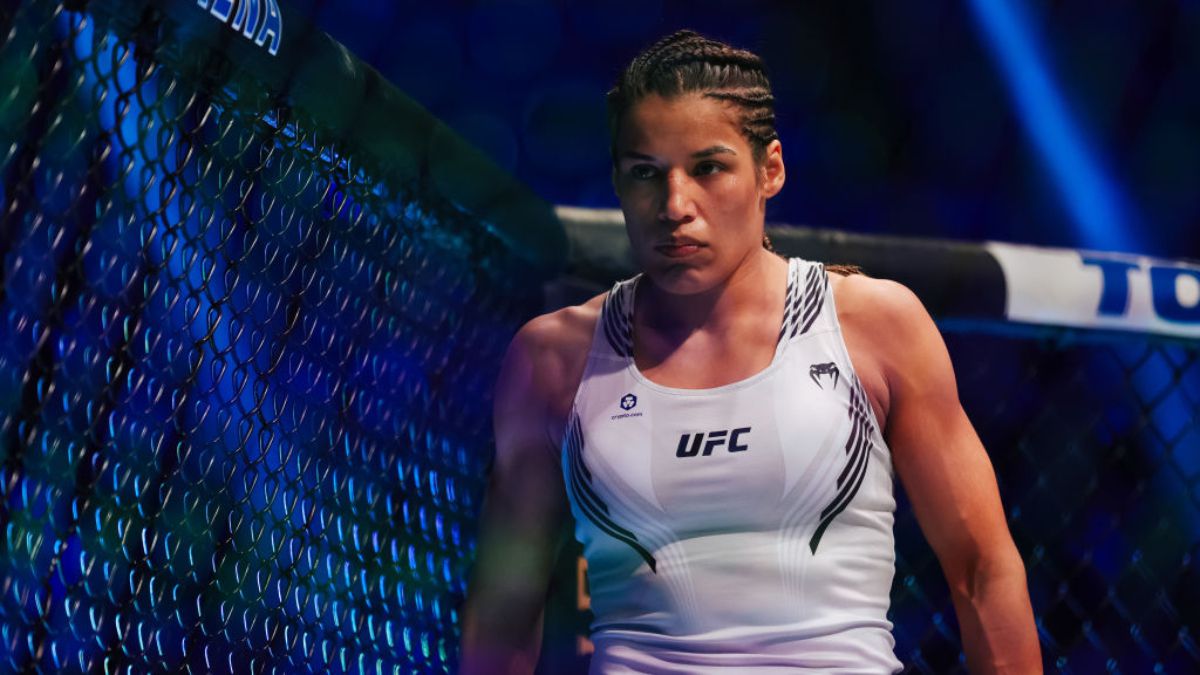