Julianna Peña Is Down For Meisha Tate’s Plan to Both hold UFC Titles
published on January 23, 2022
curated and posted by BRWLRZ Team

Julianna Peña and Miesha Tate are good friends so wouldn’t them both holding UFC titles at the same time be great? That is the idea that Tate has for the future. She has decided to make the move down to flyweight in order to pursue a championship without attempting to dethrone her friend and former training partner. Upon hearing this idea, the bantamweight champ has to agree.

“I think that that’s great,” Peña told MMA Fighting. “If Miesha, (who) I do believe will find a ton of success at 125 and can fight for the belt at 125, I think there would be nothing better, especially for the UFC and for the sport, and particularly for the state of Washington to have two Washington champions at 125 and 135. That’s the plan.”

Tate decided to return to the UFC following a four-year retirement. As a former champion, Tate was looking to regain her belt in the bantamweight division. However, her path was stalled when she lost to Ketlen Vieira in November. At that time it was Peña who got the title shot. She defeated Amanda Nunes in December and will now be the one to beat at 135 pounds.

Because of their close relationship, Tate would rather take her shot at cutting weight and fighting at 125 pounds instead of waiting around. She has her first test at flyweight when she takes on Lauren Murphy in May at UFC Fight Night 209.

If she can get past Murphy, who is sitting in the #3 spot in the rankings, she might be next for champion Valentina Shevchenko. The only two fighters ahead of Murphy on the official rankings are Katlyn Chookagian who is no longer signed with the UFC and Jéssica Andrade, who is making a move back to strawweight.

Do you think this plan for Tate and Peña to both hold UFC titles at the same time is feasible? 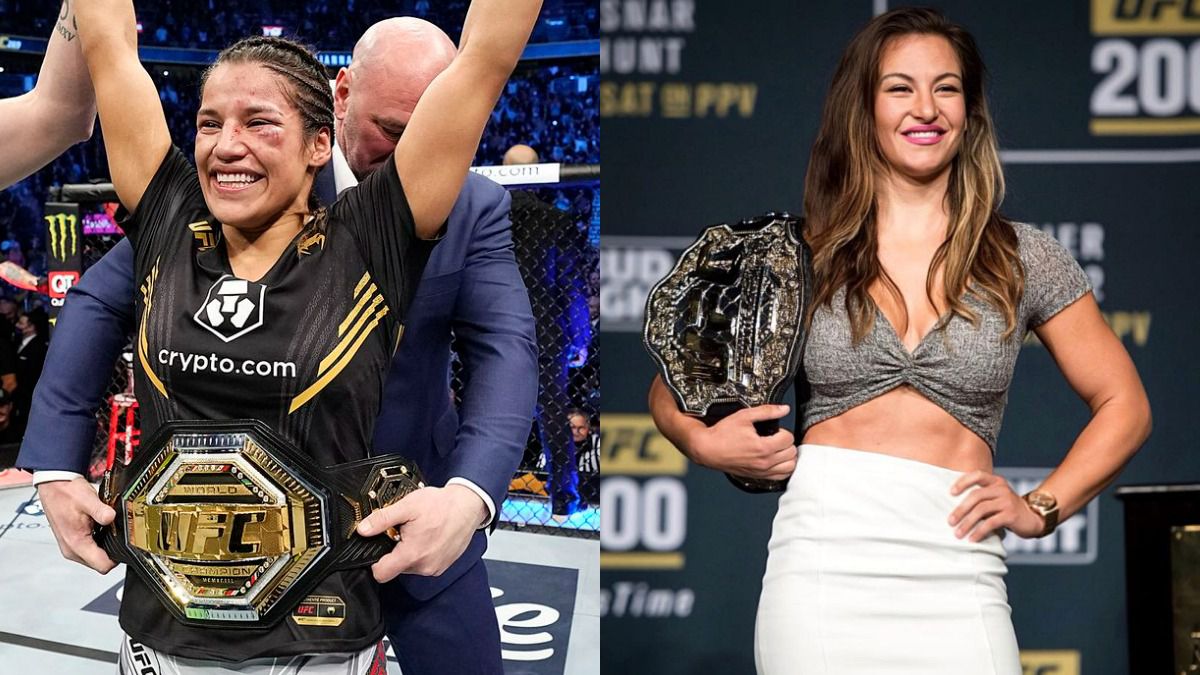