Julianna Peña: “I Don’t Give An F” About Your Predictions
published on December 8, 2021
curated and posted by BRWLRZ Team

As Julianna Peña prepares for her upcoming UFC title bout she isn’t listening to the haters.

Julianna Peña has a date set for her first shot at the UFC bantamweight title. She will be taking on Amanda Nunes this weekend at the UFC 269 event. Peña has come a long way since she first got her start in the UFC as a contestant on The Ultimate Fighter, but she believes that people are not giving her the credit she deserves.

“Nobody is counting me in as far as winning the fight. Everybody’s against me. No one is rooting for me,” Peña told Ariel Helwani of The MMA Hour. “And literally, the whole world, it feels like, is against me. And that’s just kind of the way that it’s always been for me. It’s like everybody has always counted me out. They counted me out on The Ultimate Fighter. They’ve counted me out my entire career. No one ever takes me seriously. They’re willing to lose, but they don’t want to lose to me. And I just think that you cannot let what these people say get to you.”

Peña has a lot to be proud of so far in her MMA career. She was the first female to win The Ultimate Fighter and has gone on to have a great UFC career. She is the #1 contender in the bantamweight division and after taking some time off to give birth to her daughter, has risen back up to secure a fight against Nunes. Peña is outspoken and isn’t one to hold back her feelings. She isn’t taking any hate in from the media of fans in the lead-up to this fight.

“If I paid attention to every negative thing that somebody said, I would have needed to jump out of a window a long time ago,” Peña explained. “You gotta have thick skin in this business. And what you think or what this person thinks or Joe Blow or this guy and that, it’s none of my business. I know what I can do. I know what I’m capable of doing. And what you think about me is none of my business. I don’t give an F what other people think. It’s what I know and what’s in my heart. And in my heart and what I know is: I’m a champion, and I’m gonna be a champion, and I am the champion.”

Peña has a tough test ahead of her as she looks to dethrone Nunes. Nunes hasn’t lost a bout in seven years. She currently holds the belt in two divisions and has taken out some of the best female fighters in history, including Cris Cyborg, Ronda Rousey, and Miesha Tate.

Do you think Julianna Peña will have what it takes to defeat Amanda Nunes at UFC 269? 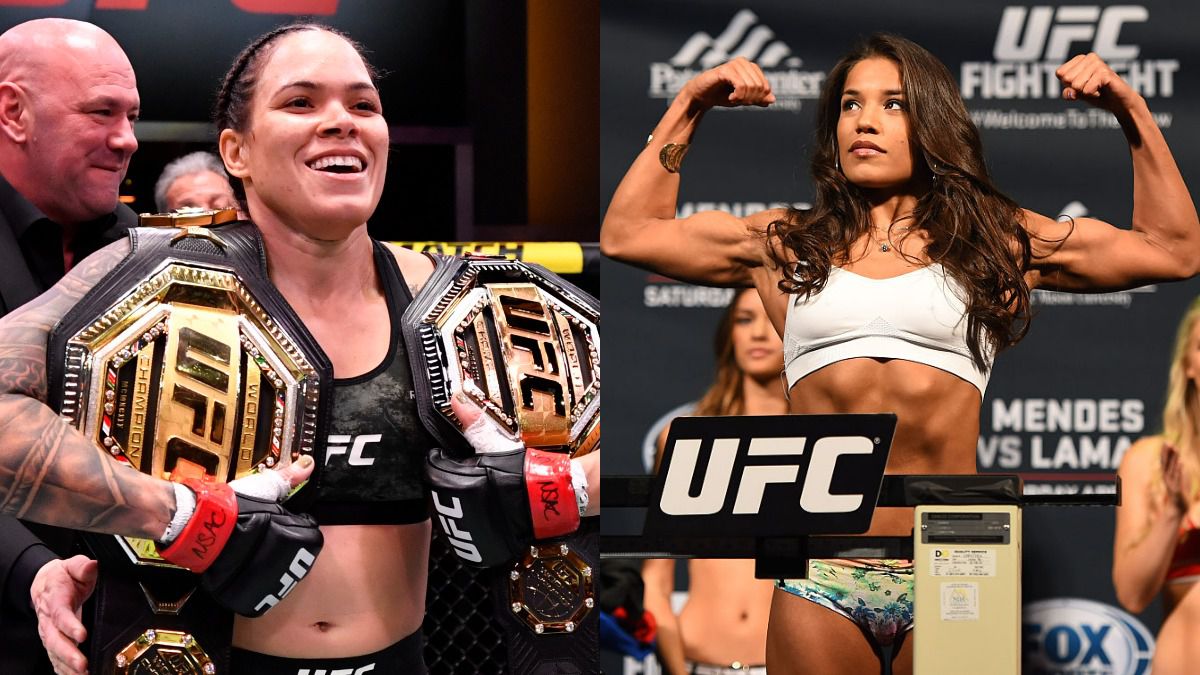