Julianna Peña Declares Herself the GOAT, Calls Out Aljamain Sterling
published on December 17, 2021
curated and posted by BRWLRZ Team

Move over Henry Cejudo, Julianna Peña is calling for an intergender bantamweight superfight.

Peña’s shocking upset at UFC 269 has made her the talk of the town. While it seems like she’ll have to rematch Amanda Nunes to solidify herself, Peña is already looking past Nunes. But the fight she’s calling for isn’t another women’s bantamweight challenger. In fact, Peña isn’t calling for a woman at all (H/T MMAFPress).

“Now that I have beat Amanda (Nunes), it’s safe to say I am the women’s GOAT and I think it’s time I get a second belt so I want the easiest fight at the 135lbs division, I want Aljamain Sterling next.”

Pena teased taking on men’s bantamweight champion, Aljamain Sterling, while on The MMAFPress Show. Other UFC fighters have joked about the prospect of intergender match-ups,  and some promotions have actually set up such absurd bouts.

“The Venezuelan Vixen” may have been fooling around on the show, but in her jest, she again brought up the fact that she had actually given birth to her child while Nunes had not. The controversial comments got her in hot water right after winning the belt. She went on to explain what she meant to Ariel Helwani on The MMA Hour. Yet, Peña had no problem bringing up the topic again when discussing the Sterling fight.

“Now that I have the 135lbs women’s belt and I am (the) first woman that gave birth, exactly gave birth to become a champion, I think it’s time that I unify both 135lbs belts to become the first intergender champion mom.”

Peña signed off on the interview by issuing another threat to Sterling. This one seemed aimed at “The Funkmaster’s” DQ win over Petr Yan.

“You (Aljamain Sterling) need to stop ducking me. I am coming for that belt, if you are on the street, at the gym, or the movie set, I will find you and make you tap like you won the Oscars.”

The upset over Nunes is one of the biggest in MMA history. The double champ was on a 12-fight, six-year win streak going into UFC 269. Peña, on the other hand, was 2-2 in her last four outings to the Octagon. Oddsmakers had Nunes as a lock to win, but sometimes fate has other ideas.

Who do you think would win an intergender showdown between Aljamain Sterling and Julianna Peña? 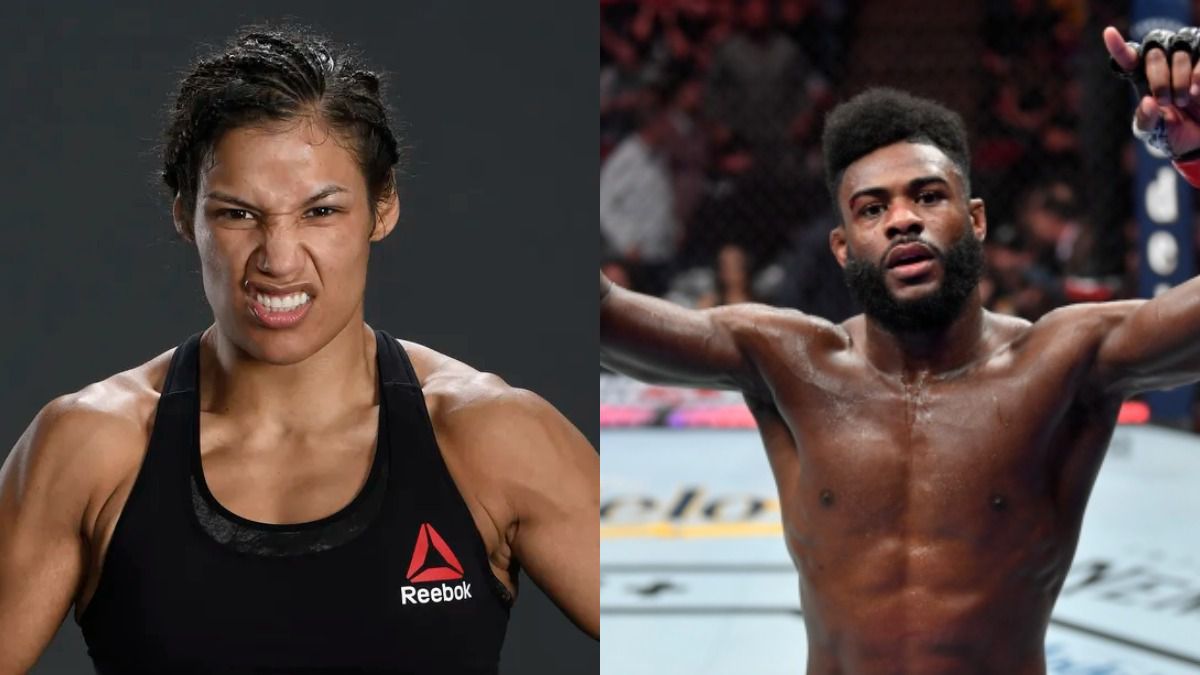