Julianna Peña: Amanda Nunes Will Always Be Considered The GOAT
published on January 2, 2022
curated and posted by BRWLRZ Team

UFC bantamweight champion Julianna Peña knew what she was signing up for when she agreed to battle Amanda Nunes at UFC 269.

Nunes was expected by many to run through Peña in their matchup. Instead, the fiery Peña proved to be a game opponent in the opening minutes and came out with a barrage of punches in Round 2.

After exhausting Nunes, Peña secured a hard takedown and sunk in the rear-naked choke for the victory. It was arguably the biggest upset in UFC history.

Nunes didn’t look like her usually dominant self in the eyes of many. She looked sluggish and fatigued after just minutes of action in the Octagon.

During a recent interview with Fox Sports Australia, Peña said she wasn’t surprised by what Nunes brought to the cage and believes Nunes’ place in MMA history is secure in spite of her UFC 269 loss.

“Honestly, that’s the hardest I’ve ever been hit, and those leg kicks really hurt me,” Peña said. “A lot of her shots were very powerful, they were the strongest that I have ever felt. She is the GOAT for a reason, and she is considered and still will always be considered the greatest of all time, so I literally took those shots, and I thought, ‘Holy cow, I just got hit by a Mack Truck.’ I knew, though, that I had to weather the storm in order to keep the grind on her and to get the win. So I wasn’t deterred at all by the power that I felt.”

Julianna Peña, Amanda Nunes Could Be On Track To Battle Again

An immediate rematch between Peña and Nunes could be next in the bantamweight division. Both women agreed to it, and UFC President Dana White touted it as “the biggest women’s fight of all time.”

However, Nunes has hinted at taking some time off, and it’s unclear as to when we’ll see these two square off once again. Things took a heated turn after the fight when Peña claimed the title of the UFC’s first “mom champ,” much to the chagrin of Nunes and others.

After one of the most remarkable moments in modern MMA history, the Peña/Nunes rivalry appears to just be getting started.

What is your early prediction for an Amanda Nunes vs. Julianna Peña rematch? 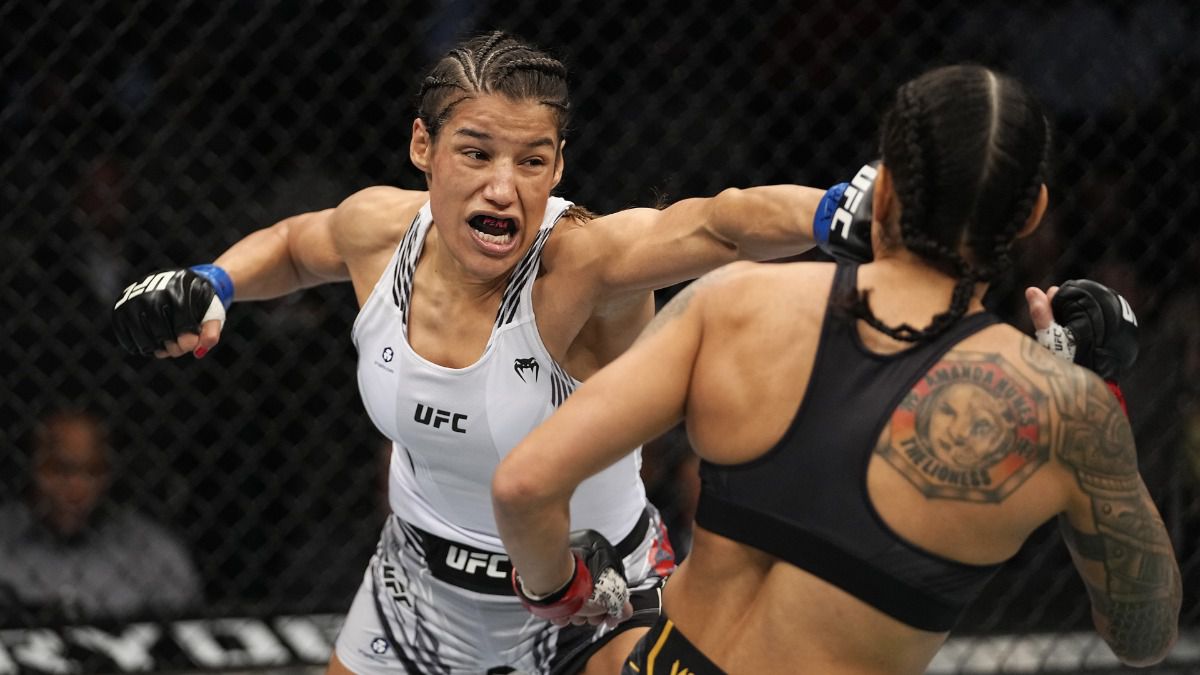