UFC featherweight Josh Emmett is hoping his next appearance in the Octagon will be a title eliminator against veteran contender “The Korean Zombie” Chan Sung Jung.

Emmett’s surge towards the title stalled last year following his clash with Shane Burgos. While securing a unanimous decision victory over “Hurricane” in a Fight of the Night contest, the 36-year-old was left with an ACL tear that saw him on the sidelines for well over a year.

Having overcome the serious knee injury, Emmett returned to action at UFC 269, the final pay-per-view of 2021. Against tough and gritty contender Dan Ige, Emmett became a useful piece of evidence for those who doubt the existence of ring rust.

After three rounds of preliminary card action, which saw the Phoenix native put his power on full display with a first-frame knockdown, Emmett fell on the right side of a close decision.

Emmett Lays Out Path To The Title

Having cemented his spot just outside the featherweight top five, extended his win streak to four, and reminded the rest of the division of his presence, Emmett is looking to stake his claim for a championship opportunity in 2022.

During a recent interview with The Hannibal TV, Emmett discussed his options moving forward. With most top contenders pre-occupied or coming off a loss, presuming Max Holloway fights for the belt next, the 36-year-old believes there is only one man who can stand opposite him in the cage for a title eliminator.

“The only person that’s in front of me coming off a win, and that’s not booked, is Korean Zombie. So it’s like, that would be awesome to fight Korean Zombie in a title eliminator, and then the winner gets the winner of the trilogy fight (Volkanovski vs. Holloway 3)… Giga (Chikadze) and Calvin Kattar are fighting soon, so there’s no one available in front of me (except Zombie).”

Emmett also revealed some frustration with regards to how the UFC have booked him in the past. Having watched a number of names rise the divisional ladders after receiving opportunities against higher-ranked names, Emmett questioned why he’s always been made to fight down the rankings.

He’s looking to change that in 2022, and says he won’t be fighting a featherweight below him. If the UFC is to heed to those demands, it stands to reason we’ll be seeing Emmett and “The Korean Zombie” throwing bombs inside the Octagon in the coming months.

“I really want a title eliminator, I’ve fought everybody behind me and I’m one of the only guys they only offer fights behind me. Everyone else, they’re not even ranked in the top 15, then they get a fight in the top 10, and then they’re fighting someone in the top five. I don’t really get it. I do not want to fight anyone behind me. I want my next fight to be a title eliminator. There’s only one guy coming off a win that’s available and I would love to fight him.”

After back-to-back victories over Renato Moicano and Frankie Edgar in 2019, Chan Sung Jung saw his immediate title hopes shattered by Brian Ortega in a 2020 main event. But the 34-year-old brawler burst back into the conversation with a headlining decision triumph over Ige earlier this year.

With both Josh Emmett and “The Korean Zombie” coming off impressive decisions against “50K,” it seemingly makes sense to match the pair up for a 2022 showdown.

How do you think a fight between Josh Emmett and “The Korean Zombie” would play out? 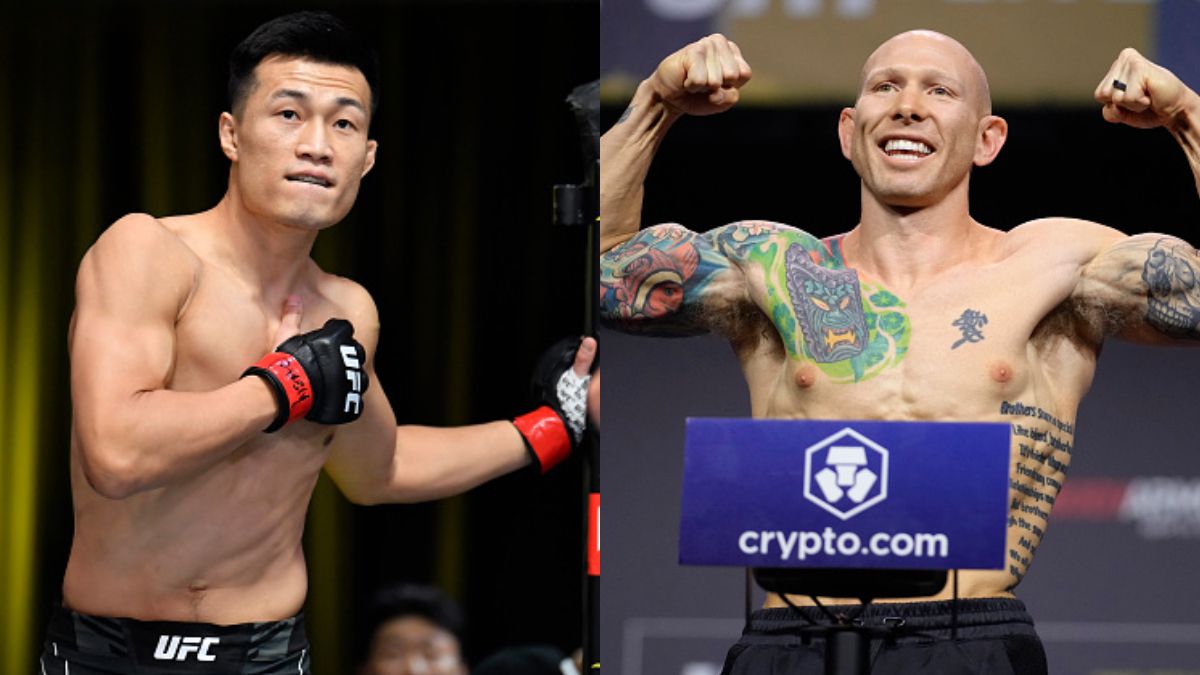