Jose Aldo vs. Marlon Vera Targeted for UFC 255 on Nov. 21
published on October 21, 2020
curated and posted by BRWLRZ Team

An enticing bantamweight bout is currently in the works for UFC 255 with Jose Aldo slotted to face Marlon Vera.

Per a Combate report, Jose Aldo will try to get back in the win column after losing three consecutive fights when he faces Marlon Vera at UFC 255 this November. The former featherweight king made the decision to switch to the bantamweight division in 2019 and thus far has gone 0-2 in the division since the move. However, his first loss was a razor-close split-decision loss to then top contender Marlon Moraes followed by a TKO to Petr Yan in a fight for what was the vacant bantamweight championship. Aldo will now take a step back and face the #15-ranked Marlon Vera on what is sure to be a feature main card bout of the pay per view.

Marlon Vera is ranked at the bottom of the rankings at #15, but he holds one of the most impressive statistics in the division right now, winning six of his last seven professional bouts. What makes this stat even more impressive is the fact that all six of those victories were stoppages. Beating, let alone finishing Jose Aldo would without question be the crowning achievement in the 27-year-old’s career thus far.

UFC 255 takes place Saturday, November 21 from the UFC Apex and will stream exclusively on ESPN+. With the addition of this bantamweight bout, the current UFC 255 lineup currently includes:

What is your prediction for this bantamweight bout between Jose Aldo and Marlon Vera at UFC 255? 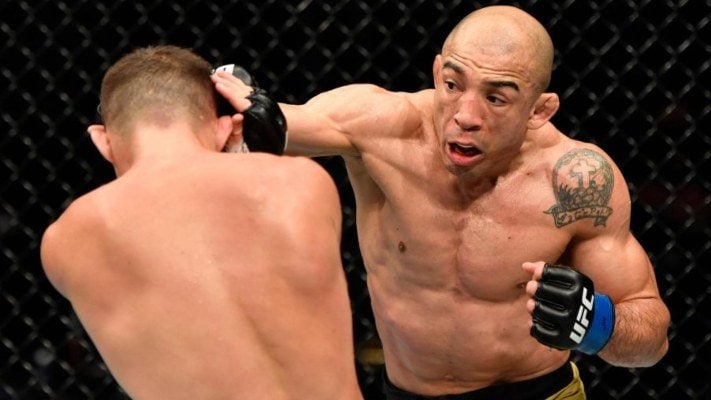