It seems that Jorge Masvidal is looking to reignite a rivalry with Nate Diaz.

Masvidal and Diaz squared off in 2019, for the specially crafter BMF title. And while the belt ended with a win for “Gamebred” after a doctor’s stoppage, they have constantly flirted with the idea of fight each other again. Over the years, they have gone back and forth on a few occasions, with talks even developing of a rematch at various points.

Now it seems that they are going at it once more, this time stemming from a tweet that Nate Diaz posted after Masvidal’s American Top Team teammate Dustin Poirier got submitted by Charles Oliveira at UFC 269. Diaz seemed to mock the lightweight title challenger for losing both of his championship attempts by rear-nake choke, implying that he did not learn anything.

These guys don’t get any better
🤦‍️

“These guys don’t get any better 🤦” Diaz wrote.

This prompted a response from Jorge Masvidal a few days after this tweet. The BMF champ lambasted the Stockton native for criticizing a fighter for not improving while he has had his own notable defensive flaws for years.

“Just came across this and it’s so ironic that the individual who can’t block low kicks high kicks or mid kicks is talking shit about fighters getting better #canyouevenspelldoubleleg” Masvidal quipped.

With Jorge Masvidal opening this can of worms again, it is hard not to wonder if he is trying to secure a fight with Diaz after his attempted rebound against Leon Edwards fell apart due to injury. Whether it be this or “Gamebred” just defending his teammate, it is never boring to see these two squabble online. 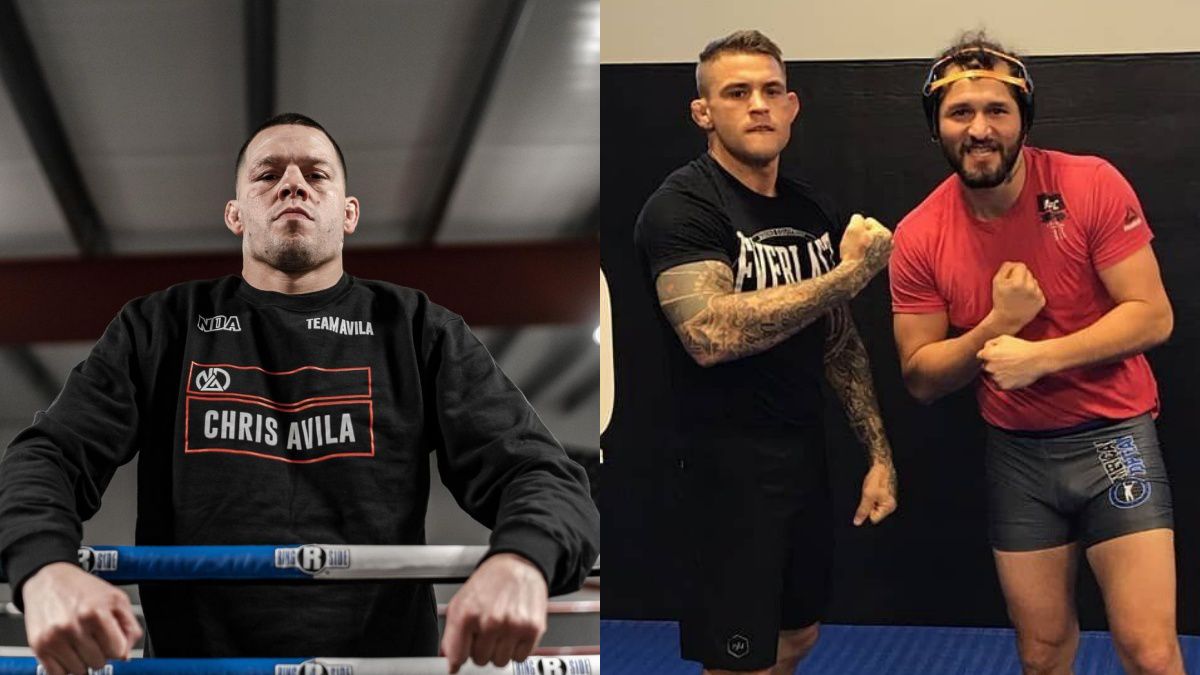