Jorge Masvidal Loves The Sound Of Coaching TUF With Colby Covington
published on November 20, 2021
curated and posted by BRWLRZ Team

Jorge Masvidal is open to the idea of coaching on The Ultimate Fighter opposite Colby Covington.

Jorge Masvidal has one objective in mind, getting another shot at champion Kamaru Usman. However, on his quest for the title shot, he might have to make a few stops along the way. Masvidal was scheduled for a bout against Leon Edwards later this year but an injury has pulled him from that fight. While healing up from the injury, what could Masvidal do? Perhaps coach The Ultimate Fighter?

After the loss to Usman, Colby Covington stated that he would need some time off to heal up. When asked if coaching TUF against Masvidal would interest him, he said yes. Now that the idea is out there, Masvidal was asked the same question. Here is the answer he gave to The MMA Hour.

“Hell yeah, love the sound of that. Some she say, he say, they say, but as long as they’re putting money in my pocket, I don’t care. I’ve done TV for a while, like reality TV and all that, so I know what this entails. This is so much harder for me than being in the fucking gym, because they’re going to ask me to do that again. Can you meet like this, can you… like bro, leave me the fuck alone,” Masvidal said.

Masvidal and Covington have a history together. They were training partners and roommates when they were younger. Those days are long gone, and the animosity between them continues to grow. If an opportunity comes through for them to settle their differences, they would finally have the chance to hash out all their feelings.

“I will have to have a nice, handsome reward if I’m going to be doing some shit like that,” Masvidal said. “Like six weeks, you’ve gotta pay me money if you want to see some coaching out of Gamebred.”

Both men are characters that fit well in The Ultimate Fighter format. Some drama and some fun are what the coaches on that show need to get the fans to tune in. Both Masvidal and Covington have just that and more. They are some of the biggest personalities in the welterweight division and perhaps in the entire UFC. A show featuring them pinned up against each other would make for some great TV.

Would you want to watch a season of The Ultimate Fighter featuring Jorge Masvidal and Colby Covington? 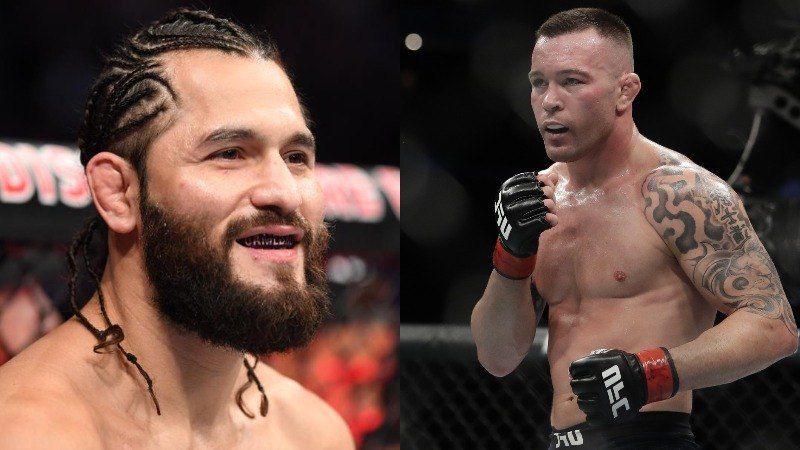