Jon Jones has provided some major details regarding his targeted return to the UFC next year.

Earlier this week, Jon Jones’ new lead advisor, Richard Schaefer, shared that Jones plans to bulk up to over 270 pounds in his quest to be the baddest heavyweight the UFC has ever seen. Now, Jones himself is sharing more information about his future heavyweight debut.

One thing we’ve known for some time now is that Jones has been planning on making his return sometime in 2022. Speaking to reporters backstage at the 2021 UFC Hall of Fame Induction Ceremony, Jones closed in on a more specific timeline.

“I think it’ll be sometime in the second quarter of 2022,” Jones estimated.

The reason for this time frame is that Francis Ngannou is expected to defend his UFC heavyweight title against interim champion Ciryl Gane around January. It would then take a few months in order for the Jones/Ngannou bout to actualize.

There is still that pesky matter regarding pay, however. This has been the biggest roadblock between a Ngannou/Jones fight from taking shape based on the public spat between Jones and Dana White earlier this year. Those issues are now seemingly a thing of the past, with Jones sounding more than pleased with the direction things are heading.

“[Dana White] guaranteed me that he would give me an increase in my next fight,” Jones revealed. “So I’m really excited about that. I think it’s going to be pay-per-view based, so I’m gonna have to work for the money that I get. I’m gonna have to sell the fight.”

With the relationship between Jones and White now repaired, the former light heavyweight king credits Richard Schaefer for bridging the once-wide divide.

“It’s good. It’s good,” Jones said of his relationship with White these days. “I think me hiring Richard Schaefer was one of the best decisions I’ve made instead of me getting on Twitter and attacking Dana and pouring my emotions out. I just allow Schaefer to get down to what’s the most important in every situation and talk to the people that need to be (spoken) to instead of me going back and forth with the fans on Twitter. So the relationship’s good. Schaefer has really helped out a lot.”

Are you excited to see Jon Jones’s long-awaited heavyweight debut next year? 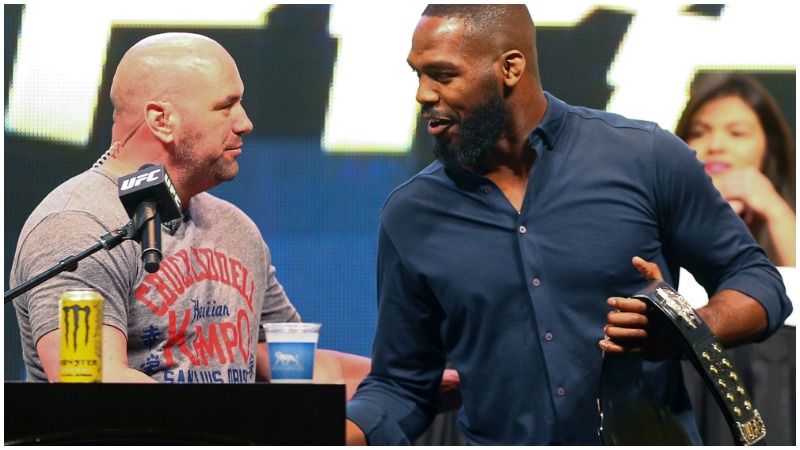