Jon Jones Fails To Rule Out Future Fight With Francis Ngannou: ‘I Believe My Path Will Cross With Francis’
published on January 19, 2023
curated and posted by BRWLRZ Team 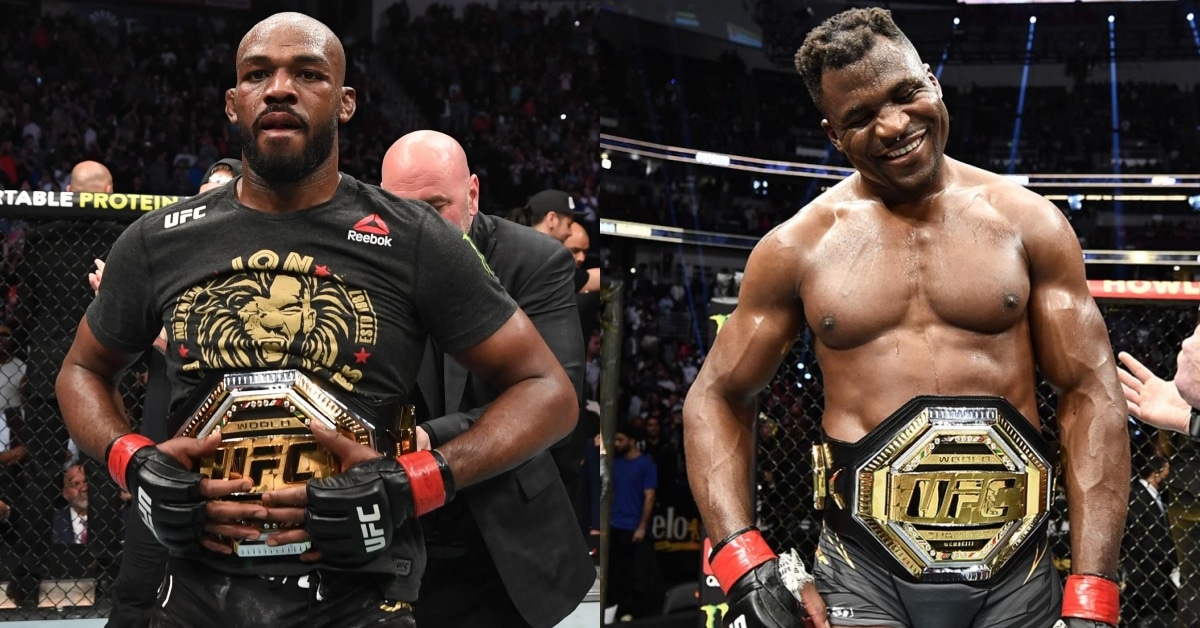 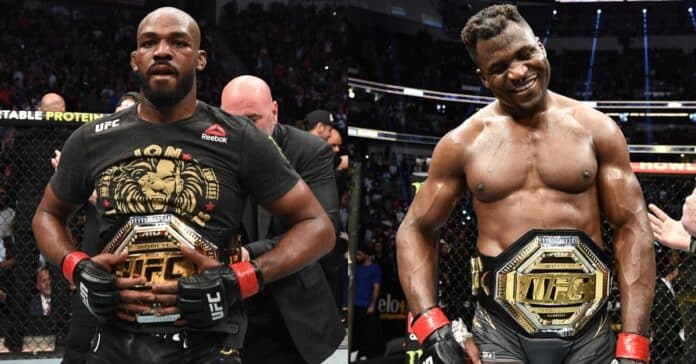 Despite missing out on a heavyweight title fight with former UFC kingpin, Francis Ngannou, past two-time light heavyweight best, Jon Jones believes his path will cross with the Cameroonian’s one day in the future.

The bout will come as Jones’ first Octagon walk since he successfully defended his light heavyweight title against Dominick Reyes back in February 2020 in a close, unanimous decision victory. Jones would officially relinquish the 205lbs crown in August of that year, with the view to making a heavyweight division leap.

Expected to fight Ngannou in his first outing at the heavyweight limit, a matchup with the Batié native under the UFC banner is currently unattainable, however, with the former parting ways with the organization amid continued contract negotiation woes.

However, despite Ngannou’s recent departure from the promotion this week, Jones has backed the former champion in his pursuit of a fair contract with the UFC.

“I’m happy for Francis (Ngannou),” Jon Jones told Sports Illustrated. “I’m glad that Francis knows his worth. No man has a right to shame another man for fighting for his worth. I was in a very similar situation as Francis as a light heavyweight. I was never happy with my salary. I had to sit out three years, and I missed a lot of times, but now we’re here. I encourage Francis on his journey, and I wish him all the best. Another company is going to be truly blessed to have him.”

Despite their paths failing to cross during their respective Octagon tenures, Jones revealed he is confident of fighting Ngannou at some stage in the future.

“I do believe my path will cross with Francis (Ngannou),” Jon Jones explained. “Dana White always gives the fans what they want to see, and a Jon Jones-Francis Ngannou fight will always be a fight of interest. So I’m not counting it out. I’ll keep an eye on Francis.”

Landing a bout against the aforenoted, Gane instead, Jones believes he offers a steep step-up in competition for the former interim champion – who is fresh from a July knockout win over Tai Tuivasa.

“I respect that Ciryl (Gane) took this fight,” Jon Jones explained. “I like what he stands for. He carries himself like a gentleman. I know he has a lot to gain and not much to lose, but this is a huge step up in competition for him in my opinion.”