Jon Jones has announced his return, albeit not in the sport we expected.

Jones revealed Saturday that he will be competing against Bellator Heavyweight Jake Hager in a professional grappling match hosted by FURY Pro Grappling.

He dropped “breaking news” that he’ll be competing for the top grappling organization in the world on December 9th.

Jake Hager Says, Not So Fast

It appears that Jones may have jumped the gun by going public with this news. Hager disputed Jones claim and clarified that he’s with AEW these days, no longer WWE

Jones and Hager both have collegiate wrestling backgrounds. Jones was a National Junior College Athletic Association (NJCAA), an All-American and National Champion (2006).

That same year, Hager was an NCAA All-American out of the University of Oklahoma, even setting the single-season record for most pins in the 285 lbs. weight class.

Jones competed in a grappling event in 2016 against the legendary Dan Henderson. Jones won that contest via arm-triangle choke. If this contest does become official, it will be Hager’s first time competing in a professional grappling event.

Jon Jones has not competed in MMA since February of 2020 in a victory over Dominick Reyes. He is expected to make his heavyweight debut in the first quarter of 2022.

Meanwhile, Jake Hager competes in Bellator’s heavyweight division. Most recently, he defeated Brandon Calton via split decision to improve his pro MMA record to 3-0. He also wrestles for All Elite Wrestling as a member of Chris Jericho’s Inner Circle faction.

MMA News will keep you updated if this grappling match does become official or if it winds up on the scrap heap. 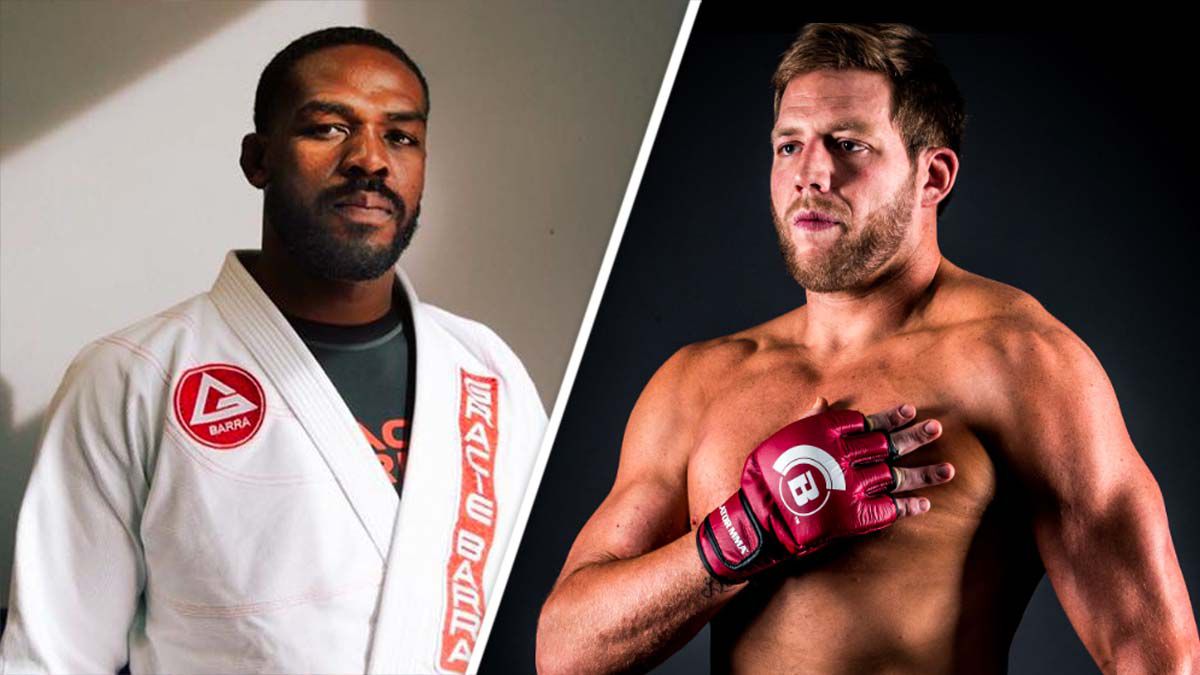