Renowned MMA voice and UFC play-by-play commentator Jon Anik has revealed the biggest question he wants answered in the promotion this year.

MMA’s premier organization had a host of memorable moments in 2021. From the return of fans and memorable knockout wins for Kamaru Usman and Rose Namajunas at UFC 261, to the remarkable championship wins for 42-year-old Glover Teixeira and underdog Julianna Peña in the final quarter, last year certainly delivered in droves.

One constant over the top of each pay-per-view moment and occasional UFC Fight Night classic was the voice of Jon Anik. Not only has the Boston native become a fan favorite in the sport, but he’s also established himself as one of the hardest-working and knowledgeable personalities involved in MMA.

With that in mind, not many are better placed to discuss the upcoming year for the UFC. During a recent interview with MMA Fighting’s Mike Heck, Anik was asked for his “burning” question heading into another 12 months of competitive and enthralling action inside the Octagon.

His answer centered around one man: Khamzat Chimaev.

“I mean, people bang on me and Dana [White] because they think there’s some agenda with Khamzat Chimaev. We’re just going by what we’ve seen with our own eyes. My big question was how many times could he make 170 pounds? Was he long for this division? And, even though the [UFC 267] weight cut was a little bit dicey, I have more conviction now in his ability to make the weight than I did before. I just do.

“It seems like his coaches have him of a singular mind that he’s chasing welterweight contention and not gonna be dicking around at middleweight. So yeah, my burning question is: Is Khamzat Chimaev as elite he seems to be? As strong and dangerous as he seems to be? And can he work himself into a fight with a guy in Kamaru Usman who is something like 15-0 in the UFC and one of the greatest, if not the greatest, of all time? That’s sort of at the tip of my tongue right now.”

Chimaev Broke Back Onto The Scene In 2021

Jon Anik’s answer is understandable. Chimaev is one of the most exciting and talked-about rising stars in the UFC today.

“Borz” immediately made an impact when he debuted in 2020. With a perfect 3-0 record and a trio of triumphs recorded in the space of just 66 days and across two weight classes, many branded Chimaev the breakthrough fighter of the year.

After a battle with COVID-19 saw multiple bookings with top contender Leon Edwards fall through, and even brought up thoughts of retirement, Chimaev’s rapid surge was stalled. But he certainly hit the accelerator when he returned to the cage late last year.

At UFC 267, the Chechen-born Swede faced ranked contender Li Jingliang. Having committed to a title charge at welterweight, the clash with “The Leech” represented his first step towards contention. Not only did he extend his unbeaten record, Chimaev brutally choked out a tough opponent and established himself as a threat to the 170-pound top 10.

While Chimaev’s next step is unclear, 2022 is set to be a huge year for him. Like Jon Anik said, the next 12 months will define whether the hype surrounding “Borz” is for good reason.

Whether it’s Gilbert Burns, Belal Muhammad, or even Colby Covington, Chimaev’s next Octagon outing will be crucial in defining his place in the UFC. Should he emerge victorious, we’ll likely see him challenge for gold before 2022 is out.

What do you think is the most intriguing question in the UFC this year? Do you agree with Jon Anik? 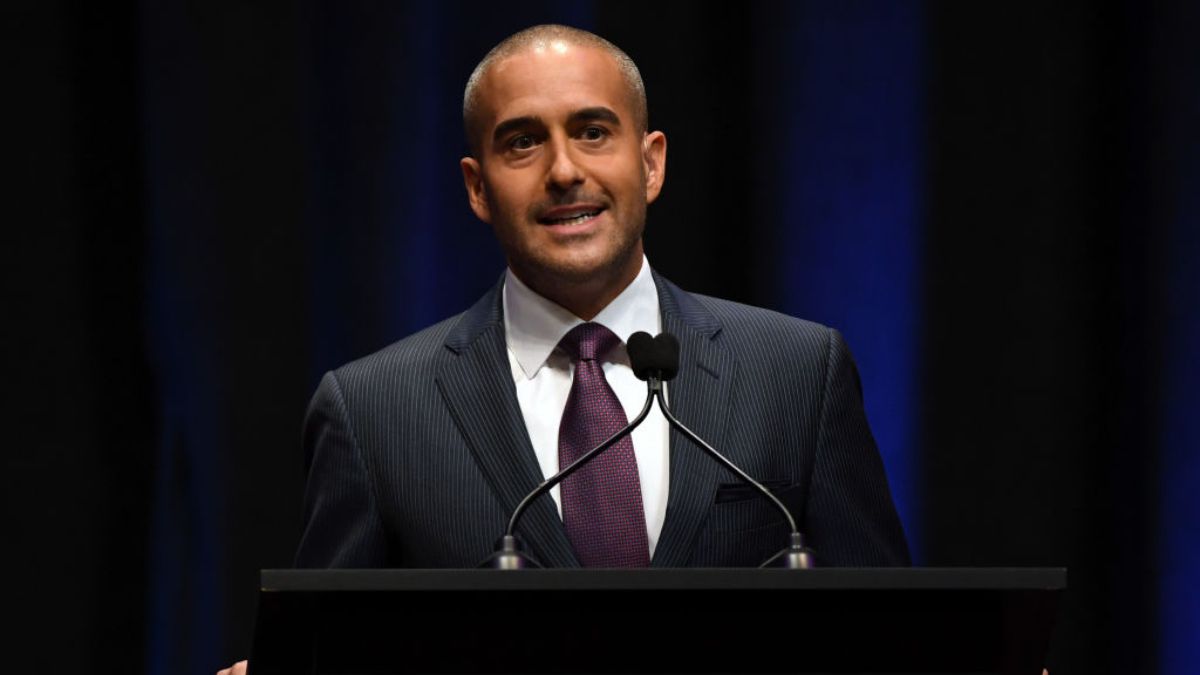