Jon Anik Believes Dustin Poirier Has Already Cemented Himself As An MMA Great: “I Don’t Think He Needs An Undisputed UFC Lightweight Championship.”
published on December 28, 2022
curated and posted by BRWLRZ Team 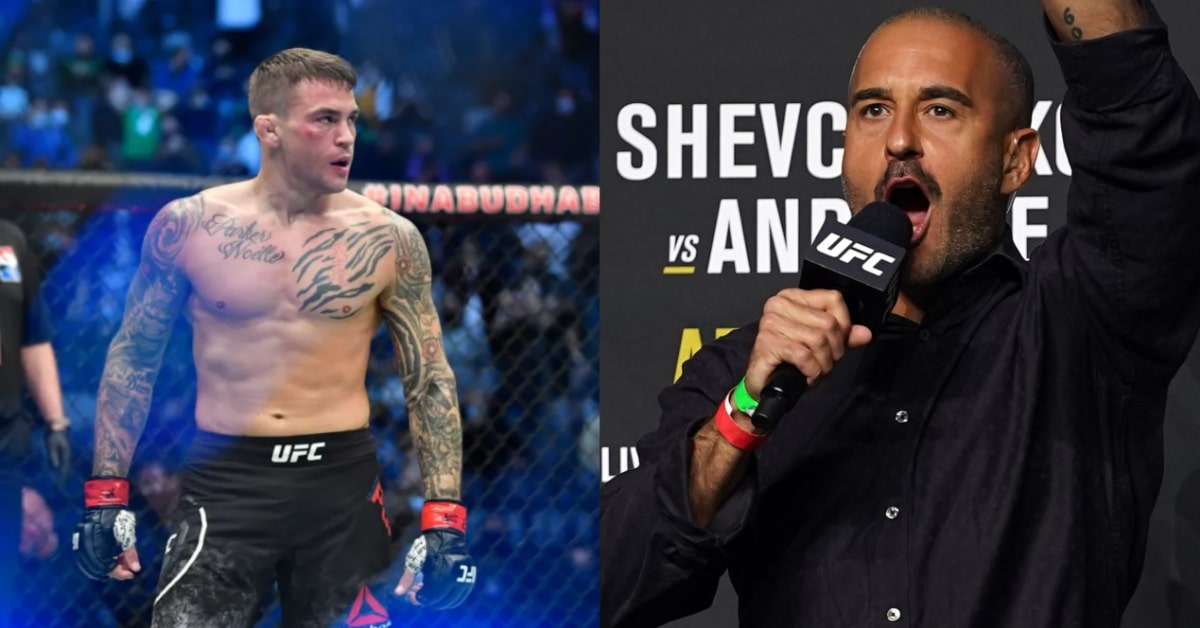 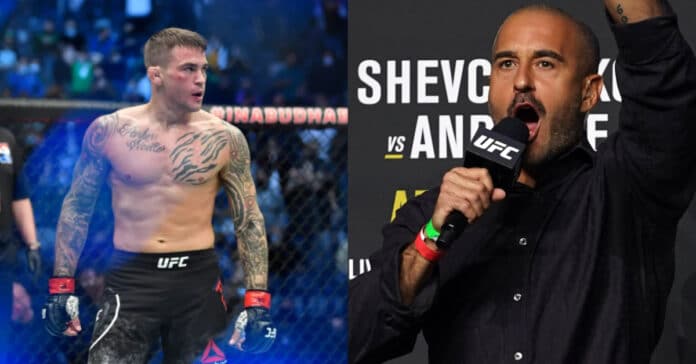 Jon Anik has praised Dustin Poirier’s legacy as a fighter, and claims ‘The Diamond’ does not need to capture the 155lb title to be considered a divisional great.

Dustin Poirier has been one of the standout fighters in terms of pure entertainment and technical violence over the past few years. The native of Louisiana has squared off against some truly elite opposition, including the likes of Conor McGregor, Michael Chandler, Justin Gaethje, Khabib Nurmagomedov, and Charles Oliveira. Whilst ‘The Diamond’ may not have won every fight, he truly has been must-watch TV every step of the way.

Poirier’s career still has several years to go, but he has come up short in his attempts to capture the UFC lightweight title twice now, although he did pick up an interim title when he defeated Max Holloway at UFC 236. With Islam Makhachev now champion, and the lightweight division being the shark tank that it is, there is a good chance that ‘The Diamond’ has missed his shot to be an undisputed champion.

However, UFC commentator Jon Anik has argued that Poirier doesn’t need titles to be called a divisional great.

“I don’t even know how to be articulate when talking about Dustin Poirier, I just want to call him an f’ing gangster and say, ‘Oh my f’ing God, this guy, man,’” Anik told MMA Fighting. “Durability, focus, boxing fundamentals — gosh, if you’re in an alley, don’t you want f****** guy [with you], bro?”

“Dustin Poirier is incredible, and I don’t think he needs an undisputed UFC lightweight championship to prove any sort of greatness. This was a difficult matchup [for Poirier] in a lot of respects. Michael Chandler’s explosivity is a problem for a lot of people, and maybe if Chandler makes a little bit of a different decision at times in this fight, the narrative flips.

Anik went on to praise Dustin Poirier for his recent win over Michael Chandler, in which ‘The Diamond’ was forced to overcome massive adversity to order to take home the win.

“Dustin Poirier’s ability to recognize when he’s hurt, bite down on the mouthpiece, and then, obviously, his skill set is such that he is able to submit a guy in this setting, his ability to rise to the occasion, and then just the attitude after the fact to tell Michael Chandler — however respectfully or not — that this is his house, the octagon, which he’s essentially competed 30 times. Huge night for Poirier in proving that his UFC body of work counts for a whole lot, and obviously I have buckets of respect for Chandler in defeat.”

“It’s crazy calling a fight like that, you can be sure. I hope we did it justice,” Anik went on to state. “Brian Stann was texting me that maybe we could’ve done that fight more justice with our commentary, but you know, best we could do.” (H/T MMA Fighting)

Where do you think Dustin Poirier ranks in terms of all-time 155lb greats?