Johnny Walker Wants To Be a Two Division Champion
published on October 1, 2021
curated and posted by BRWLRZ Team

Johnny Walker is preparing for his next fight in the Octagon this upcoming weekend at UFC Vegas 38, but that is not stopping him from looking into the future. Walker has only been in the UFC since 2018, but since he arrived he has been turning heads. With three crazy KO finishes to begin his UFC career, Walker shot up the rankings. Like most fighters, getting the belt is the goal, but Walker is not willing to stop there.

Walker sat down for a chat with MMA Fighting’s podcast Trocação Franca to discuss his future.

“When I get the belt [on my shoulder], I’ll want one on the other side as well,” Walker said. “I’ll defend it once, twice, and move up to heavyweight to make history. After I take off, brother, I’ll burn all the fuel until I see how far my rocket can fly.”

On Saturday night Walker will be taking on Thiago Santos in his first UFC headlining fight. If all goes according to plan, he will be on his way towards a title fight soon. Currently sitting in the number ten spot in the rankings, a win over Santos could rocket him into the top five. However, time is of the essence of Walker.

“My window, it’s in my prime right now,” he explained. “I have enough experience and I’m still young, so I’m in my prime. I’m starting my prime. I think an athlete’s prime depends a lot on the quality of their life, genetics, but I think I’ve started my prime now. I’m 29 and I think I’ll fight at a high level until I’m 35.”

Walker is coming off a very impressive KO victory over Ryan Spann in September of last year. He has been out since dealing with an injury. Santos is coming into this bout having lost his last three. He has not won a fight since his title shot loss to Jon Jones two years ago.

Do you think Johnny Walker will ever be a UFC champion? 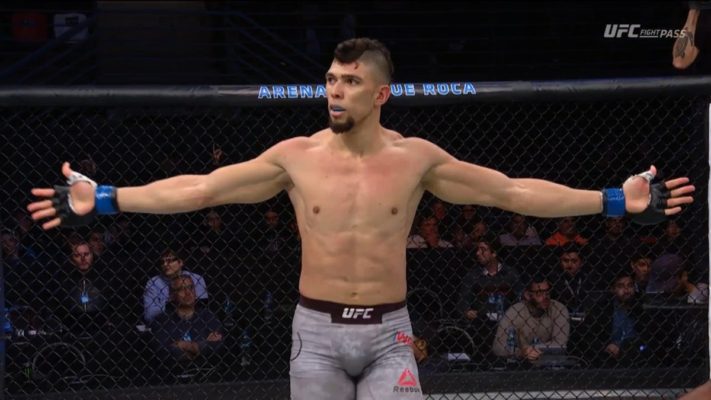