Johnny Walker Tests Positive For COVID-19 For The Second Time
published on January 5, 2022
curated and posted by BRWLRZ Team

UFC light heavyweight Johnny Walker has revealed he’s tested positive for COVID-19 for the second time since the pandemic caused havoc around the world.

Walker’s first bout of the rampant virus came near its peak in 2020. The Brazilian faced and defeated Ryan Spain at UFC Vegas 11 in September. The knockout finish, his 15th in MMA, came less than three minutes into the opening frame.

But days prior to the clash, Walker revealed the fight, which took place on the 19th, had initially been scheduled for the 5th. The bout was pushed back owing to a positive Covid test for Walker while he was in Ireland. The 29-year-old believes he likely caught it while traveling to Dublin to train at John Kavanagh’s SBG Ireland gym.

Fast forward nearly a year-and-a-half, to a time when the new Omicron variant is threatening to cause further havoc, and Walker has found himself back in isolation following a positive result.

Taking to his Instagram on Sunday, the #10-ranked light heavyweight contender revealed the news and described his current case as similar to his first in terms of symptoms. He also confirmed he’d been vaccinated in late 2021.

“COVID 2, Johnny 0. Second time testing positive, I took the Johnson vaccine two months ago and was still infected. I felt the same symptoms last time, which are just that of a flu.

“Well, I’m at rest and taking advantage of the opportunity I’m recording everything to post on my YouTube channel, supplements, diet, symptoms. If you want to stay on top of everything I’ll post it weekly, the link is in my bio, subscribe there, it’s free. Don’t forget your mask. My new year was quarantined.”

What’s Next For Johnny Walker?

In March 2019, Walker was arguably one of the hottest rising prospects in the UFC. After earning a contract on Dana White‘s Contender Series, the Brazilian entered the promotion with consecutive first-round knockouts. He made that three when he finished Misha Cirkunov with a brutal flying knee at UFC 235.

But Walker’s fortunes changed pretty quick. In fact, they did so about 10 seconds after his fight with Cirkunov ended when a worm celebration left him sidelined with a dislocated shoulder. Upon his return, the Rio de Janeiro native fell to back-to-back losses for the first time in his career. Those defeats came against Corey Anderson and Nikita Krylov.

Despite rebounding against Spann, Walker failed to carry that momentum into his main event debut. In a lackluster clash with former title challenger Thiago Santos in October 2021, the 29-year-old was outpointed across five frames.

With three losses in his last four Octagon outings, Walker’s next appearance is crucial in keeping his place inside the 205-pound top 10. But the tough tests look set to continue for the SBG Ireland product. Recent reports suggest the UFC is targeting a matchup between Walker and Jamahal Hill.

While Walker will be looking to return the win column this year, Hill will be hoping to continue his form, which saw him finish Jimmy Crute in the opening round last month. The #12-ranked contender’s victory over the Australian marked an impressive rebound from his sole MMA loss against Paul Craig last year, which saw him suffer a gruesome dislocated elbow.

How do you think Johnny Walker would fare against Jamahal Hill? 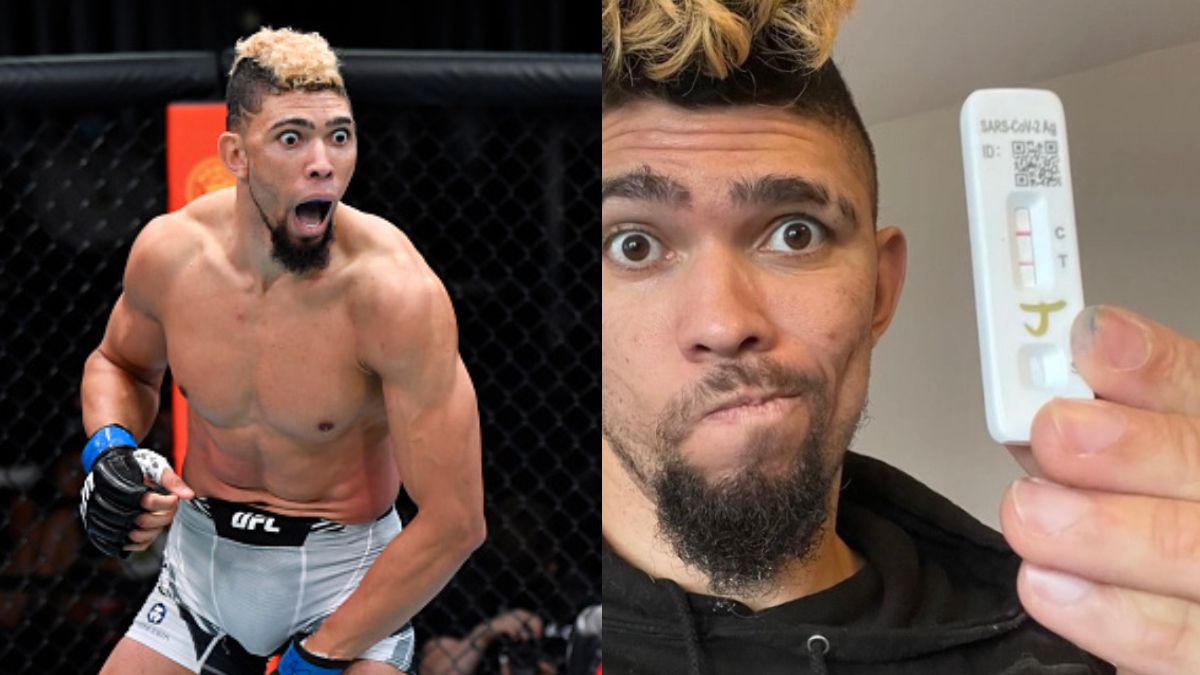