Johnny Walker is quite confident in his ability to take out light heavyweight champ Jan Blachowicz.

Walker has had an up-and-down run in the UFC up to this point. While he made a big splash in his early fights in the promotion, winning his first three bouts by brutal knockout, he lost two in a row to Corey Anderson and Nikita Krylov, which temporarily put a damper on his rise to the top.

Despite not having fought in over a year, getting back on track by beating Ryan Spann in September of 2020, Johnny is still confident in his ability to be a future champ. Ahead of his return to action against Thiago Santos this weekend, he spoke on the MMA Hour about champ Jan Blachowicz, saying that he feels like he could easily take out the Polish fighter.

“Jan, he’s tough. He’s good, he’s the champion but I can beat him 100 percent. He’s not really skillful. He’s strong, he’s tough. I respect him, he’s a champion, right? He beat Adesanya, he got the belt. He’s doing great, but I can do better,” Walker said (h/t MiddleEasy).

It is certainly not out of the realm of possibility for Johnny Walker to eventually make his way back towards the top of the 205lb division, and a win over number five ranked Thiago Santos would certainly do a lot to propel him there. With that in mind, there have been some proven holes in his game that were put on display in those back to back losses, so it will be interesting to see what improvements he has made to his game in the year he has had off.

There is a bit of a line at the top of the light heavyweight division, with Jan Blachowicz set to take on top contender Glover Teixeira, with Jiří Procházka and Alexander Rakic not far behind. Perhaps Johnny can get a big win on Saturday night, and with one more after that, be right there with the other top contenders. 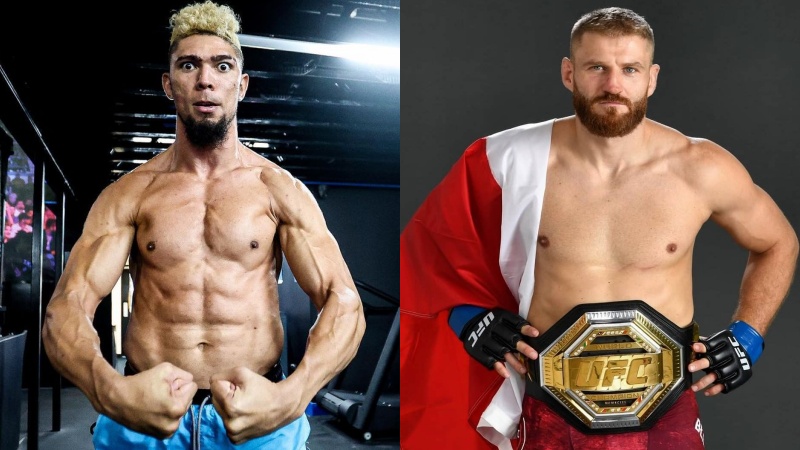