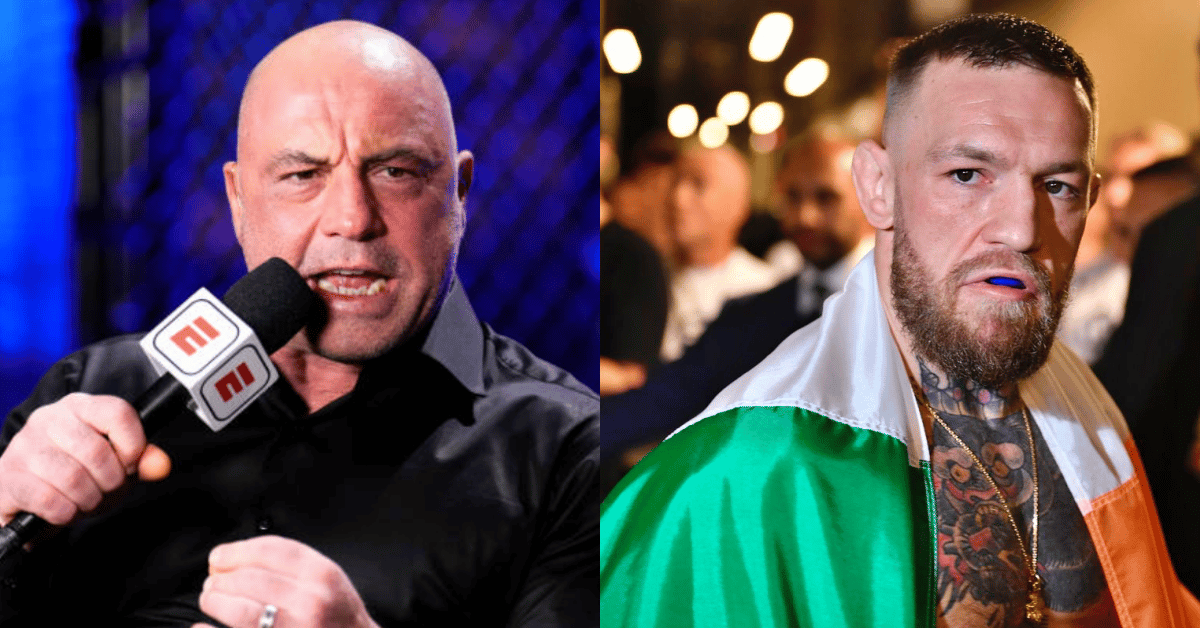 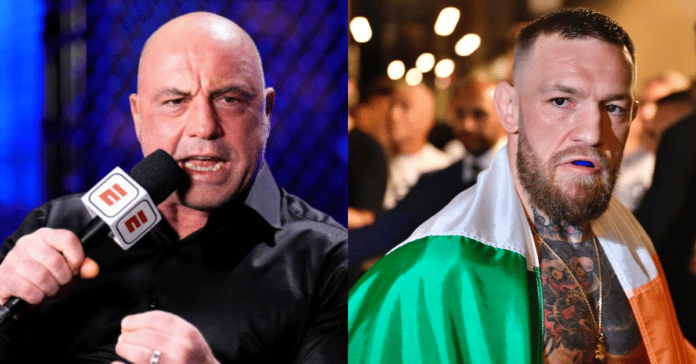 UFC color-commentator, Joe Rogan has showered praise on former two-weight promotional champion, Conor McGregor – labelling the Dubliner an “extraordinary human being” whilst reflecting on the latter’s stunning 13-second knockout win over Jose Aldo back in 2015.

McGregor, a former undisputed lightweight and featherweight champion under the banner of the UFC, has been sidelined since July of last year, suffering a fractured left tibia and fibula in a first round doctor’s stoppage TKO loss against Dustin Poirier.

In the time since, McGregor, who has not been subject to anti-doping testing by USADA (United States Anti-Doping Agency) since the third quarter of last year, has been the subject of speculation regarding his speculated use of performance-enhancing drugs during his time away from the Octagon.

Amongst speculators; light heavyweight contender, Anthony Smith, and the aforenoted, Rogan – who joked that a urine sample provided to USADA by Conor McGregor would likely melt through the collecting apparatus.

Taking umbrage with Rogan’s comments, McGregor unleashed a tirade aimed at the comic and podcast host in response.

However, discussing McGregor’s knockout win over the above-mentioned Brazilian icon, Aldo on the victory’s seventh year anniversary, Rogan described the 34-year-old as an “extraordinary human being”.

“And to get to that one moment where you look at each other in the Octagon and he (Conor McGregor) looks at him and he goes, ‘Let’s go, boy. Let’s go, boy.’ And you see Aldo’s like, ‘Holy sh**t, this is really happening.’ But Conor couldn’t be more relaxed. That’s mind management. That’s confidence, preparation, intelligence – emotional intelligence. There’s so many factors.”

People don’t really understand what it is because they look at it from the outside,” Joe Rogan said. “‘It’s violence, it’s horrible.’ It’s a high-level problem-solving with dire physical consequences and it’s the craziest game you can play.” (Transcribed by Middleeasy)