A middleweight bout between the buzzing Joaquin Buckley and UFC veteran Alessio Di Chirico has reportedly been added to the January 16 Fight Night card.

According to an MMA Junkie report, Joaquin Buckley will be making his 2021 debut against Alessio Di Chirico on January 16. The 26-year-old Buckley had quite a 2020. After making his UFC debut in August in a losing effort against Kevin Holland, Buckley would have quite the epic bounceback, with the most viral KO of the year over Impa Kasanganay followed by another second-round KO over Jordan Wright. We’ll see if Buckley carries over his penchant for knockouts into the new year when he meets Alessio Di Chirico.

As a loser of three straight, UFC veteran Alessio Di Chirico will enter the Octagon against Joaquin Buckley in a must-win situation, particularly with the dreaded and widely circulating roster cuts that are impending. Di Chirico has been in the UFC for over four years and carries a promotional record of 3-5. He still had an over .500 winning percentage prior to the current losing streak, with losses coming against common opponent Kevin Holland, Makhmud Muradov, and, most recently, Zak Cummings. Di Chirico has never been knocked out in his MMA career, though, so Joaquin Buckley will need to either become the first man to do so or find another path of victory if he is to deliver Di Chirico his fourth straight loss.

With the addition of this middleweight bout, the current UFC on ESPN: Holloway vs. Kattar lineup includes the following bouts:

What is your prediction for this middleweight bout between Joaquin Buckley and Alessio Di Chirico? 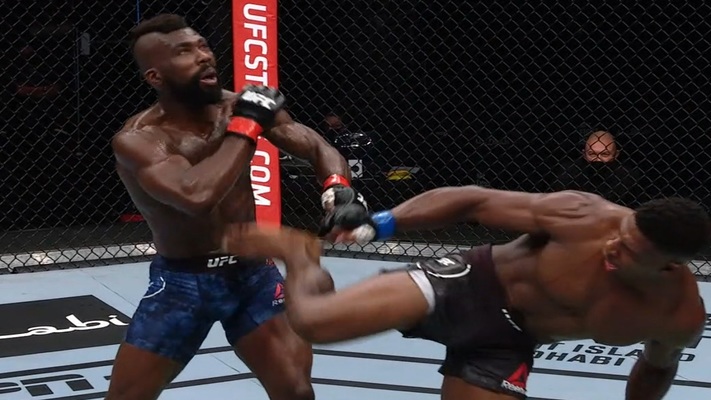