Joanne Wood Disses Murphy For Shevchenko Loss: ‘Die On Your Sword’
published on November 20, 2021
curated and posted by BRWLRZ Team

Wood was the last person that Murphy had to beat, in order to secure her shot with the flyweight champ, in a close fight that resulted in a split decision. Then Murphy went on to face Shevchenko, but lost in devastating fashion, getting TKOd in the fourth round of a one-sided fight.

Ahead of her return to the Octagon at UFC Vegas 43, Wood bashed Murphy for her performance against Shevchenko, while speaking on The MMA Hour. She said that Murphy did not really do anything to push the pace, and that she should have taken more risks to beat the champ.

“I feel like Lauren Murphy, she scraped that win from me, and then she went out and did that performance. At least go out on your sword,” Wood said (h/t Sportskeeda).

“Go out there and take it to the champ,” Wood continued. “For me watching it as a fan, I was like, there’s nothing happening here. I know Valentina’s a calculated killer, but you can at least go out there and make it exciting. Die on your sword.”

Joanne Wood might have the chance to prove that she can do better than Lauren Murphy, if she is able to get past Taila Santos, this weekend. She is one of the few contenders at 125lb that the dominant champion has not already beaten, so it does not take more than a win or two to put someone into title contention in the flyweight division.

Either way, the important thing is for Wood to get back on track tonight at UFC Vegas 43. From there, time will tell if she gets the next title shot against the champ, Valentina Shevchenko.

Check out the full interview with Joanne Wood, in the video below: 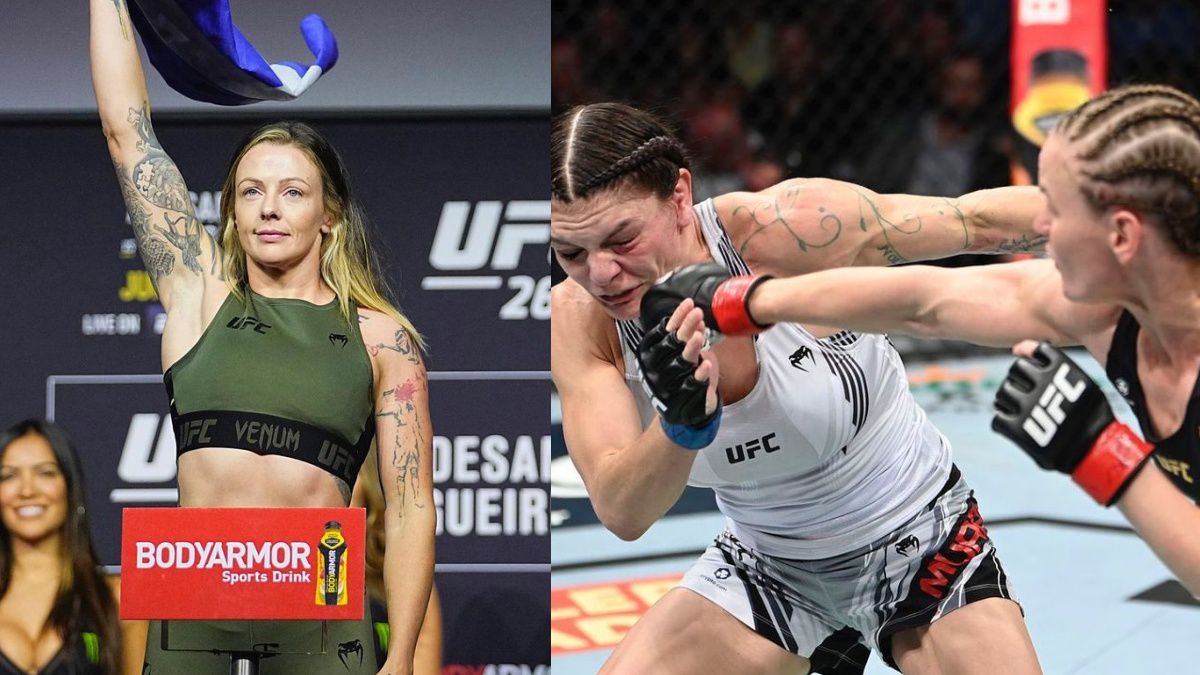