Joanna Jędrzejczyk is thinking about her return to the UFC and who she would face.

The strawweight division in the UFC is stacked at the top. Champion Rose Namajunas just had her first title defense against Weili Zhang. Who is next for her might be up for debate right now but always waiting in the wings is former champion Joanna Jędrzejczyk.

Jędrzejczyk has been out of competition since her loss to Zhang back in March of 2020. The loss was her fourth since losing the title. Jędrzejczyk has mentioned wanting to wait until a title shot gets offered but now she might be coming around to another option for her return fight.

“(Zhang) might be the next one,” Jędrzejczyk told The South China Morning Post.”In case Rose is not ready to fight in March or April. I believe she wants to rest because she put on a hell of a performance and it was a pretty tough fight, five rounds. I bet she wants to enjoy her time as the champ, as a human, so we will see.”

The only strawweight opponents that Jędrzejczyk has lost to in her career have been Namajunas and Zhang. Jędrzejczyk was recently removed from the UFC rankings due to inactivity but she is still very relevant in the division and could easily squeak her way back into a title contention bout.

If she were to win one more against a top-ranked opponent, Jędrzejczyk could be right back in there vying for a shot at the belt. She is the longest-reigning strawweight champion with five title defenses in a row. Namajunas could be creeping up to challenge that record unless Jędrzejczyk or someone else can step in to stop her.

Do you think Joanna Jędrzejczyk can defeat Weili Zhang if they face off against each other again? 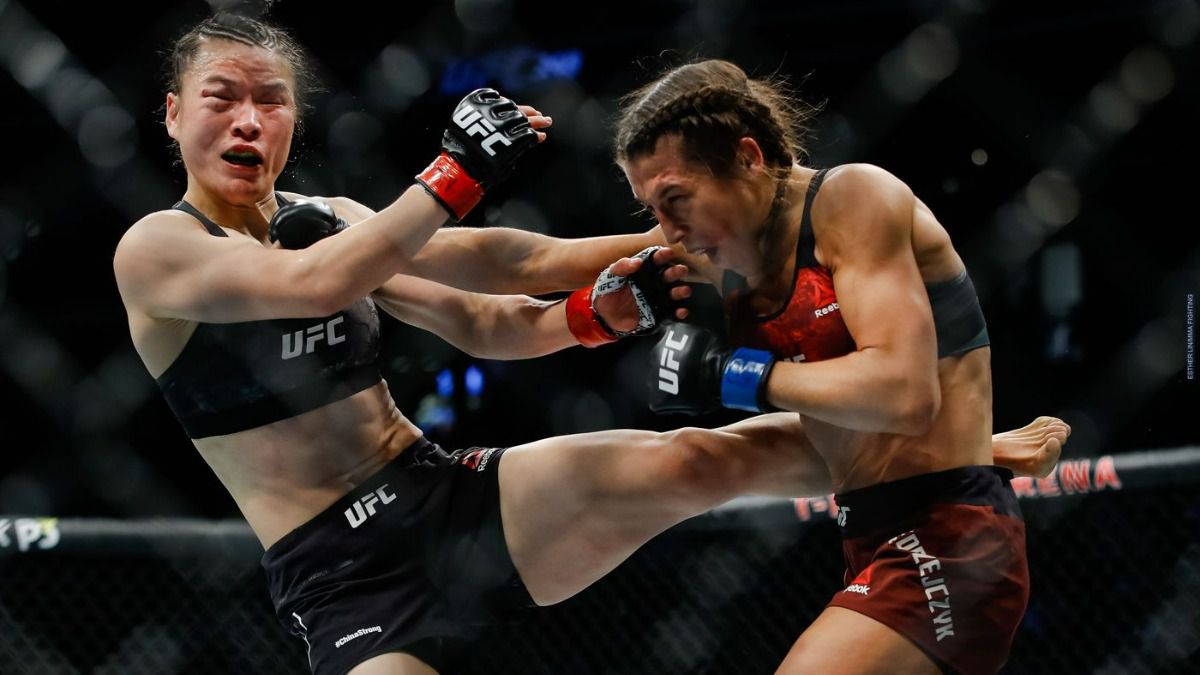