Joanna Jędrzejczyk claims she could be fighting for the world title next if she wanted, but she has no intentions of sitting out for the required wait time.

Former UFC strawweight queen Joanna Jędrzejczyk has not competed since March 2020 in her Fight of the Year-qualifying war against Zhang Weili. Zhang barely squeaked out a split-decision victory and went on to battle Rose Namajunas in back-to-back title fights that saw the Chinawoman come up short both times.

Meanwhile, Jędrzejczyk has been inactive since this classic struggle, waiting for the most suitable moment to make her long-awaited return. First, Jędrzejczyk expressed that she was not interested in competing while there were still no fans allowed in arenas due to the COVID-19 pandemic. She then voiced discontent with her current UFC contract, even though company president Dana White used her as an example of fighter wealth present on the company roster.

Joanna Jędrzejczyk Claims She Could Fight For Title In November/December

TORONTO, ON – DECEMBER 8: Joanna Jedrzejczyk of Poland enters the ring prior to her fight against Valentina Shevchenko of Kyrgyzstan in a flyweight bout during the UFC 231 event at Scotiabank Arena on December 8, 2018 in Toronto, Canada. (Photo by Vaughn Ridley/Getty Images)

Last November, Jędrzejczyk did name three potential names for her return fight, however. She expressed interest in facing either the winner or loser of the Namajunas/Zhang rematch at UFC 268 or Carla Esparza. With Esparza now being pegged as next in line for Namajunas, that leaves Zhang.

Jędrzejczyk acknowledges this as her most likely next fight but also claimed that she could be fighting for the world title in the fourth quarter of 2022 if she so chose (via BBC Sport).

“I thought it might be Carla Esparza, but it’s been confirmed she is next to fight for the championship,” Jędrzejczyk told Polish TV show Kanal Sportowy recently. There was also [Maria] Rodriguez, but she fights [Xiaonan] Yan in March so that leaves Weili.

“I don’t see any other fight. [UFC president] Dana [White] made me an offer to fight for the championship, but I would have to wait until November [or] December and I don’t want to wait. I want to fight.”

Due to her inactivity, Jędrzejczyk is currently no longer in the strawweight rankings. She has lost two of her last three fights and four out of her last six. She also holds two title-fight losses to current champion Rose Namajunas.

What are your thoughts on Joanna Jędrzejczyk’s claim that she was offered to fight for the title at the end of 2022? 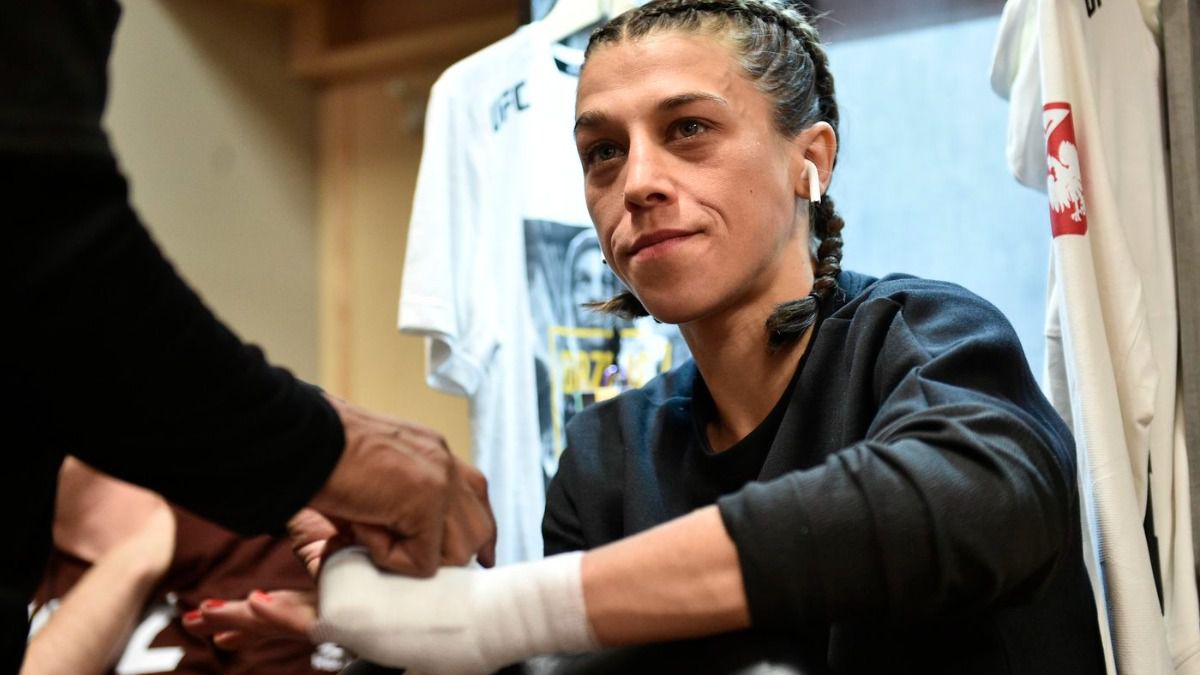