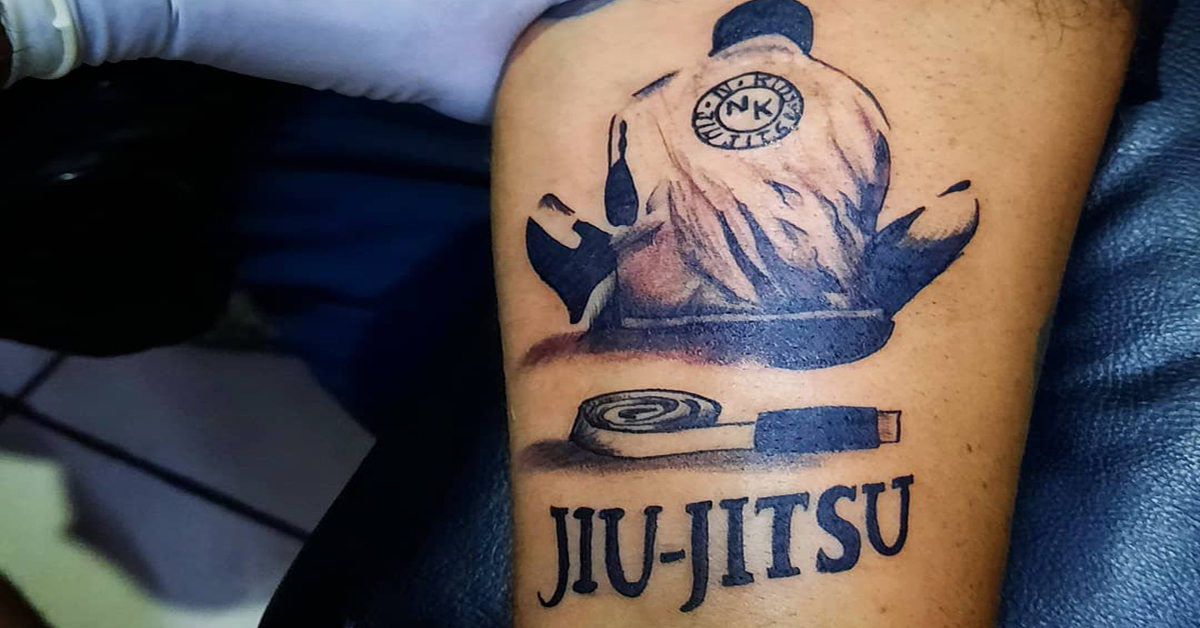 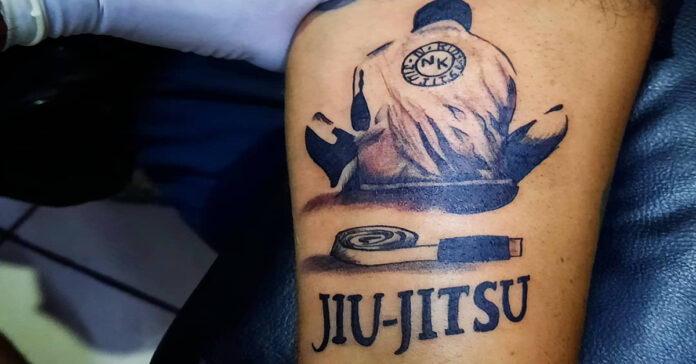 If you practice Jiu Jitsu, then more than likely you have or have teammates that have tattoos. Jiu Jitsu tattoos have become embedded in the culture of the martial art with numerous grapplers tatted up.

Why Are There So Many Grapplers With Tattoos?

No one really knows why tattoos have become so popular within BJJ. In modern culture, more people are getting tattooed more than ever.

Before it was just small sub sets of people that got tattoos, but now any type of person has them. This includes grapplers that get their own Jiu Jitsu tattoos.

Tattoos that symbolize their love of the grappling art and what they dedicated their life to. 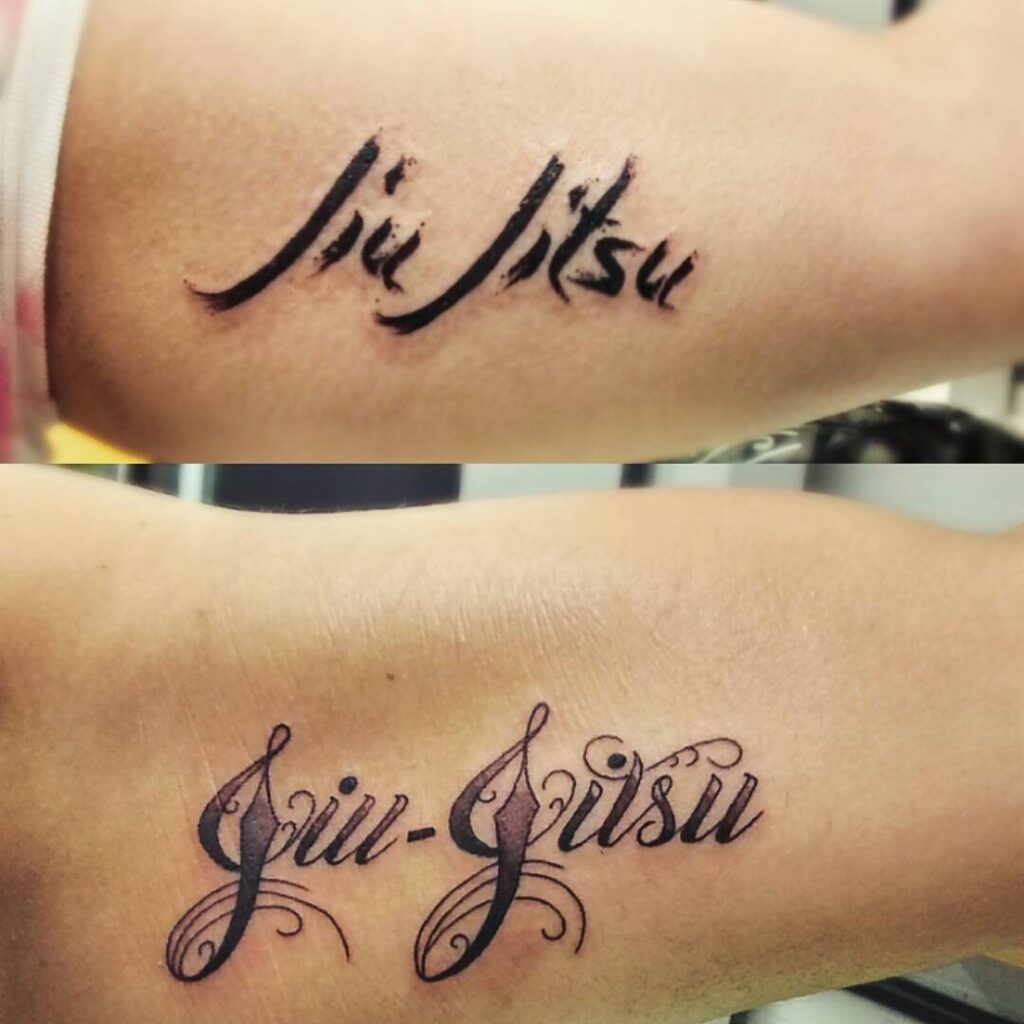 Many Jiu Jitsu practitioners will merely just get the words “Jiu Jitsu” tatted onto their bodies. You’ll commonly see the words Jiu Jitsu or BJJ tattooed onto a grapplers body in various types of scripts/lettering. 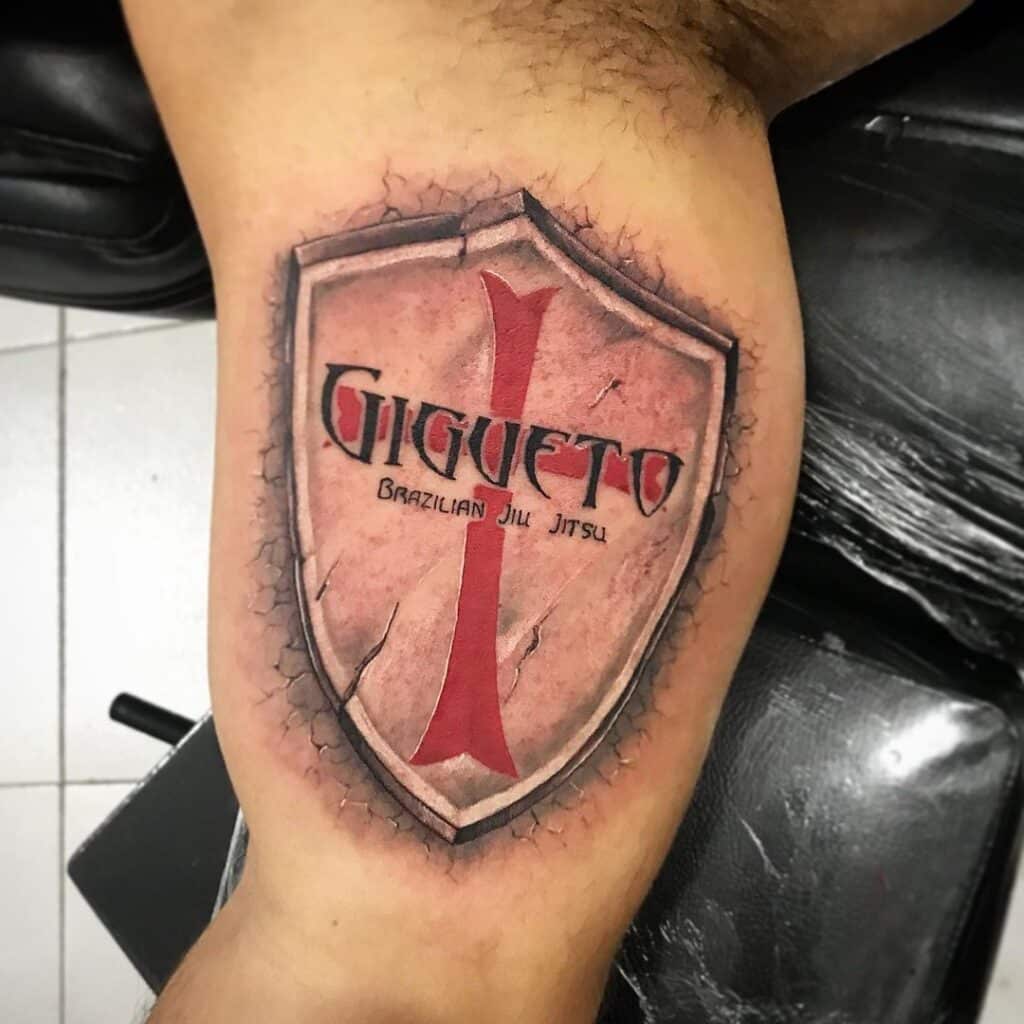 All Jiu Jitsu schools have their own crests that represents their schools. Instructors and students of these schools will often pay homage to their gyms by tattooing the crests onto their bodies.

Any Jiu Jitsu academy/affiliation you can think of has numerous students that have tattoos of the school crest. 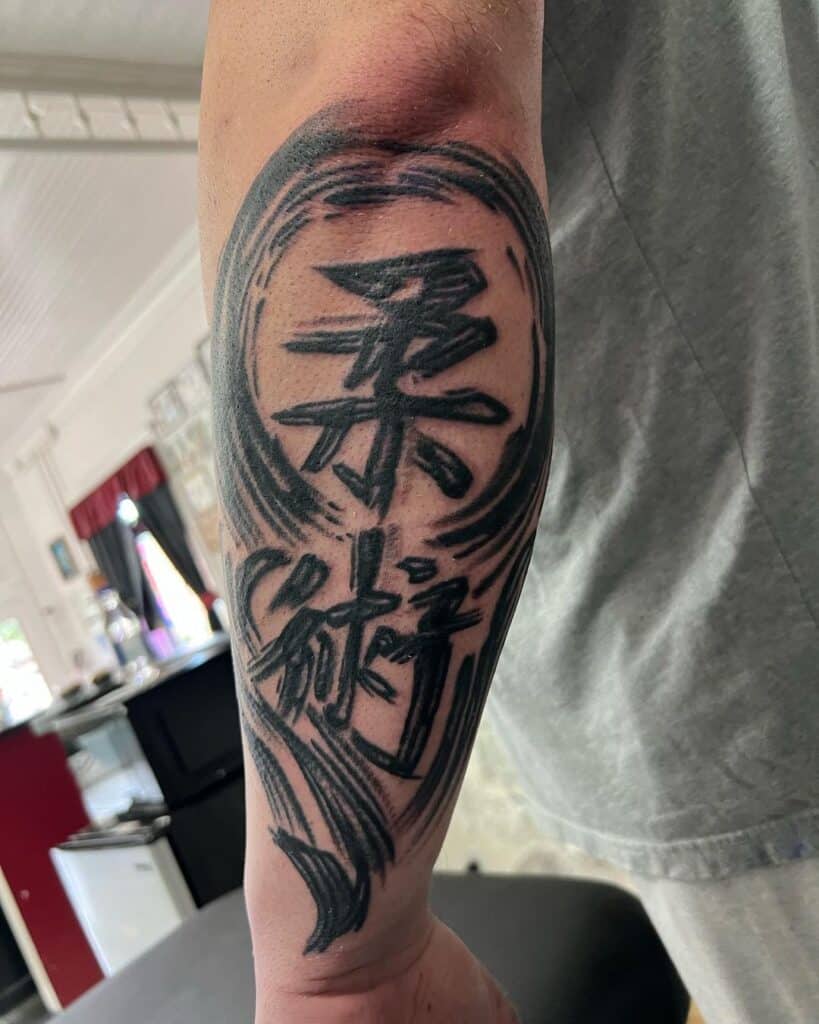 Along with the words Jiu Jitsu, many grapplers have gotten the kanji lettering of the term tattooed on them. Usually in black coloring, so it can be seen. 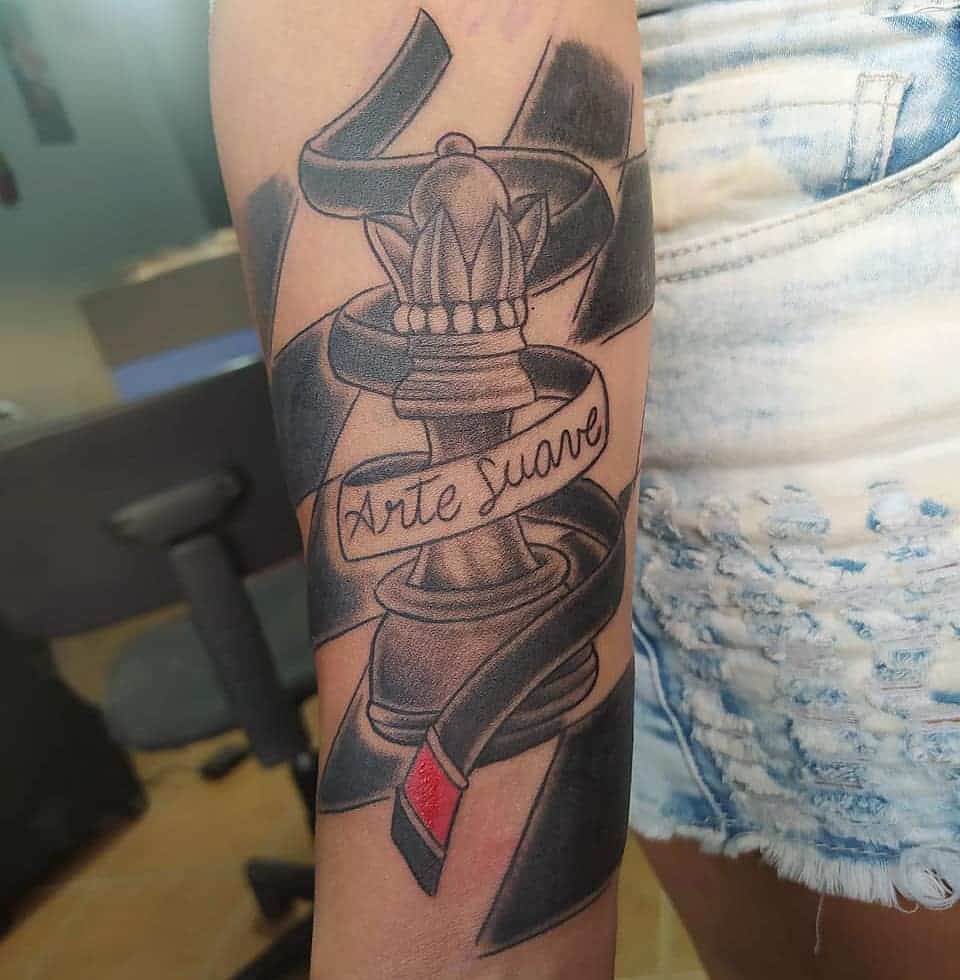 The Portuguese nickname for BJJ is arte suave or the gentle art. You will see many Brazilian grapplers with this term tattooed on their bodies. 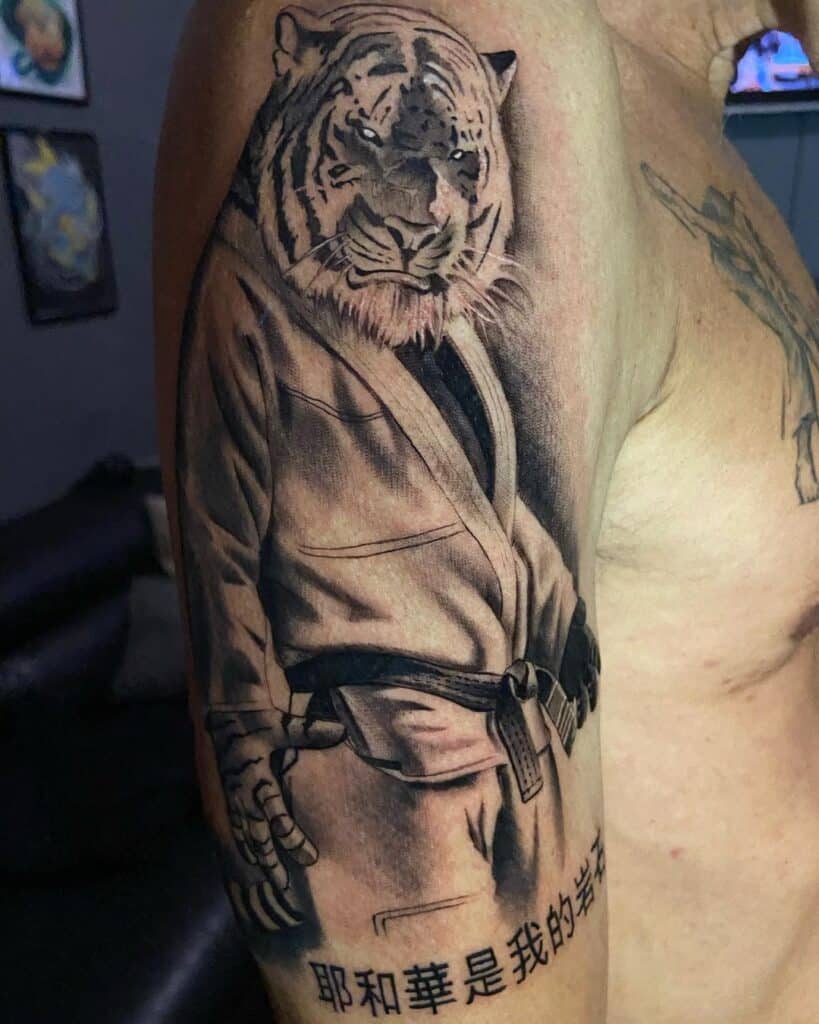 Animals like bears, sharks, gorillas, and lions are associated with Jiu Jitsu. Seeing one of these animals used in Jiu Jitsu tattoos is very common to see when you’re on the mat training. 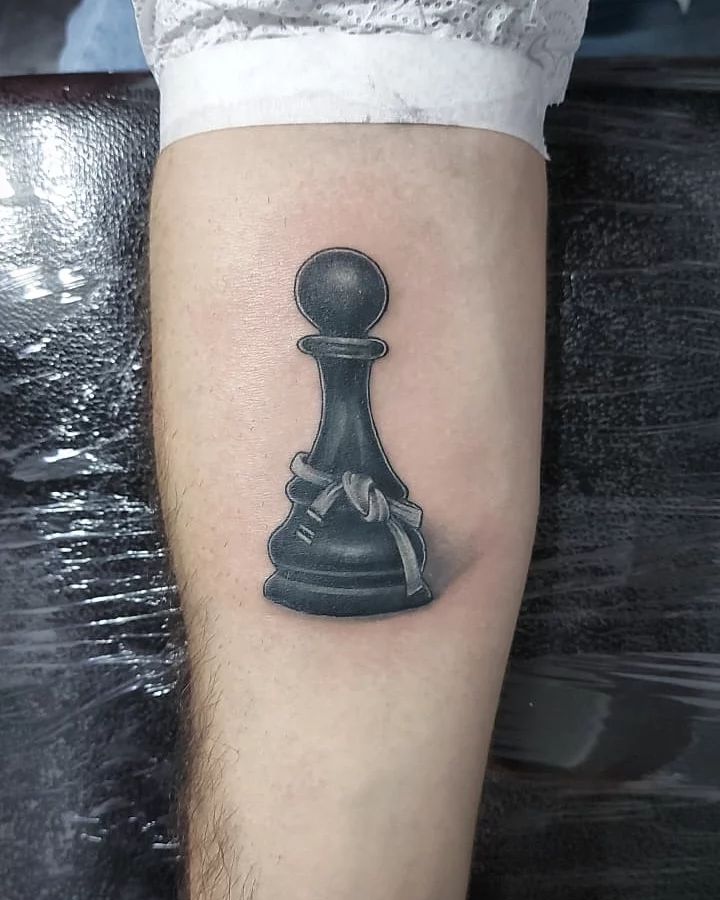 Many grapplers view Jiu Jitsu as a game of chance, which is why they tattoo chess pieces on their body. King or Queen pieces blended with the words Jiu Jitsu or a black belt are a common type of Jiu Jitsu tattoo. 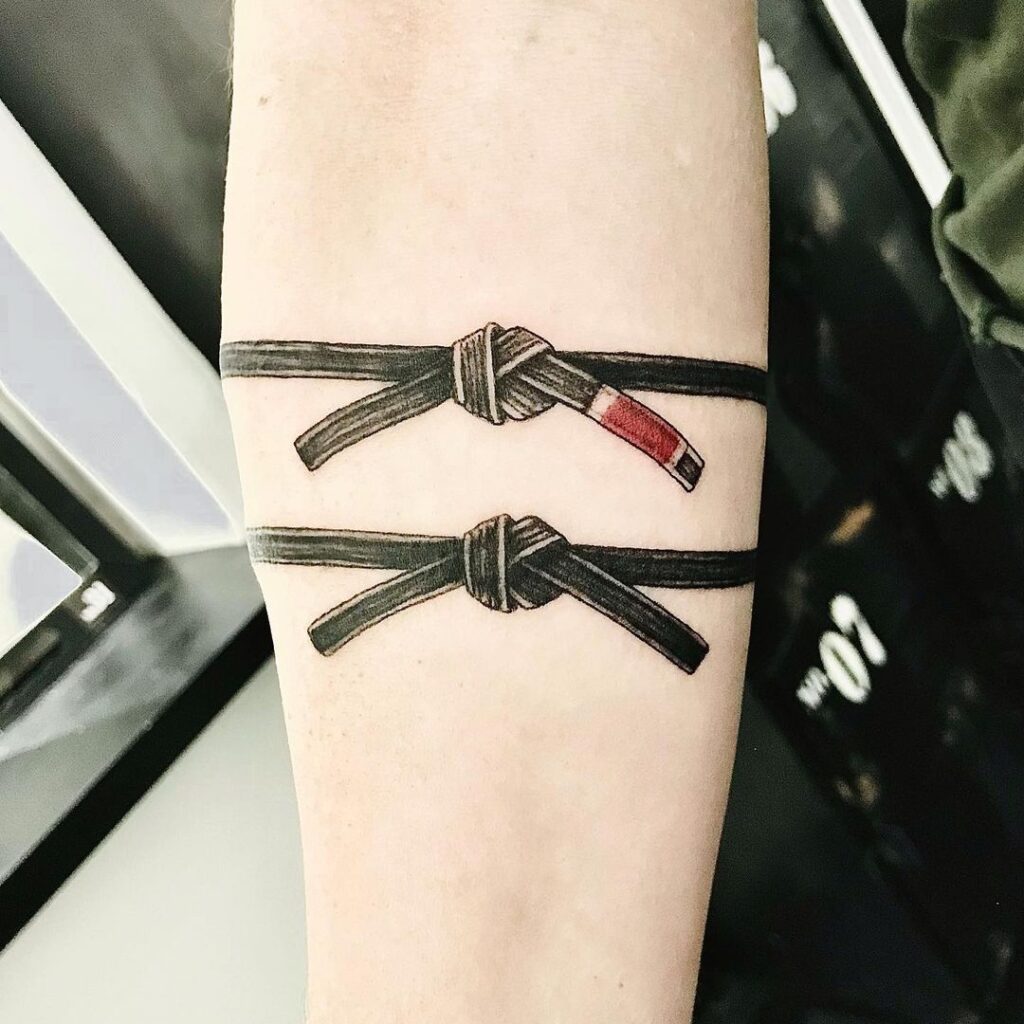 Whenever a grappler reaches the rank of black belt, they will often commemorate it by getting a tattoo. Something like a black belt somewhere on their body along with the date they received the rank. 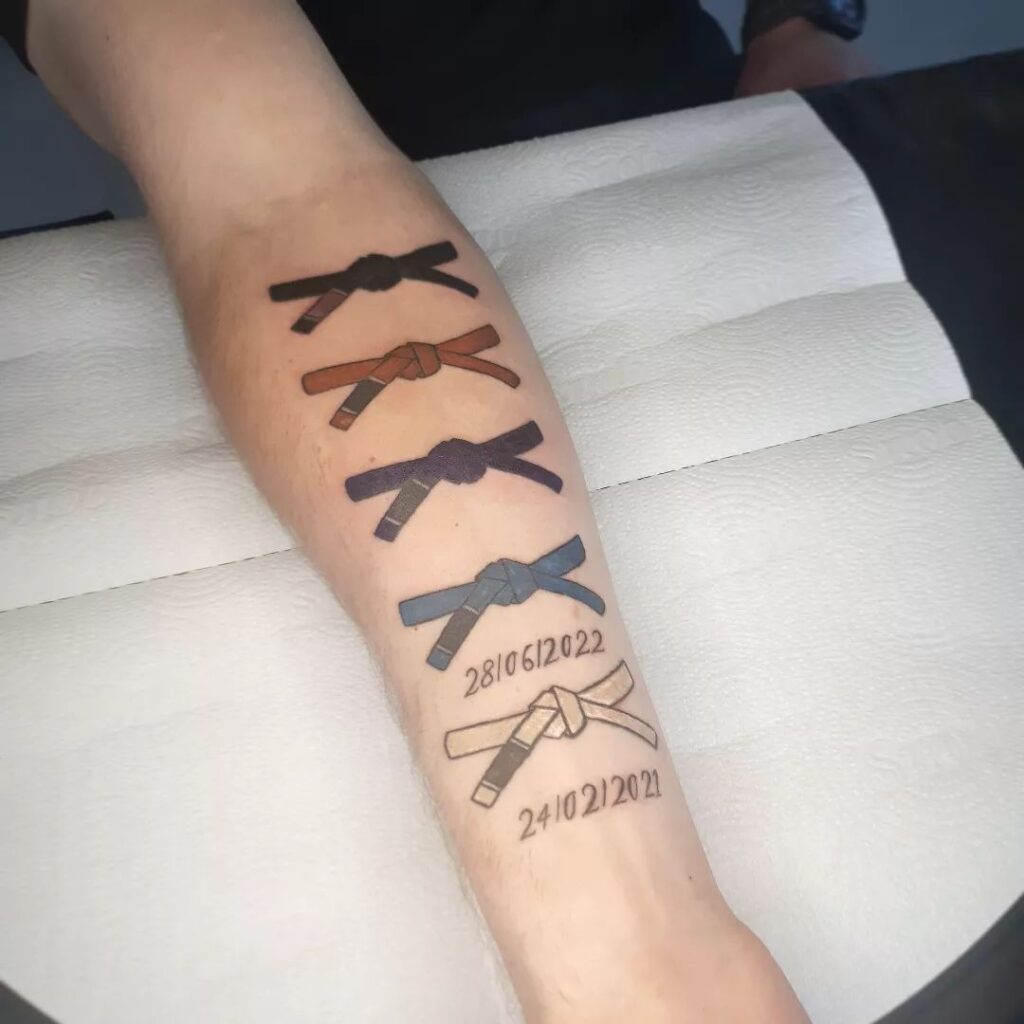 To go along with a black belt tattoo, many Jiu Jitsu practitioners will get every rank tattooed on them. They will tattoo an outline of the ranks on their body and fill them in everytime, they level up. Once they earn their black belt, the tattoo is complete. 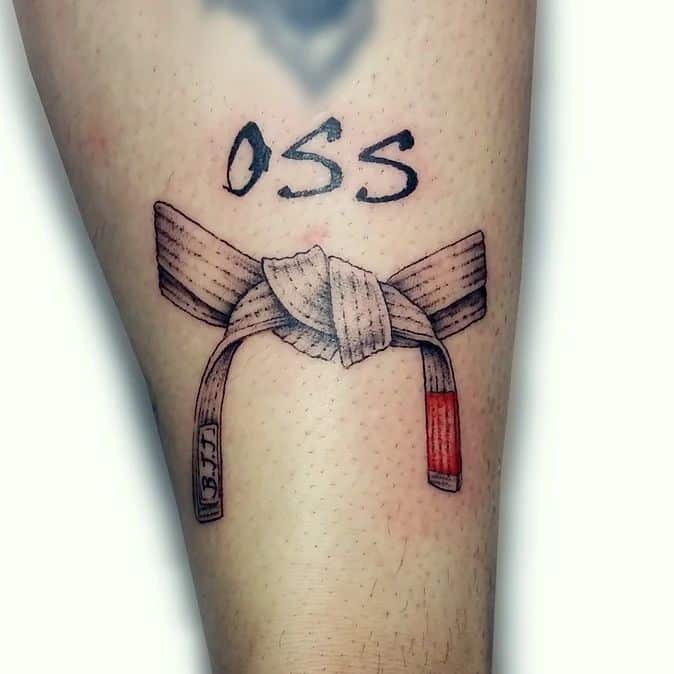 Many grapplers love saying “OSS.” So much so that it’s common to see BJJ practitioners have tattoos of the phrase. 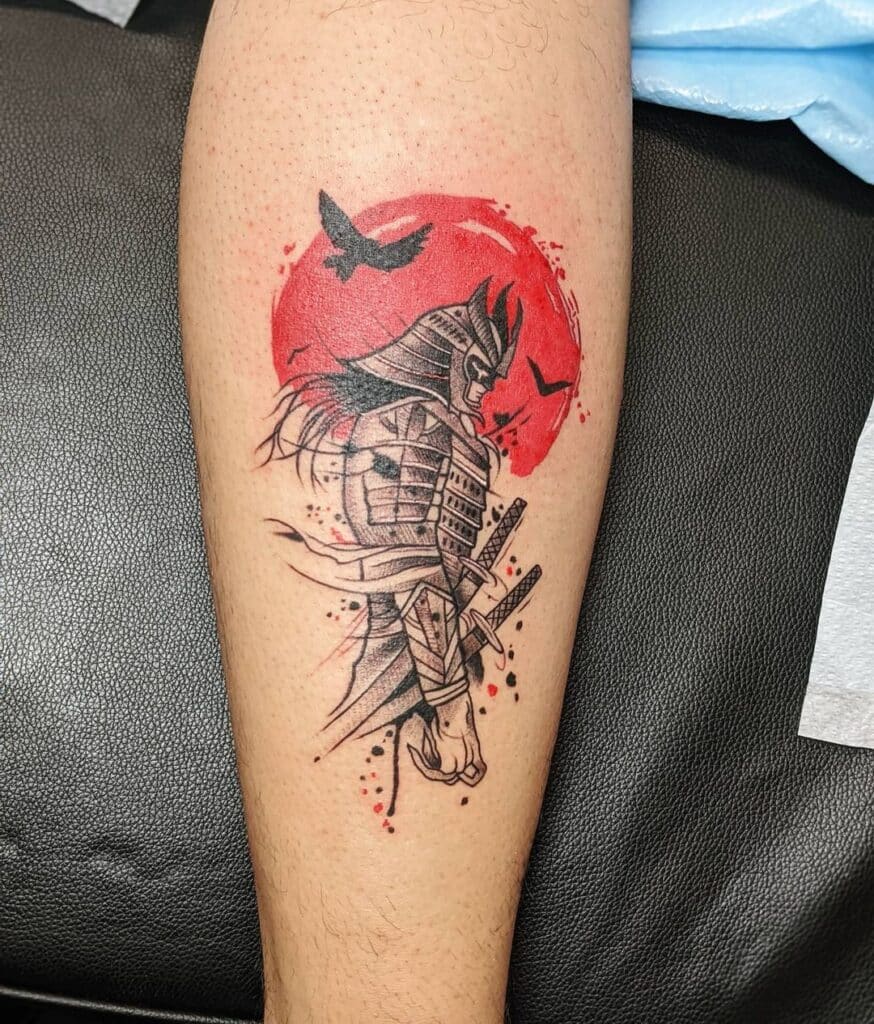 There are a lot of BJJ athletes out their that like to think of themselves like warriors. To show this side of their personality, they will get a tattoo of some type of famous warriors. The most common Jiu Jitsu tattoos with warriors often include either samurais or vikings.

There are alot of Jiu Jitsu practitioners that are religious. They will often get tattoos that demonstrate both their devotion to BJJ and their religion.

Seeing portraits of BJJ pioneers like Helio, Carlos Sr, and Carlson Sr. are normal to see in the Jiu Jitsu world. Grapplers like to pay homage to those that created or helped grow the martial art.

Guide For Training After Getting Jiu Jitsu Tattoos

If you train and decide to get a tattoo, just know there is a certain protocol you’ll have to follow. Remember to follow these steps before training again.

After getting a tattoo, you should not under any circumstances immediately train afterwards. A fresh tattoo is a giant wound that needs to heal before you do any type of training.

Training with a fresh tattoo will lead to bacteria entering the wound and causing a staph infection. Prolonging your time off the mat.

To prevent this from happening, you will need to wait until your tattoo is fully healed. The bigger the tattoo, the longer the wait period will be.

Keep The Area Clean And Dry

In order to prevent getting an infection, you must keep your skin dry and clean. Moisture or rough texture can open the wound back up.

Possibly leading to an infection that could affect your health and ruin your new tattoo.

Remember to put antibacterial cream and lotion on your tattoo during the 48 hours after getting it.

Should I Get Jiu Jitsu Tattoos

Here at LowKickMMA, it is not our job to tell you what you can and can’t do. If you like Jiu Jitsu and want to get Jiu Jitsu tattoos to symbolize your passion, then go right ahead.