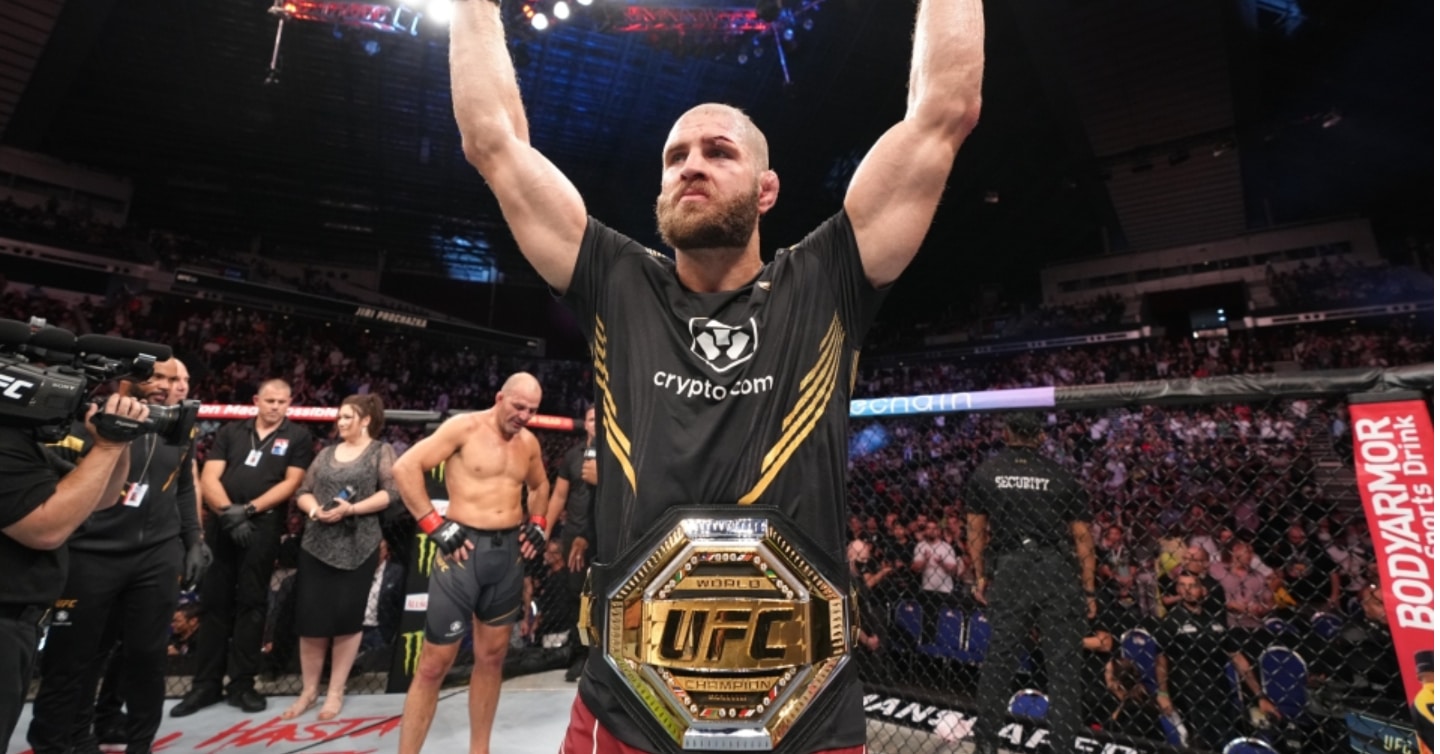 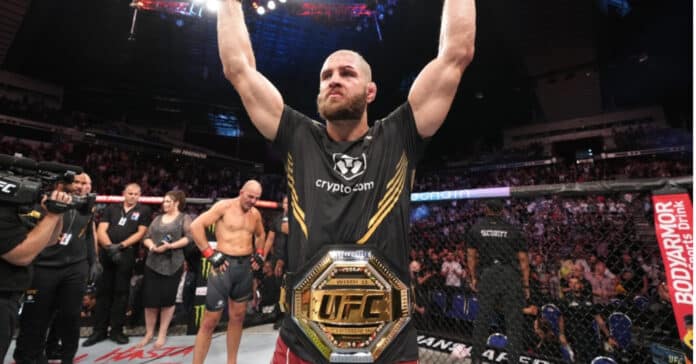 Czech Republic finisher, Jiri Prochazka has reportedly been forced out of his UFC 282 main event fight against Glover Teixeira later this month at the T-Mobile Arena due to a “serious injury” – with the champion electing to officially vacate his division crown as a result.

According to an initial report from Yahoo! Sports reporter, Kevin Iole, Prochazka has been forced from his UFC 282 title rematch with Brazilian veteran, Teixeira due to injury – with the Czech native making the decision to officially relinquish his light heavyweight title to boot.

Suffering a shoulder injury which will require a surgical procedure to address, Prochazka, a former Rizin FF light heavyweight titleholder to boot, is expected to remain sidelined for upwards of a year in order to recover.

As per Ariel Helwani, former champion, Blachowicz is set to face off with the surging, Ankalaev in the event’s new headliner, with vacant light heavyweight spoils up for grabs.

“Jiri Prochazka suffered a serious shoulder injury, per his team,” Helwani tweeted. “He’s out of [UFC] 282. Belt vacated. Surgery needed. New main is Jan Blachowicz vs. Magomed Ankalaev for the vacant title. Still unclear why no Glover Teixeira in the fight. First reported by @KevinI.”

Jiri Prochazka suffered a serious shoulder injury, per his team. He’s out of 282. Belt vacated. Surgery needed. New main is Jan Blachowicz x Magomed Ankalaev for the vacant title. Still unclear why no Glover Teixeira in the fight. First reported by @KevinI.

Headlining UFC 275 back in June in Singapore, Prochazka managed to clinch the undisputed light heavyweight championship with a fifth round rear-naked choke win – sans hooks on Teixeira, defeating the Brazilian in his first attempted title defense.

Blachowicz’s most recent win came in the form of a TKO win over Aleksandar Rakic who had suffered a leg injury in their main event fight, while Russian contender, Ankalaev stopped one-time title chaser, Anthony Smith with strikes at UFC 277 in July.