Jimmy Flick Is Looking To Prove He Is ‘the Best Black Belt In The UFC’ At 125lbs: “He Ain’t Fought A Black Belt Like Me.”
published on January 6, 2023
curated and posted by BRWLRZ Team 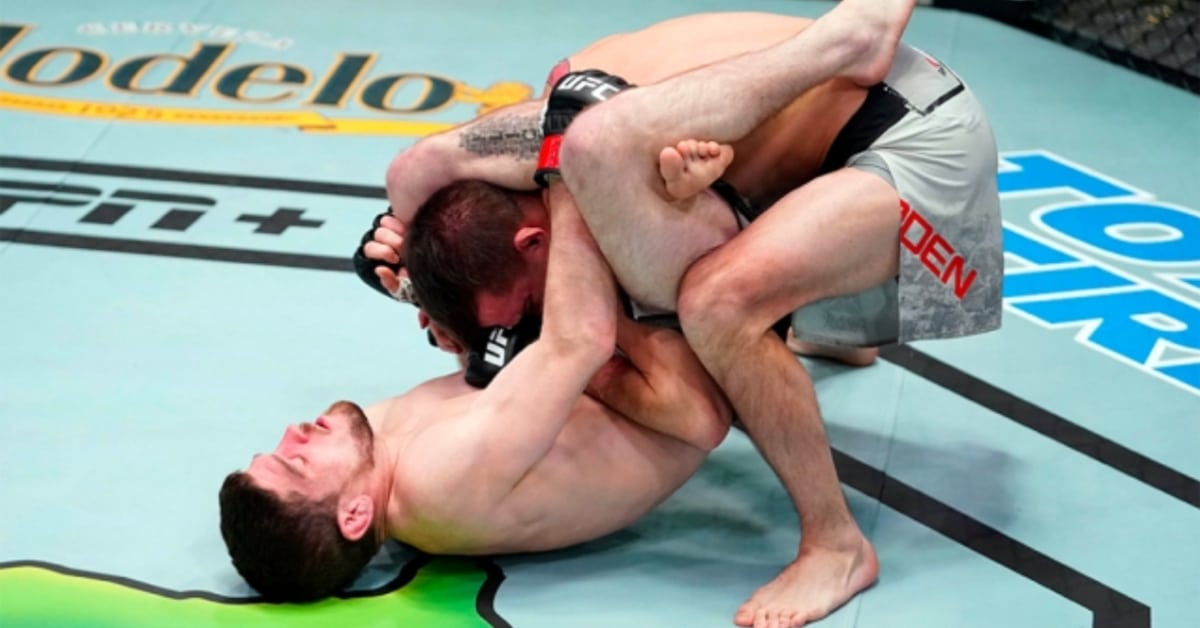 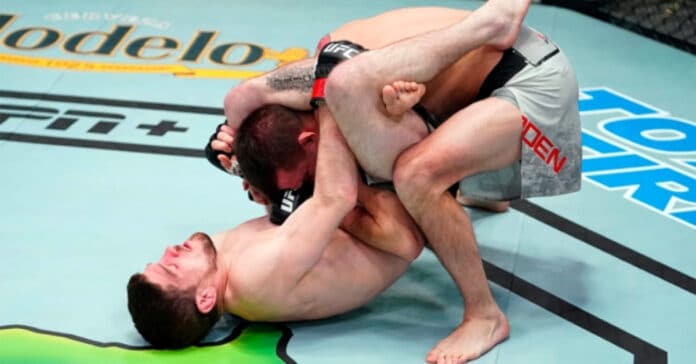 Jimmy Flick is set to make his return to the UFC after a short-lived retirement. ‘The Brick’ is set to face off against Charles Johnson on the opening card of 2023.

Flick is known for his elite submission game, with his most recent win coming via flying triangle over Cody Durden at UFC Fight Night: Thompson vs. Neal. Against Johnson, Flick will once again be looking for the finish, although he has warned fans not to rule out a KO stoppage. In a recent exclusive interview with LowKickMMA, ‘The Brick’ had the following to say:

“By finish. I always say finish, but I always like to throw this in there too. I’m 16-5. 14 of my 16 wins are by submission. You’re probably not gonna play me by knockout, but, I can knock people out. I promise it’s happened. My head kick, it got turned into a flying triangle, that easily could have landed right on the jaw and been my first knockout. So knockouts do come. But I always push for a finish. I don’t care if I knock him out or submit him.”

Whilst Jimmy Flick is undoubtedly capable of hanging on the feet with the best of them, his bread and butter is undoubtedly his elite BJJ game. One of his goals for this new tenure of his career is to prove that he is one of, if not the best BJJ black belts in the flyweight division.

Obviously, if you’re betting me, your thinking submission. I’m a submission specialist. I love jiu-jitsu. I’m the best black belt in the UFC at 125. I’m ready to prove it. And I wanna let guys like (Amir) Albazi- he keeps saying he’s beat all these black belts, he ain’t fought a black belt like me. So, I wanna come back, prove that I’m one of the best. Why my jiu-jitsu’s so good. Why I’m so good. And why I’m ‘The Brick.’ I’m ‘The Brick’ because my games solid all over, just like a brick.“

Currently riding a 4 fight-winning streak, Jimmy Flick will be looking to jump right back into his UFC career where he left off. Check out his full interview with LowKickMMA’s Alex Behunin right here:

Where do you rate Jimmy Flick amongst the flyweight divisions’ best BJJ black belts?