Originally reported by MMA DNA, Jessica Eye and Joanne Calderwood will meet at UFC 257 on January 23, 2021. Both Eye and Calderwood were recently involved in the flyweight title picture, with Eye losing to champion Valentina Shevchenko in devastating fashion, with Shevchenko turning in one of the knockouts of 2019 when she head kicked Eye into oblivion. As for Calderwood, she was originally slated to have a title shot at Valentina Shevchenko following her victory over Andrea Lee at UFC 242, but Calderwood opted to fight again against Jennifer Maia, a gamble that did not payout, with Maia defeating Calderwood via first-round armbar.

Both women will have an opportunity to put those recent hardships behind them in the first pay per view of the year. Eye was able to rebound from her loss to Shevchenko by defeating Viviane Araujo at UFC 245 but would then lose to Cynthia Calvillo via unanimous decision in her most recent bout. Eye is currently ranked #5 in the flyweight division, with Calderwood ranked a spot behind at #6.

UFC 257 is expected to host Conor McGeregor vs. Dustin Poirier as the event’s headliner, with both fighters agreeing to the bout, but thus far the only fight set is this flyweight contest.

Who do you pick to win this flyweight bout between Jessica Eye and Joanne Calderwood at UFC 257? 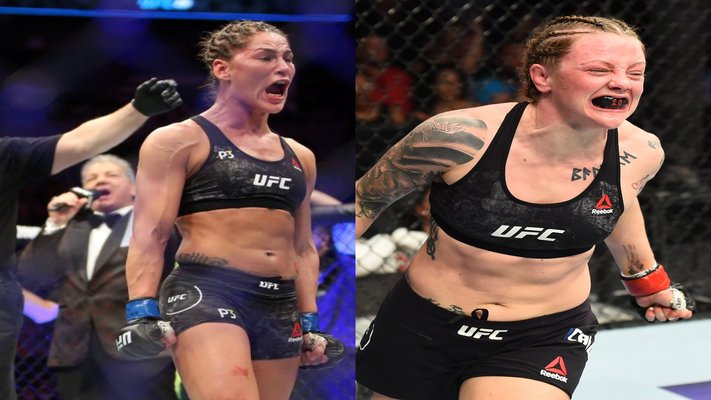