Javier Mendez Reacts To Conor McGregor Claiming He Has The Tools To Beat Islam Makhachev: “Let Him Hype It Up”
published on October 26, 2022
curated and posted by BRWLRZ Team 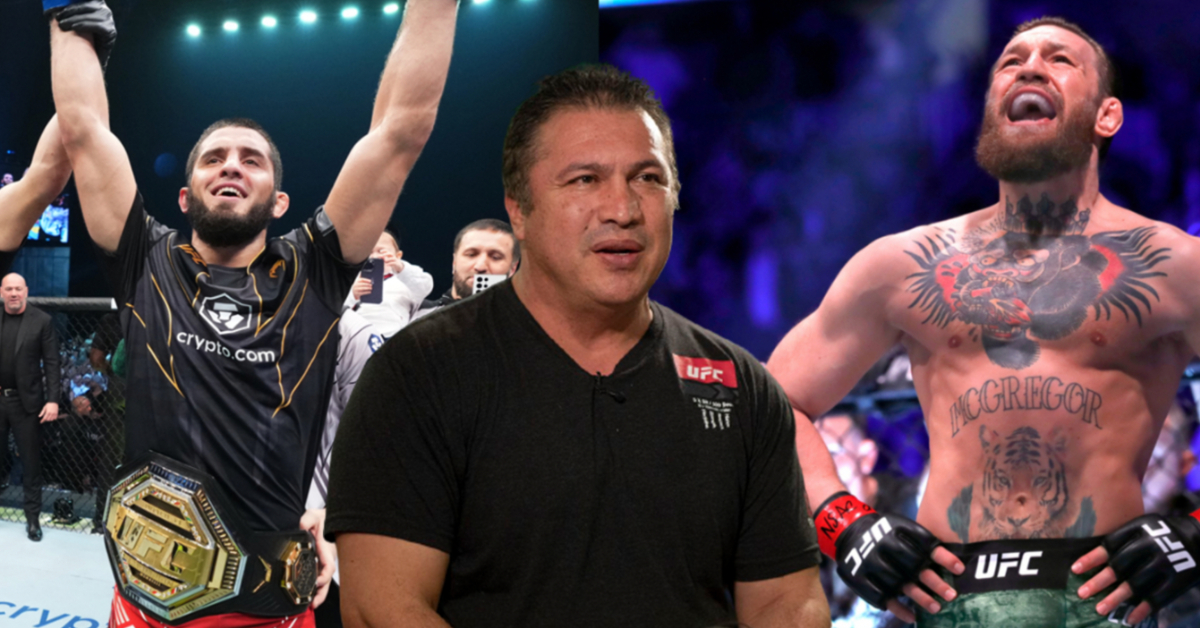 In the aftermath of Makhachev’s title-winning performance against Charles Oliveira at UFC 280, Conor McGregor took to Twitter to boldly proclaim that he has the tools to defeat the new champ.

Speaking on Submission Radio, the head coach of AKA, Javier Mendez reacted to the ‘Notorious’ Irishman’s claims. He stated that:

“He has the tools to beat anybody, but will he? He’s been mentally incomplete there, he’s never been there. When was the last time he had a complete fight where he fought properly? He’s a huge name so whoever gets to fight him makes a huge payday. Obviously, everybody jumping at the bit to get a hold of him because he’s proven to be beatable. He’s not proven to be indestructible. He himself, he can hype up anything so let him hype it up. I don’t really care much for him anyways.”

The success of both Khabib Nurmagomedov and Islam Makhachev is largely credited to Khabib’s father, Abdulmanap Nurmagomedov. Tragically, Abdulmanap passed away before he could see Makhachev reach his true potential. However, this has not stopped Conor McGregor from continually mentioning him in his disparaging Tweets. Mendez had the following to say:

“I don’t think that’s cool. I really don’t. I just wish he would keep it clean. The guys a great fighter, he doesn’t need to do that, and then he would have my respect. If he did that. Anybody can change, so if he did change, I definitely can forgive and forget. But as long as your still doing what your doing then I’m not going to respect you and I’m not going to like you. Doesn’t mean I can’t change my mind. It’s just right now, I could care less about him.”

What are your thoughts on Javier Mendez’s reaction?