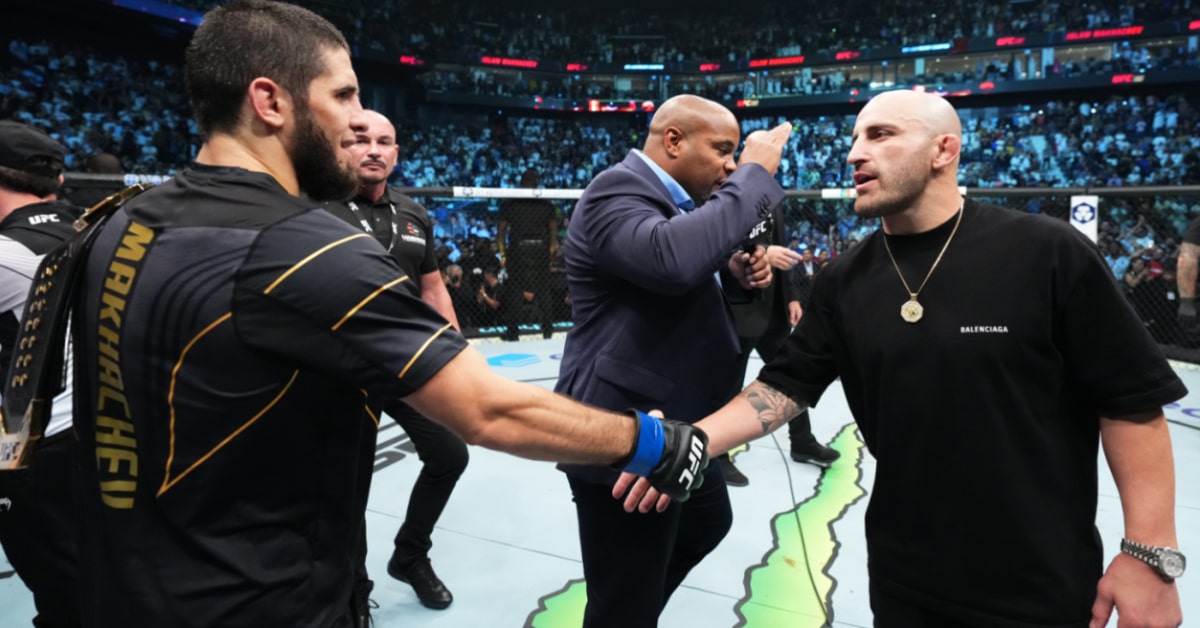 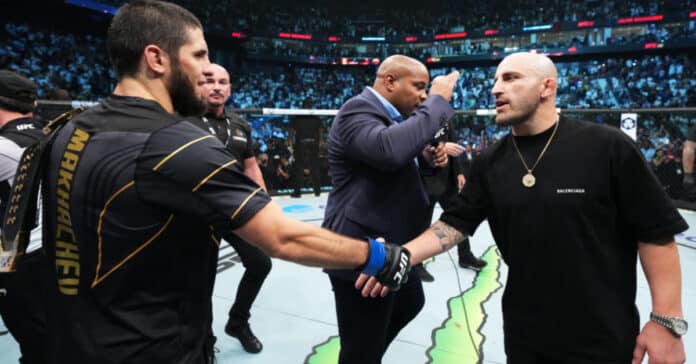 American Kickboxing Academy head coach, Javier Mendez has his reservations regarding student, Islam Makahchev’s ability to land a finish over featherweight champion, Alexander Volkanovski at UFC 284 in February, however, still expects to him to topple the pound-for-pound king.

Islam Makhachev, the current undisputed lightweight champion of the UFC, headlined UFC 280 back in October of last year in a vacant lightweight title fight against Charles Oliveira, submitting the Brazilian with a second round arm-triangle choke win.

In the immediate aftermath, the Dagestan grappler was booked to headline UFC 284 on February 11. at the RAC Arena in Perth, Australia – in a champion versus champion clash with featherweight counterpart, Volkanovski.

Attempting to rack up consecutive victory number twelve in his title fight against Volkanovski, Islam Makahchev has been tipped to leave Australia with lightweight gold in tow by his coach, however, he expects a drawn-out clash.

“I expect at the end of the day Islam Makhachev is going to be pound-for-pound the best fighter in the UFC or in the world actually,” Javier Mendez told Helen Yee during a recent interview. “Pound-and-pound, after he beats Alex (Alexander Volkanovski) which I’m expecting him to do but not like people, are thinking, like any kind of finish I don’t like that. It’s gonna be a five round war.”

“In my opinion, there is no one in the lightweight division that’s going to beat Islam (Makhachev) outside of what anybody can, you know, anybody can win but on the decision, not one’s going to beat him.” (Transcribed by Middleeasy)

In his most recent Octagon outing, Volkanovski managed to successfully defend his undisputed featherweight title in a unanimous decision trilogy title fight against Max Holloway back in July of this year.

Volkanovski will likely have to compete against either Yair Rodriguez or Josh Emmett in his next Octagon outing regardless of result against Islam Makhachev, as the latter duo compete for an interim title at UFC 284 to boot.