Jared Cannonier: Blonde Brunson Gimmick Is Irrelevant To Me
published on January 15, 2022
curated and posted by BRWLRZ Team

Since back-to-back losses to Ronaldo Souza and Israel Adesanya appeared to suggest he’d slipped to the role of veteran gatekeeper at 185 pounds, Brunson has been in the form of his life. What did his change in fortunes coincide with? A new blonde hairstyle.

“Blonde Brunson” debuted against Edmen Shahbazyan in the UFC Vegas 5 main event in 2020. At that point, the 38-year-old was already on a two-fight win streak, having had his hand raised against both Elias Theodorou and Ian Heinisch. But while Brunson’s career had previously been a tale of beating those below but often falling short against the elite, “Blonde Brunson” was a different beast.

Brunson is now set for the chance to stake his claim for a title shot and a rematch with “The Last Stylebender.” If he’s to do so, he’ll have to get through Jared Cannonier, who boasts championship aspirations of his own. The pair are set to collide on the UFC 271 main card on February 12.

The UFC’s highly ranked middleweight fight between Jared Cannonier (@killagorillamma) and Derek Brunson (@DerekBrunson) at UFC 270 on Jan. 22 has moved to UFC 271 on Feb. 12, per sources. Same night as Adesanya vs. Whittaker title fight.

While the “Blonde Brunson” gimmick is unbeaten in the Octagon to date and has firmly broken free of the gatekeeper shackles non-blonde Brunson was in three years ago, Cannonier has reminded his upcoming opponent that whatever color hair he has, it won’t change the result.

During a recent interview with LowKick MMA, “The Killa Gorilla” credited Brunson for being able to keep himself relevant with another iteration of himself. However, the former heavyweight and light heavyweight fighter noted it has no relevancy to their fight, which he believes will see the 38-year-old get his “ass whooped.”

“I mean, it’s a gimmick. Good for him. He’s found another gimmick that keeps him relevant for a little while longer,” said Cannonier. “But that shit is irrelevant to me. Those are all antics and that has absolutely fuck all to do with me whooping your ass. So that’s it.”

After a damaging loss to Robert Whittaker at UFC 254 in October 2020, both physically and his surge towards the title, Cannonier rebounded in style when he returned to action in 2021. In a main event contest against perennial contender Kelvin Gastelum, “The Killa Gorilla” returned to to the win column with a comfortable victory on the scorecards.

Sitting at #3 in the division with a 4-1 middleweight record, which includes wins against Anderson Silva and Jack Hermansson, Cannonier will be looking to book a date with Adesanya when he faces Brunson at next month’s pay-per-view.

If Cannonier has his way, he’ll be turning “Blonde Brunson” into “Blood Brunson” come February 12.

Do you expect Jared Cannonier to get the better of “Blonde Brunson” at UFC 271? 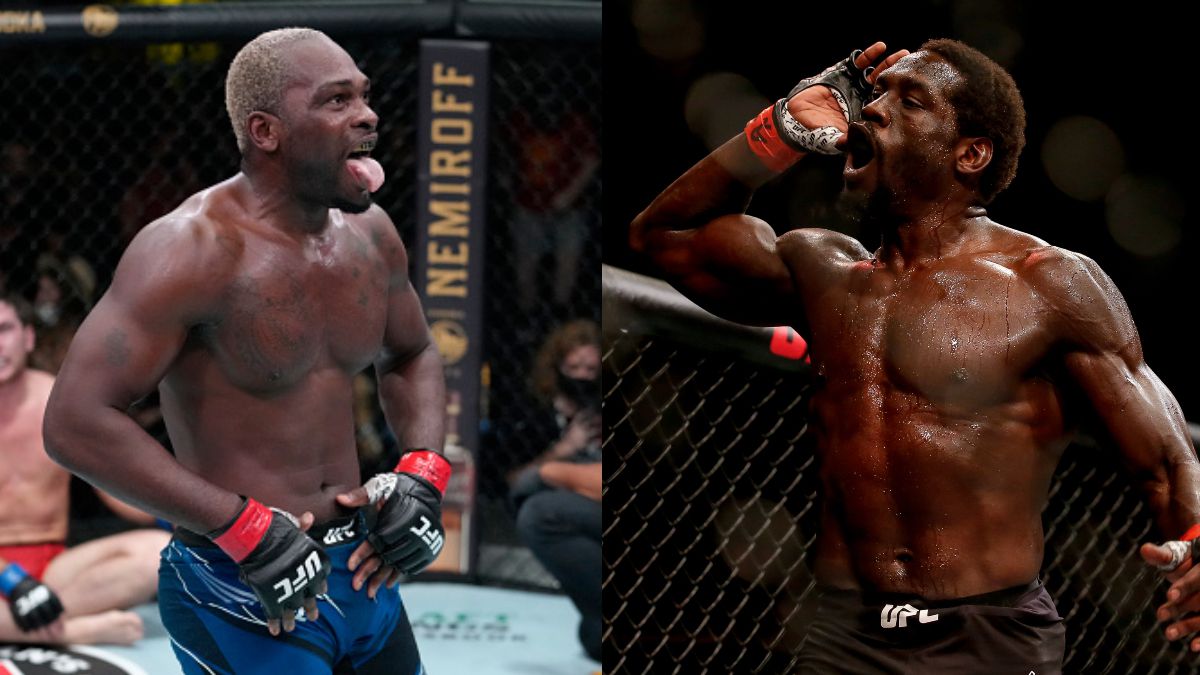