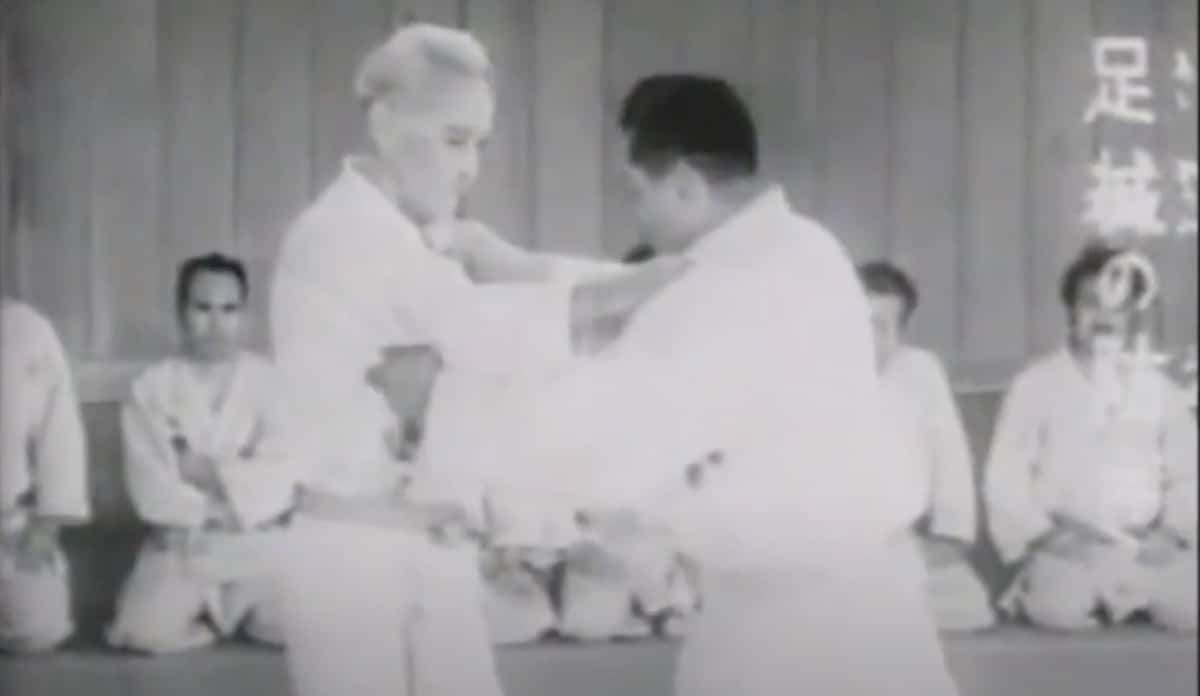 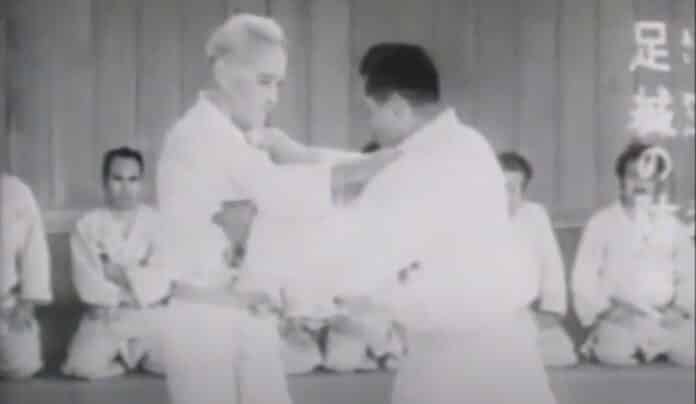 When we say Jiu Jitsu, we’re generally talking about Brazilian Jiu Jitsu, but there’s also Japanese Jiu Jitsu. A form of grappling that predates BJJ by hundreds of years and not many know the history of this martial art.

So, let’s give a quick history lesson and tell you what you need to know about Japanese Jiu Jitsu. Going over the martial art’s history, how it influenced Judo and BJJ, and breakdown a few techniques.

The History of Japanese Jiu-Jitsu

The history of Japanese Jiu Jitsu can be traced back to 15th century Japan and possibly even further. It was originally known as “jujutsu” which was a self defense system practiced by samurai and the Japanese military.

This was a style of self defense for when a samurai or soldier were forced to fight unarmed in combat. Many older and proven effective techniques were implemented and innovated to fit into the style.

In the original form of JJJ, there was even striking techniques used to disarm and control an opponent.

After the original style of Japanese Jiu Jitsu was developed, the term “jujutsu began to be used in the 17th century. Translated to English, the term means “the art of softness.” Much in the same way Judo is “the soft art” and BJJ is “the gentle art.”

But unlike BJJ and Judo there were many offshoots of JJJ or jujutsu. Literally thousands of different offshoots of Jiu Jitsu were created after the 1600s.

Many would fade into obscurity, while some of the main versions like the ones Jigoro Kano learned continue to be taught.

Japanese Jiu Jitsu had a direct influence on the creation of Judo. Jigoro Kano first began learning styles of jujustsu as a young man while he was studying at his university.

Kano had numerous jujutsu teachers that taught him various styles that he would mix together to create Judo. Then after Judo was created, BJJ would later form off of the teachings of Judo.

Both martial arts would not exist today if it was not for earlier forms of Japanese Jiu Jitsu.

Modern day Japanese Jiu Jitsu is taught internationally throughout the world. Within Japan, the style is used in both military and police academies.

Used to teach students how to disarm enemies and control them. Just like their ancestors had used to protect themselves centuries before.

Not all forms of Japanese Jiu Jitsu use the same belt system, but one of the most used includes 8 ranks.

Some other forms of Japanese Jiu Jitsu have their new students start at red belt. Students can also be promoted to the next belt level with only one stripe on their belt.

How Long Does it Take to Get a Black Belt in Japanese Jiu Jitsu?

On average it takes around 5 years or more to earn a black belt in Japanese Jiu Jitsu. This is around the same timeframe as with Judo and a little less than BJJ, which takes over 6 years.

The original forms of Japanese Jiu Jitsu or jujutsu included striking and weapon techniques with their curriculums. This was because it is a self defense system that was developed to be used in battle.

In BJJ, there is no striking of any kind taught within the system. It’s also a self defense system for the street than in a war setting.

In JJJ, the goal is to get your opponent to the ground by any means necessary with throws or joint controls.

BJJ also has more of a focus on chokes, whereas in JJJ, the focus is more on joint locks. Primarily starting with small joint locks and working their way to larger joints.

Another major difference between the two grappling styles is that BJJ is more centralized than JJJ. We know who created BJJ and there is only one style of BJJ that everyone acknowledges.

With Japanese Jiu Jitsu, we don’t know who created it as it was developed centuries ago. There are also numerous forms of jujutsu that are taught rather than just one like with BJJ.

The kote gaeshi is a wrist lock that was primarily used to disarm an opponent or control them. In modern day applications, you can use this wrist lock to control, submit, or take down an opponent.

For example, in BJJ, you could use the kote gaeshi when an opponent attempts to grab your GI. When your opponent goes to grab your Gi, you take a grip right under their thumb.

Curling your hand and grabbing around to the palm of your opponent’s hand. Your thumb is placed between your opponent’s middle fingers and acts as a steering wheel for your wrist lock.

There are numerous other possibilities with the kote gaeshi. You can do anything else from turn it into a straight arm lock from standing or take them down. Locking on anything from a wrist lock or an americana/wrist lock combo submission.

The waki gatame is an armlock that is used as both a submission and to set up other moves. One common place that you can set up the move from is within a clinch.

Your opponent grabs a collar tie and you counter it the same you would as a Russian tie. Grabbing your opponent’s wrist with both hands and turning your head away as you pull off the control.

One of your first options from this setup is to take the armlock. Keep the arm extended as you pinch it against your body. You could try to finish it from standing or drop to the mat to put on even more pressure.

This waki gatame control can also be used to set up numerous takedowns or throws. Using this two on one grip allows you to take your opponent wherever you want to take them.

Pull them forward to maybe set up a single leg or even push them back into a trip. But for whatever you want to do with the waki gatame, you have to remember the point of control.

You probably already know the ude gatame, which is an armlock used from an underhook control. It is an incredibly diverse technique that can be used from standing or on the ground.

But not only is it a submission, but you can also use it as a point of control. You can use it from everything fro chaining it to another submission, setting up sweeps, or even set up strikes.

The ude gatame is set up from a shallow overhook right above your opponent’s shoulder. When you put on your overhook, the blade of your forearm drops to put pressure on their arm.

If you’d like, you could Gable grip your hands together as you roll your forearm over to put on more pressure. Lock on the armock by swiveling your hips and bringing your leg over your opponent’s head. (Or on the back of their head if you like.)

Turn your body towards your opponent’s head to make them go flat or roll and take the armlock.

Is Japanese Jiu Jitsu Worth Learning?