Jan Blachowicz Is Infuriated With UFC Commentator Joe Rogan: “He Shouldn’t Say Something Like This To Me.”
published on December 30, 2022
curated and posted by BRWLRZ Team 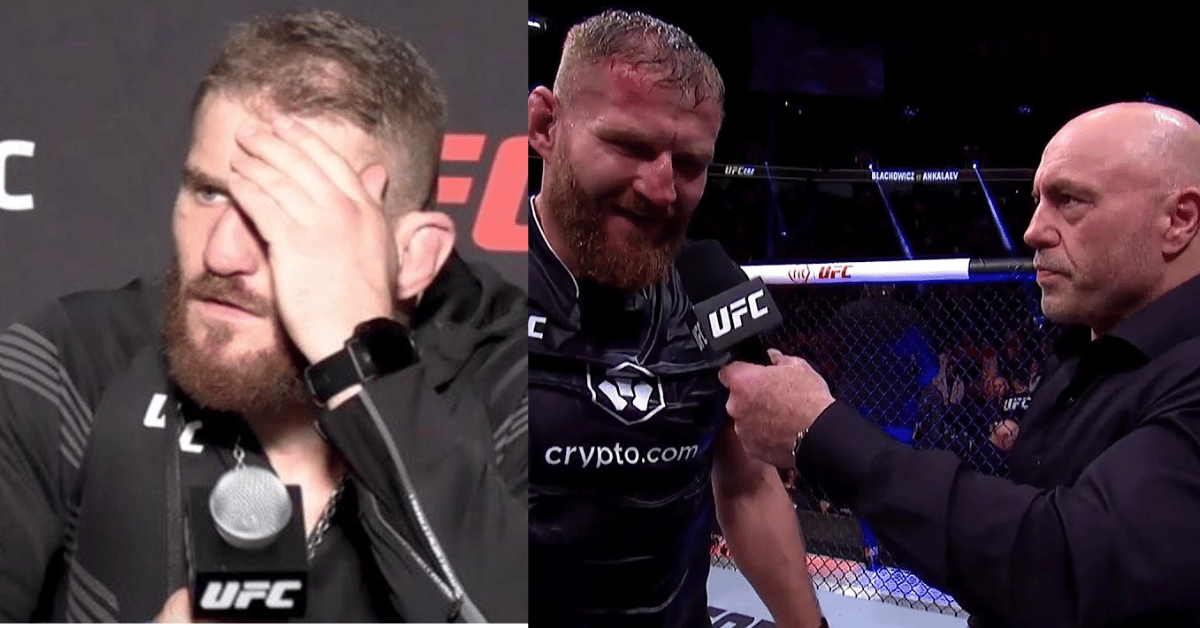 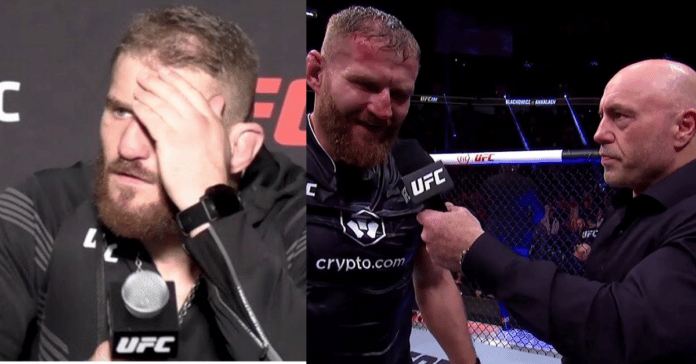 Some comments made by UFC commentator Joe Rogan have not been received kindly by former UFC champion Jan Blachowicz.

The Polish-born Jan Blachowicz battled Dagestan’s Magomed Ankalaev for the vacant UFC light heavyweight world title at UFC 282 which ended in a draw. From the post-fight interview, Blachowicz is not impressed with how Joe Rogan handled things.

“You went to raise Ankalaev’s hand after the fight. Is that because you believe that he should have won the decision? … To me that felt like you felt that you had lost the decision.”

Upon reflection after this December bout, Blachowicz is not happy. In an interview with MMA Fighting, the Polish athlete said:

“Joe Rogan, when he stepped into the octagon, he said for him I lost the fight. That was what I was thinking. He did a mistake that he say something like this to me after the fight. Because everybody who thinks that I lost the fight, watch only the last round. For me, a draw is a fair decision and seriously, I think that I was closer to winning the fight than Ankalaev. One more kick and it would be over, a TKO or if I would have defended his takedowns in the [fifth] round, stay a little bit longer on the feet, the fight would be mine … I watched the fight a couple of times, a draw for me is fair.”

“Joe Rogan, he shouldn’t say something like this to me after the fight. I was stuck in the last round and then Joe Rogan says ‘that was a good fight but for me you lost the fight.’ After the fight, when I go to the locker room and I start talking with a lot of people backstage from different teams, they said ‘don’t say that you lost the fight, you didn’t lose this fight, a round is OK but maybe you won the fight. So don’t say it.’” [Transcript courtesy of MMA Fighting]

Jan Blachowicz is also not impressed with the excuses from Magomed Ankalaev after their draw bout. He added:

“Excuses. I hate when someone say it like this. It pisses me off when someone uses excuses. I never say that my camp was bad, I have injuries or something like this … I almost won the fight. Now he’s looking at excuses, why he was not so good in the fight. Why? Because I was very good in this fight. Because I don’t let him do what he always does in the fight. That was the reason. Now he says ‘I was injured, my camp was bad.’ Bulls***. I don’t believe in that. This is weakness.“