Jan Blachowicz Hopes To Be The One To Dethrone Glover Teixeira
published on December 7, 2021
curated and posted by BRWLRZ Team

Blachowicz was one of the most unlikely champions in UFC history. In 2017, a defeat to Patrick Cummins left him 1-4 across a five-fight period. Just as many expected him to be released, the Pole began a remarkable turnaround. In his next 10 appearances, Blachowicz won nine, defeating the likes of Jared Cannonier, Jimi Manuwa, Nikita Krylov, Luke Rockhold, Corey Anderson, and Jacaré Souza.

After Jon Jones vacated the 205-pound gold, Blachowicz faced Dominick Reyes for the title at UFC 253. Despite entering the fight as a considerable underdog, the 38-year-old secured a memorable championship crowning with a second-round TKO. Six months later, he defended it for the first time by adding the first blemish to middleweight king Israel Adesanya’s record.

While many expected veteran Teixeira to be a brief stop-off on the way to a European showdown with the rising Jiří Procházka, that couldn’t have been further from the reality. At UFC 267, the Brazilian became the second oldest UFC champion in history by submitting Blachowicz in the second round.

Blachowicz Has His Sights Set On Revenge

Having left Abu Dhabi slightly lighter with the absence of the light heavyweight gold, Blachowicz’s attention has now turned to redemption. The Cieszyn native will look to rebound in the coming months, something he’s been used to doing across his seven-year career on MMA’s biggest stage.

During an appearance on Ariel Helwani’s The MMA Hour, Blachowicz made it clear that his desire to be on the 205-pound throne is as strong as ever. When asked to predict the likely next title fight between Teixeira and Procházka, the Polish star said he hopes the Brazilian retains so that he can be the one to dethrone him in a rematch.

Blachowicz may well have the chance to secure his shot at redemption when he returns to action in 2022. The 38-year-old revealed he’s targeting March as the month for his first Octagon outing of 2022. Having shut down any talk of a clash with former title challenger Anthony Smith, Blachowicz expressed his desire to face Austrian contender Aleksandar Rakić.

How do you think rematch between Jan Blachowicz and Glover Teixeira would play out? 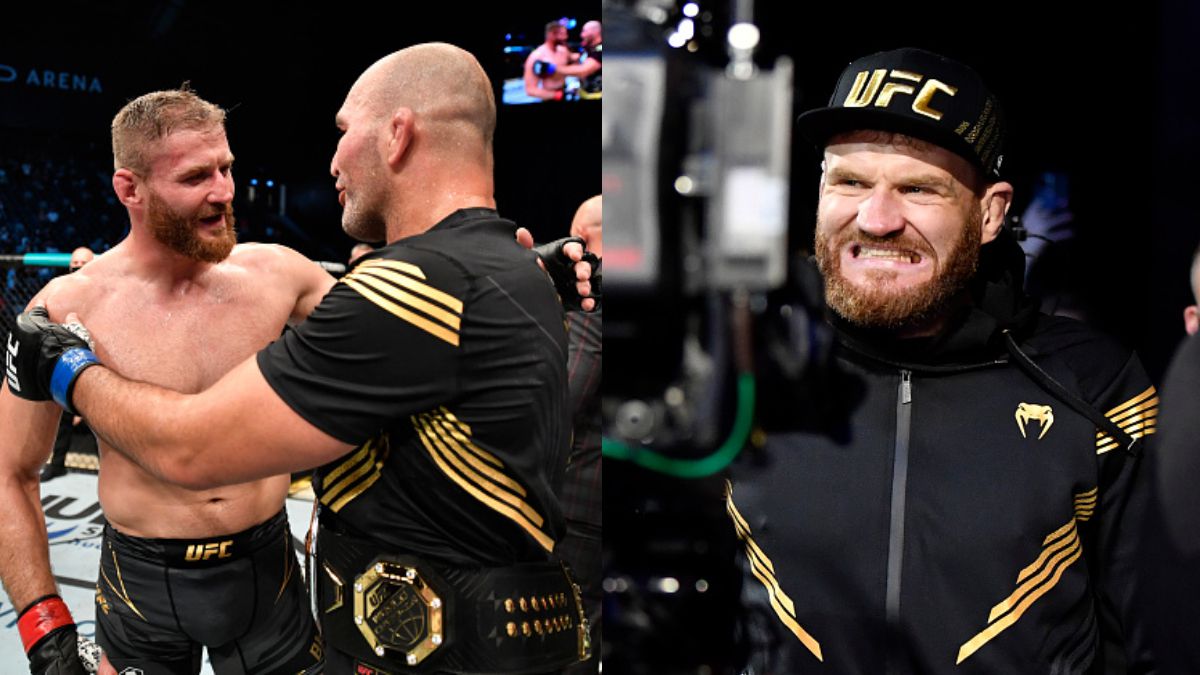