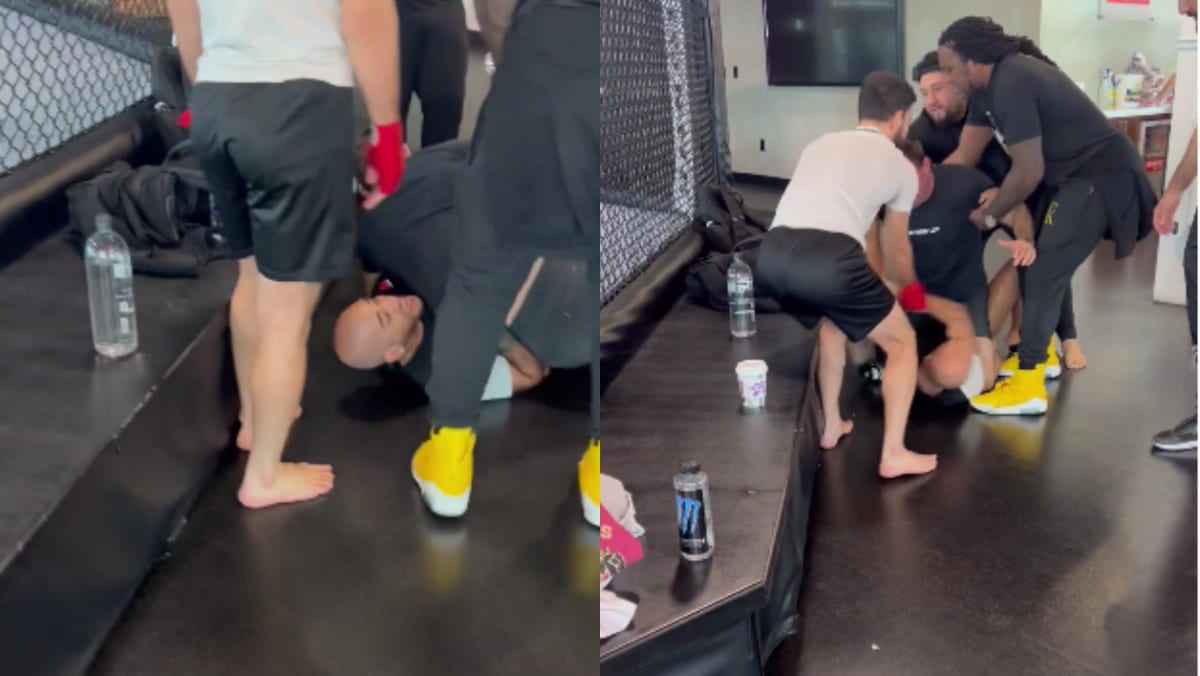 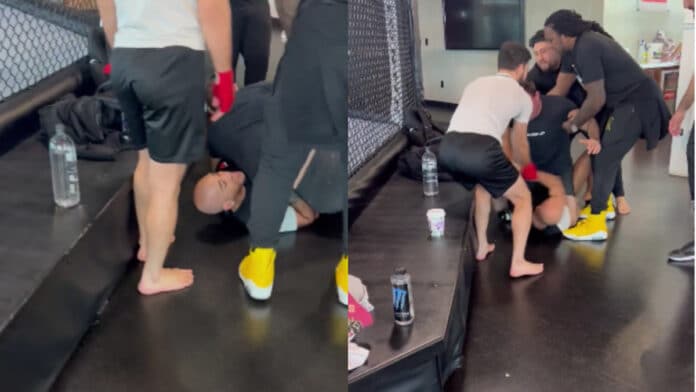 Former Strikeforce and Elite XC champion Jake Shields took it upon himself to deliver a little gym justice to a fighter he dubbed a “black nationalist” on Twitter.

In a video clip uploaded by Shields, the former UFC welterweight title contender can be seen grappling with another individual. Shields is in side control before moving into full mount and delivering bare-knuckle strikes to the head of the other man before onlookers stepped in to stop the scuffle. According to Jake Shields, the individual he was scrapping with is professional mixed martial artist Mike ‘The Truth’ Jackson.

“Finally ran into the bitch Mike Jackson He quickly discovered the difference between calling people Nazis In person vs on Twitter This racist is lucky so many people were there to save his pathetic racist ass,” Shields tweeted along with the video clip.

“Somebody get this motherf*cker off me,” begged Jackson moments before spectators stepped in to stop the assault.

Jake Shields followed up his initial tweet with another, explaining who Mike Jackson is and what allegedly led to their altercation.

If Mike Jackson’s name sounds familiar, you’ve likely seen him inside the Octagon at some point. ‘The Truth’ has competed under the UFC banner on four separate occasions between 2016 and 2022 with the most recent coming in October where he lost via first-round knockout against Pete Rodriguez. In 2018, Jackson faced pro wrestling icon CM Punk at UFC 225. Jackson won the bout, sending CM Punk into early retirement, but the fight was later overturned to a no-contest after Jackson tested positive for marijuana.