Jake Paul and Stephen A. Smith had a light back-and-forth about Paul’s career progression as a boxer and his ambitions of stepping into the ring with Canelo Álvarez.

Love him or hate him, there is no question that Jake Paul has taken the combat sports world by storm since bursting onto the arena two years ago. What began as a dip into the celebrity boxing pool evolved into headlining cards against accomplished MMA fighters Ben Askren and Tyron Woodley. Through it all, the irreverent YouTuber has continued to make headlines and land KOs as his star has continued to rise.

Nonetheless, after Paul defeated Askren and was booked to face Woodley, ESPN’s Stephen A. Smith had already seen enough of the YouTuber’s self-matchmaking.

“Let me say this. I am not impressed, not one bit,” Smith began in a soliloquy last year on his Stephen A’s World last year. “While Logan Paul is taking fights way over his head, getting in the ring with boxing royalty like Floyd ‘Money’ Mayweather, risking a beatdown for the ages, by the way, Jake Paul is going the opposite direction…the complete opposite direction, fighting non-boxers.”

Smith went on to lay out why neither Askren nor Woodley were appropriate matchups for Paul in his opinion and stated that the former Disney actor should be facing actual pro boxers.

After Smith’s comments came to his attention, Paul killed Stephen A. with kindness, merely expressing that he ‘loves his fans’ in response to the renowned sports personality.

Stephen A. Delivers His Criticism Directly To Paul

Photograph by Eric Helgas for The New Yorker

Earlier this week, Jake Paul made an appearance on ESPN’s First Take starring Smith, and the outspoken figure took the liberty to restate his criticism straight to the YouTuber’s virtual face.

“My problem with you, Jake—because we gotta be real here—I know you heard my position about this—my problem is: You are beating up on dudes that don’t box. They’re not boxers. Nate Robinson was a basketball player.  Ben Askren came out there with a pose looking like he’s Jake LaMotta, he was 19-1 in (MMA), but he was never a boxer. He was a grappler. And Tyron Woodley’s a striker. What was that?!”

Paul would then issue the following prompt response.

“So everybody’s analyzing my career, critiquing it, paying attention to it from day one, but you can’t tell me who was Mike Tyson’s first fight. You can’t tell me, Muhammad Ali, who was his first fight. No one knows. But everyone’s seen all of my fights. And I’m gradually progressing and increasing my level of opposition as I get better (in) the gym.”

Paul also invoked the name of Tommy Fury as an example of his wilingness to fight a professional boxer as well as doubling down on his interest in fighting veteran second-generation slugger Julio César Chávez.

Another name Paul has expressed an interest in fighting down the line is none other than boxing superstar Canelo Álvarez. Being well aware of these lofty goals, Smith had to hear it straight from the YouTuber’s mouth to believe it.

“Now you say ‘line ‘em up, knock ‘em down’ and there was rumors about you and Mike Tyson. Mike Tyson basically put that to bed. And I’m sure you’re not trying to fight somebody in their mid-50s, but you did mention the name Canelo Alvarez,” Smith said. “And I want you to know, as much as I like you, Jake, you’re going into deep waters there! Now you’re getting out of control! Because you know Canelo is not the one to mess with! You know you’re not ready for that! Seriously, you do know that, right? This is Canelo we’re talking about!”

Paul’s response served as a reaffirmation of his own confidence and perhaps an incidental installation of confidence in viewers worldwide about striving beyond others’ limitations.

“And I know I can get after Canelo. I know I can go rounds with him. And the guy he fought the other time, ‘Turkish Warrior,’ quit after three rounds. He didn’t throw one punch. I’m bigger than Canelo, I’m faster than Canelo, I’m more athletic than Canelo. Can I box better? Probably not. But give me three years, and that’s gonna be a big fight. The two biggest names in boxing going after each other. Why not?”

You can view the clip from Paul’s appearance on ESPN’s First Take below. 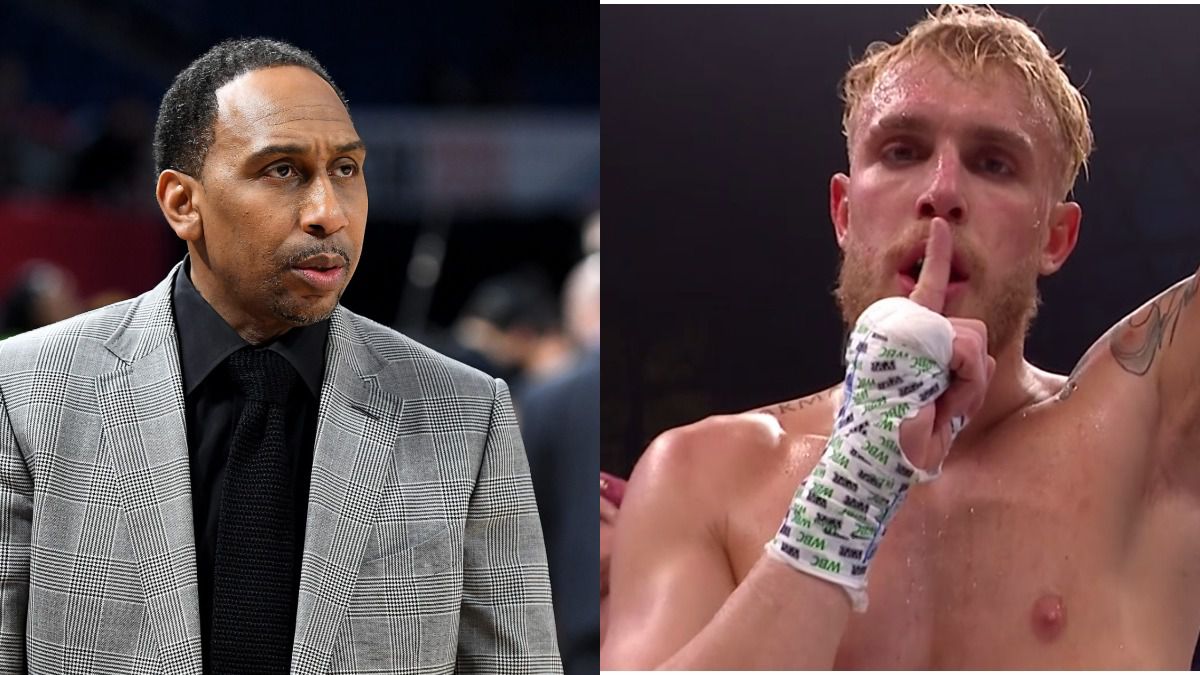