Jake Paul Says Kamaru Usman Is Past His Prime, Would Be Easy Fight
published on November 10, 2021
curated and posted by BRWLRZ Team

The controversial YouTuber turned boxer Jake Paul doesn’t put much stock in Kamaru Usman‘s chances in the boxing ring against him.

Paul will face Tommy Fury next month in the latest challenge of his boxing career, just months after defeating former UFC welterweight champion Tyron Woodley. He and Usman have gone back and forth on social media for months, especially recently as Usman has hinted at a possible money fight in boxing against Paul or Canelo Alvarez.

Usman is coming off his title rematch victory over Colby Covington at UFC 268, and his stock continues to rise in MMA and combat sports overall. But Paul likes his chances against Usman in the ring due to the welterweight champion’s accumulation of damage suffered combined with being in his mid-30s.

“I mean, he [Kamaru Usman] could barely beat up a 170-pounder,” Paul told TMZ Sports. “Took a lot of shots, man. He’s getting old, right? He’s 35 and I think that’s starting to show. I think he is out of his prime already. He’s light work. You know, I respect Canelo and his boxing ability but as far as Kamaru Usman getting into the boxing ring like I said, it’s light work. Look what I did to Tyron [Woodley], the five-time UFC champion. I know Kamaru beat Woodley, but in boxing, completely different.”

Usman is approaching GOAT status in many eyes of UFC fans and is close to surpassing former welterweight champion Georges St-Pierre as the most accomplished 170-pound champion of all time.

Paul and the UFC have had a complicated relationship, with the social media personality repeatedly taking shots at UFC president Dana White over the issue of fighter pay. He most recently attended UFC 261 in Jacksonville, FL, and was greeted with boos and ‘F*** Jake Paul’ chants when he entered the arena.

Paul has taken the sport of boxing by storm over the past year, beginning with his knockout in April over former UFC welterweight Ben Askren. If a boxing match between Paul and Usman ever happens, it’s sure to have quite the buildup.

Who do you think would win in a boxing match between Jake Paul and Kamaru Usman? 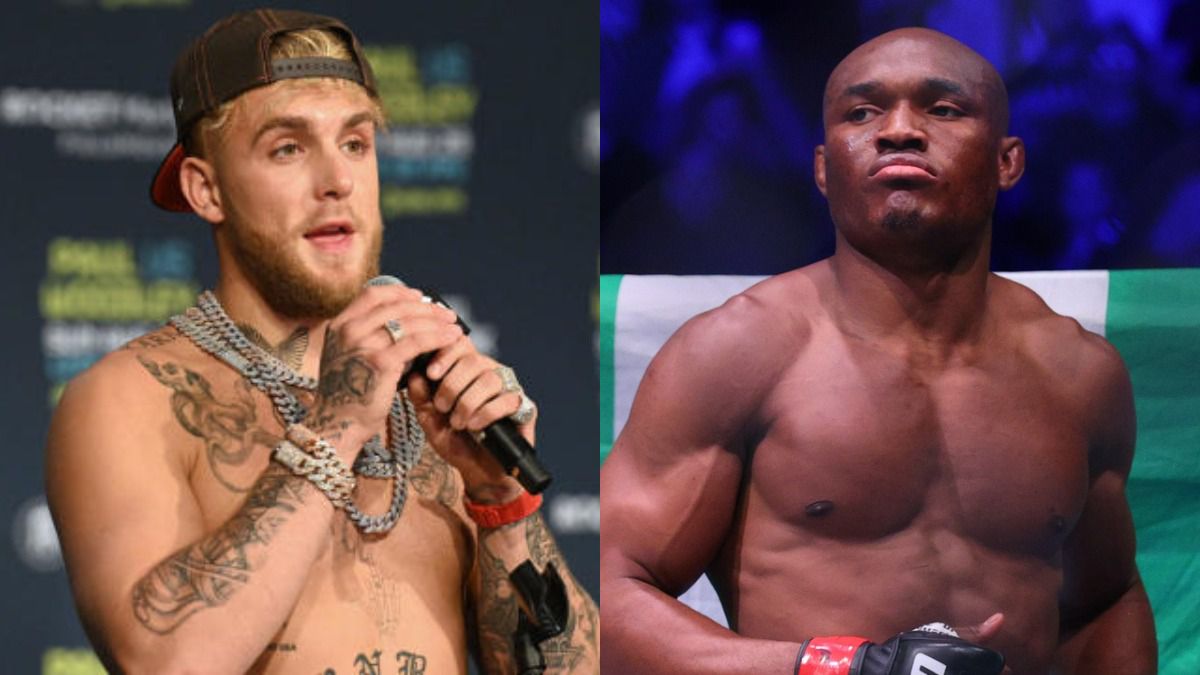