Jake Paul may not have been able to knock out Tyron Woodley, but he is confident he will finish Tommy Fury.

It was announced last month that the younger Paul brother was going to be making his return to the boxing ring against the younger brother of Tyson Fury and Love Island star, Tommy. This will be the first time that the YouTuber turned boxer has faced an opponent who has pro boxing experience, albeit only seven fights.

However, Paul is taking this fight after going the distance with former UFC welterweight champion Tyron Woodley, a fight that he won by split decision, and he feels like this is a step down in competition for him. Speaking in a video on his YouTube channel, he explained that while Fury is a pro boxer, Woodley had more overall experience, and will end up being a harder fight than Fury will be.

“I think Tommy Fury is a different style than Tyron, but he doesn’t have as much experience as Tyron. To answer that question, of ‘do you think Tyron is harder than Tommy?’ My overall answer is yes,” Paul said (h/t BJPenn.com). “I think Tyron has way more experience, he has been in there with some of the UFC legends, he’s a five-time champion. Tommy is a great boxer, he’s undefeated, he’s got fast hands, he’s quick, he comes from a legendary bloodline, so on and so forth.

“I just think that boy will crack under pressure. I’ve taken out everyone from the UK, Deji, Joe Weller, Gib, KSI’s scared, he’s next up on the list. We see how they are in fights, all of them have cracked, all of them have lost,” Paul continued. “Once they get on the big stage with me, he’s going to crack. To answer it, I think Tommy is an easier fight than Tyron for sure. I think I knock him out, for sure, I know I said that about Tyron but that is about the only time I’ve been wrong. Tyron, he came ready to fight that night and he has been hit by some big guys. Tommy hasn’t gone past four rounds, we will see what happens.”

There is certainly good reason for Jake Paul to feel this is the case, given how tough of a fight he had with Tyron Woodley. On the other hand, he will now be facing a different test in the form of Tommy Fury, who is similar in age and size to the YouTuber turned boxer.

Time will how things go when these two meet in the ring on December 18th. This is a fight that has been a long time coming, with both men talking smack to one another for a while, so it will be exciting to see it unfold.

Check out the full video below: 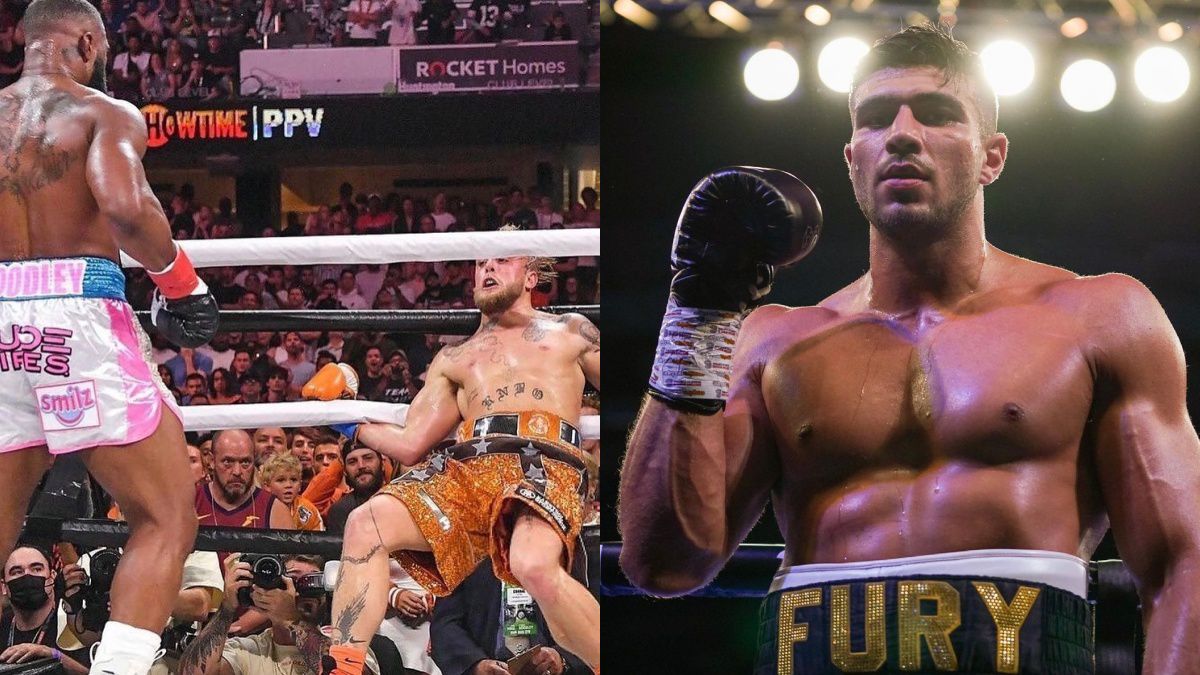