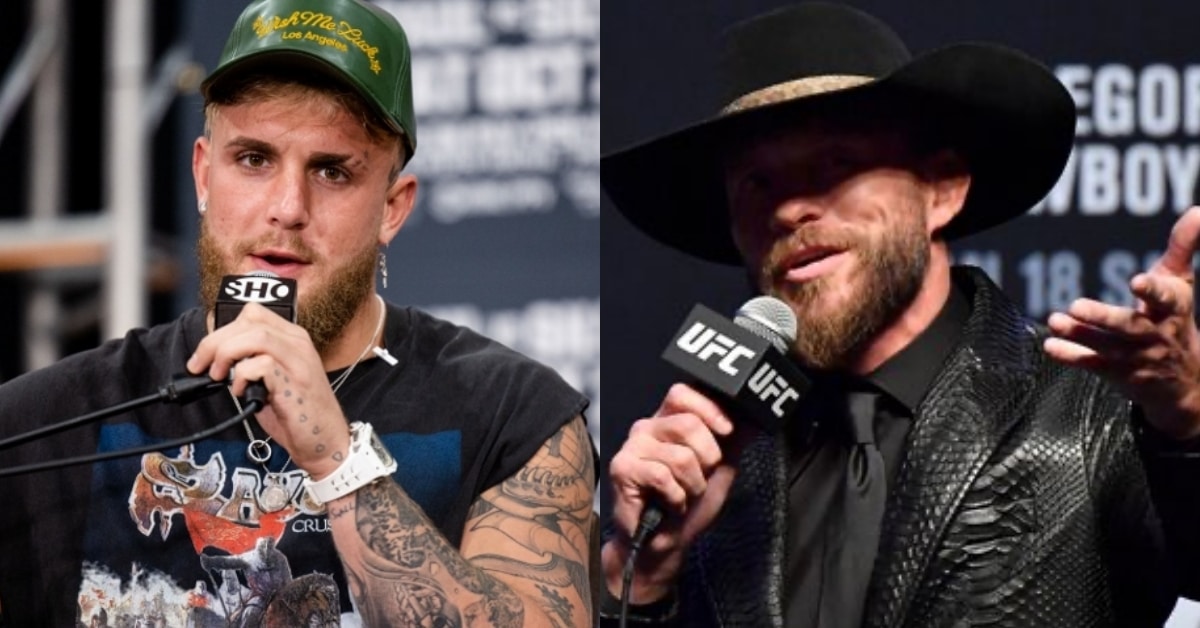 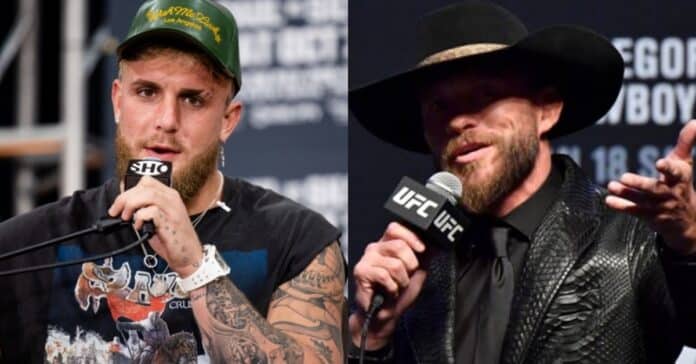 Undefeated professional boxer, Jake Paul appears less than interested in a potential fight with former UFC lightweight title challenger, Donald Cerrone, admitting that he would most likely fight an opponent closer to his own age.

Paul, 25, a native of Ohio, has enjoyed an undefeated professional boxing career since his debut back in 2020, landing six consecutive victories.

Turning in three victories over the course of 2021, Paul managed to hand a stunning first round KO loss to former ONE Championship and Bellator champion, UFC alum, Ben Askren – before twice facing Tyron Woodley.

Matching with the St. Louis veteran, Paul managed to land a split decision win, before stopping the former welterweight kingpin in brutal fashion in an immediate rematch, courtesy of a faceplanting sixth round KO also in December of that year.

Last week, Cerrone, an alum of both the UFC and the now-defunct, WEC, offered praise to Paul, admitting that he was capable of landing lucrative paydays in the sport of boxing, before claiming that he would entertain a potential clash if an offer came across the table.

Jake Paul uninterested in clash against Donald Cerrone next

However, in response to Cerrone’s comments, Paul admitted that the former’s interest in a fight with him was “interesting”, but expressed how he wanted to move on and fight younger competition going forward.

“He called me out?” Jake Paul said of Donald Cerrone during an interview with The Schmo. What did he say? Is he out of his UFC contract? Interesting. I mean, I don’t know. I’m kinda tired of beating these old dudes up like that, you know what I’m saying?”