Jake Paul Issues Warning To Families Across America Before Christmas
published on December 25, 2021
curated and posted by BRWLRZ Team

Jake Paul has a warning for not only fighters but their families and indeed families across this country as they prepare to celebrate Christmas.

Last weekend, Jake Paul lived up to the promotional tagline of his rematch with Tyron Woodley when he Left No Doubt about who was the better man. He achieved this by sending Woodley into the shadow realm in the sixth round with a face-planting knockout.

After the fight, Paul immediately began to look ahead at what and who might be next. Soon after he began that exploration, he came to the conclusion that his search might be in vain after the world witnessed what he just did.

“The fact that I proved I have one-punch power on a legend of this sport, people are gonna be scared,” Paul said during the post-fight press conference. “That’s why Masvidal and Nate Diaz got up out their seats and left. Because they didn’t want me to jump out the ring and start going at them. But people should be scared. Everyone’s on high alert.”

Ironically, Nate Diaz has said that it was Paul who wanted the protection, with Diaz claiming that Paul hired a security team to ensure that the UFC vet wouldn’t get to him. As for Masvidal, since Paul made the above remarks, he has begun to publicly negotiate a possible fight with him somewhere down the line.

Paul’s message was not limited to fighters, however. Indeed, when Paul says that everyone needs to be on high alert, the “12 Days of Christmas” artist literally means everybody. So as millions of Americans convene on this Christmas Eve, this former Disney star has a warning about who might be coming down their chimneys overnight with a very unwanted gift.

“Everyone’s a target. No one’s safe. Hide your kids. Hide your wife. I’m like Santa Claus. I’m coming down your chimney and I’ll fuck everybody up. I’ll fuck your whole family up.” 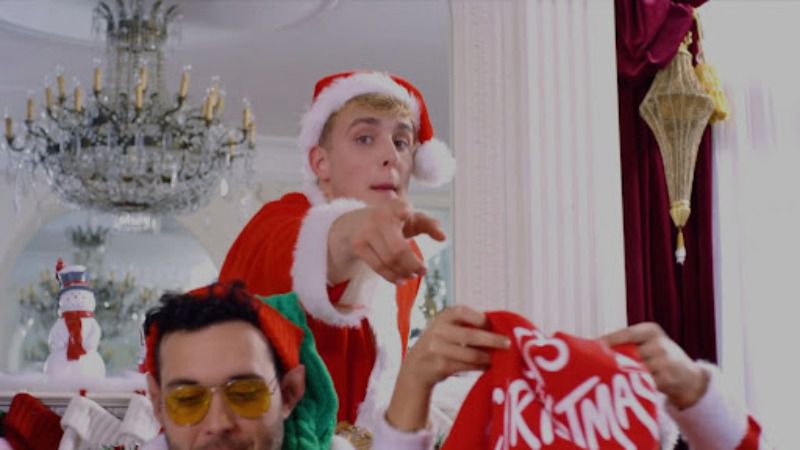