Yesterday, Tyron Woodley got the “I Love Jake Paul” tattoo that was required of him after losing to Paul on August 29. The tattoo was a requirement based on the handshake agreement made prior to the fight and also if Woodley wanted to have any chance at rematching the YouTuber.

With the tattoo now complete and posted on social media for the world to see, Paul took to his YouTube channel to offer a public declaration of his own that corresponds with the viral tattoo.

“No way did a grown-ass man just get a tattoo that says, ‘I love Jake Paul!’ Paul said in feigned disbelief. The former Disney actor then dramatically spit out a paper ball that was hiding in his mouth, unfurled it, and then displayed the sentimental message for the world to behold that read, “I love you too.”

Paul would then close with a final request to “The Chosen One.”

“Can I grab those cheeks now, Papi?” Paul asked.

This is in reference to Paul incessantly complimenting Woodley’s buttocks in a face-to-face interview conducted days prior to their fight. Paul even warned Woodley that he might decide to grab Woodley’s cheeks in the clinch if his opponent was not mindful when in close proximity to The Problem Child.

Suffice it to say, this response does not lock in a rematch between the two athletes, but we will certainly keep you posted if Paul issues a follow-up response or if there is other movement towards a Paul/Woodley II engagement.

What, if anything, do you take away from Jake Paul’s response to Tyron Woodley? 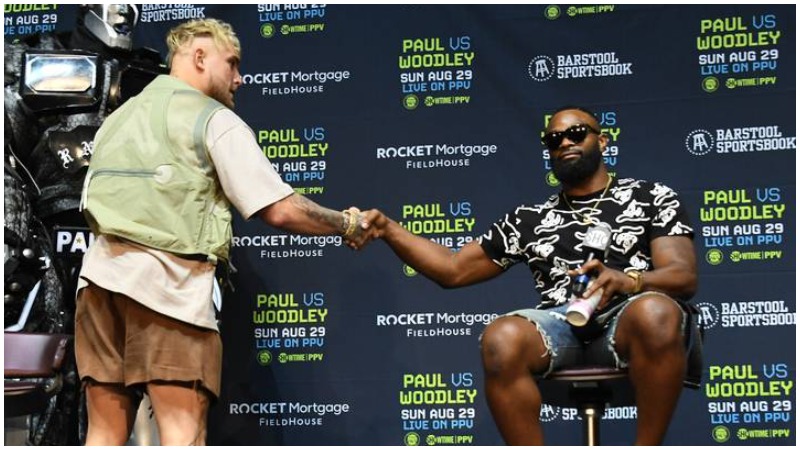