Jake Paul Faces Off With Andrew Tate Ahead Of Potential Fight, Confirms Negotiations Are Underway
published on November 11, 2022
curated and posted by BRWLRZ Team 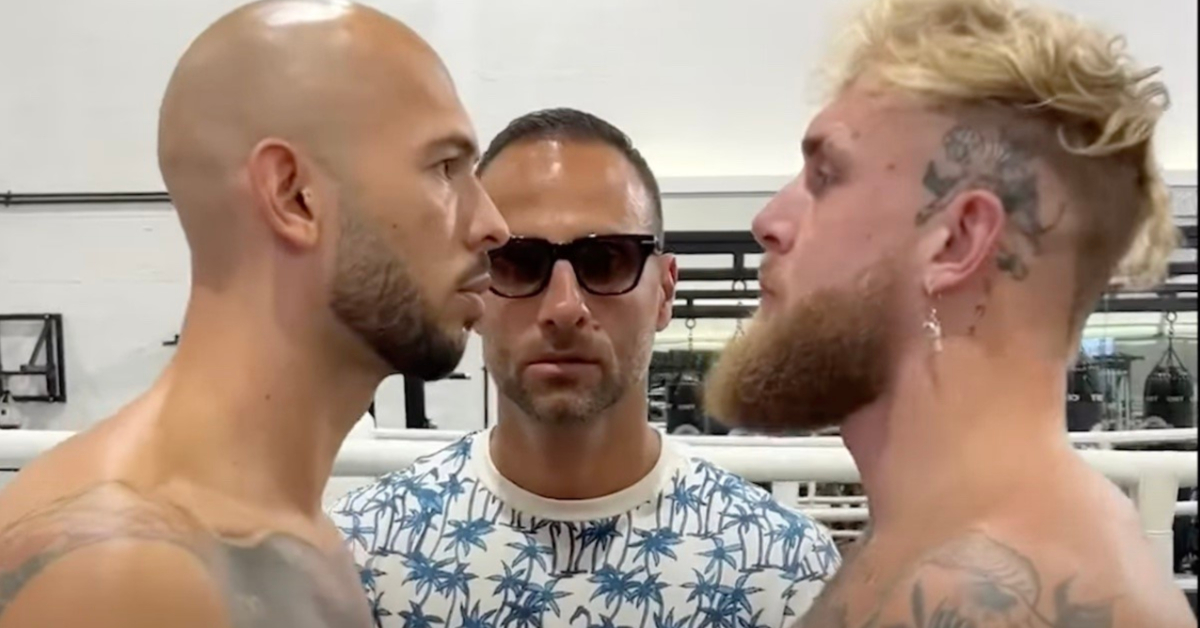 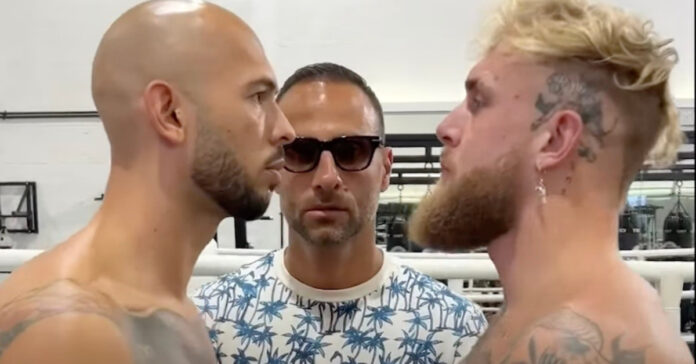 Undefeated professional boxer, Jake Paul has added fuel to the fire regarding a potential future fight with former kickboxing champion, Andrew Tate – claiming negotiations for the bout is underway, as the two square off face-to-face in the presence of Paul’s manager, Nikisa Bidarian.

Headlining a Showtime PPV at the end of last month, Paul improved to 6-0 as a professional boxer, scoring a unanimous decision win over former UFC middleweight champion, Anderson Silva – dropping the Brazilian with a right hand in the eight and final round to boot.

As for Tate, the outspoken American-born former kickboxing champion, has not competed in combat sports professionally since 2020, scoring his third consecutive victory in the process.

A vocal social media influencer and marketing strategist who offered paid subscriptions to discord channels on advice on masculinity and how to earn revenue, Tate’s sudden explosion in online presence, has seen him linked to a slew of matchups against the likes of YouTuber and musician, KSI, as well as Logan Paul – the elder brother of the above-mentioned, Jake Paul.

Adding to the speculation regarding a potential fight against Tate in the future, Jake Paul tweeted a brief video of a face off with the former – accompanied by his manager, Bidarian, as well as a caption of “Negotiations.”

Over the course of his professional boxing career, the polarizing Paul has landed notable victories over former UFC welterweight champion, Tyron Woodley, and former ONE Championship and Bellator MMA welterweight titleholder, Ben Askren, stopping both with thunderous knockouts.

Off the back of his decision win over Silva at the end of last month, Paul was linked with a fight against former UFC welterweight contender, Nate Diaz, as well as calling for a fight with world champion puncher, Canelo Alvarez next.