Jake Paul & Dana White Accuse One Another Of Challenge Dodging
published on January 2, 2022
curated and posted by BRWLRZ Team

Jake Paul and Dana White have entered the new year by picking up their rivalry right where it left off in 2021.

As expected, Paul released a response to Dana White as he always does when White mentions his name. Paul expressed that he is not only willing to be drug tested, but he is attempting to resolve the fighter pay issue he’s been advocating for over the past year.

You can view Paul’s counterproposal below.

Paul went on to provide a deadline of five days for Dana White to accept his proposal and that the above conditions must be implemented by March 31, 2022, at which point Paul would retire from boxing, enter USADA, and fight Jorge Masvidal in the UFC. Paul then closed by encouraging UFC fighters to stand up for themselves to make a change in the UFC fighter pay structure.

Dana White & Jake Paul Accuse One Another Of Challenge Dodging

“And that thing that you came out with today, nobody on Earth thinks that you really wrote that. You’re too stupid. And for those of you that don’t know, if you’ve ever watched one of his fights and you see when they do the staredown, the guy that’s standing in the middle with the warlock nose and the big warlock wart on his face— apparently, that’s his manager. And that guy used to be an accountant for me. And let’s just say this: He no longer works for me, and I think he’s a scumbag.

Early Sunday morning, Jake Paul would release the following video in response, where he also accused White of dodging the challenge put forth.

In sum, Jake Paul continued to double down on Dana White’s alleged cocaine use while roasting him in general, he expressed that his willingness to be USADA tested as part of his proposal covers White’s steroid-test challenge, and he denied using steroids. Paul also continued to criticize White for his treatment of fighters and claimed to be a bigger draw than Jorge Masvidal, using his mother’s Instagram activity compared to Masvidal’s as an example.

All in all, it appears we are at an impasse. It doesn’t appear as though Paul would like to be drug tested unless White meets his terms in restructuring the UFC’s business model as it specifically pertains to the treatment and pay of its fighters. Meanwhile, White says Paul should start his own fight business if he believes he can do it better and is calling on the YouTuber to stop avoiding his original proposal.

Ironically, White has claimed that Paul already wanted to sign with the UFC in the past but was rejected. That further supports the likelihood that the only interactions that will be done between White and Paul will be on social media and in the media as a whole.

Should there be any additional responses from Paul or White, we’ll be sure to bring you the dirt right here on MMANews.com.

What do you make of Jake Paul’s proposal to Dana White? 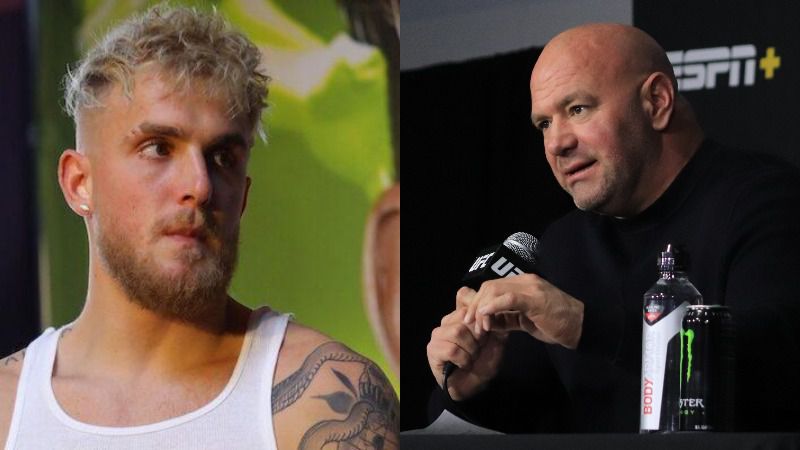