Jake Paul has pivoted from his previously ambivalent stance towards a potential boxing match against UFC legend Anderson Silva.

Paul is coming off of back-to-back wins over former UFC champion Tyron Woodley in 2021 preceded by a first-round knockout of former UFC fighter Ben Askren. He’s aiming at another eventful year in the ring in 2022 with a return expected sometime later this year.

Speculation has run rampant regarding who Paul could face for his next ring appearance. Paul has previously downplayed the idea of facing Silva in the ring, citing Silva being in the later stages of his combat sports career.

His position on a fight with Silva has changed in recent days. During an interview on The MMA Hour with Ariel Helwani, Paul was asked whether or not he would consider a fight against Silva for his next boxing challenge.

“Yes, definitely,” Paul said. “Definitely. I would love that fight.”

Paul went on to detail how Silva was an inspiration for him growing up, and even got to meet him early in his childhood.

“And interesting story, I think he was the first celebrity I ever saw. So right when MMA was blowing up, my dad was a super big fan and we went to this local MMA event. And they must have paid Anderson Silva to come because it was like in Ohio, so I don’t know why he would have been there.

“But I actually asked for his autograph. And we took a picture with him…I’m maybe like 12 years old. But I think he was the first celebrity that I met. So it would be fun to bring it back full circle and fight someone who was, I guess, one of my first idols.”

Silva had also previously been rumored to fight Jake’s brother Logan in the ring. However, nothing ever materialized from those alleged talks.

It’s unclear who Paul will face next in his boxing tenure, but Silva appears to be a potential option moving forward.

Would you be interested in a Jake Paul vs. Anderson Silva boxing match? 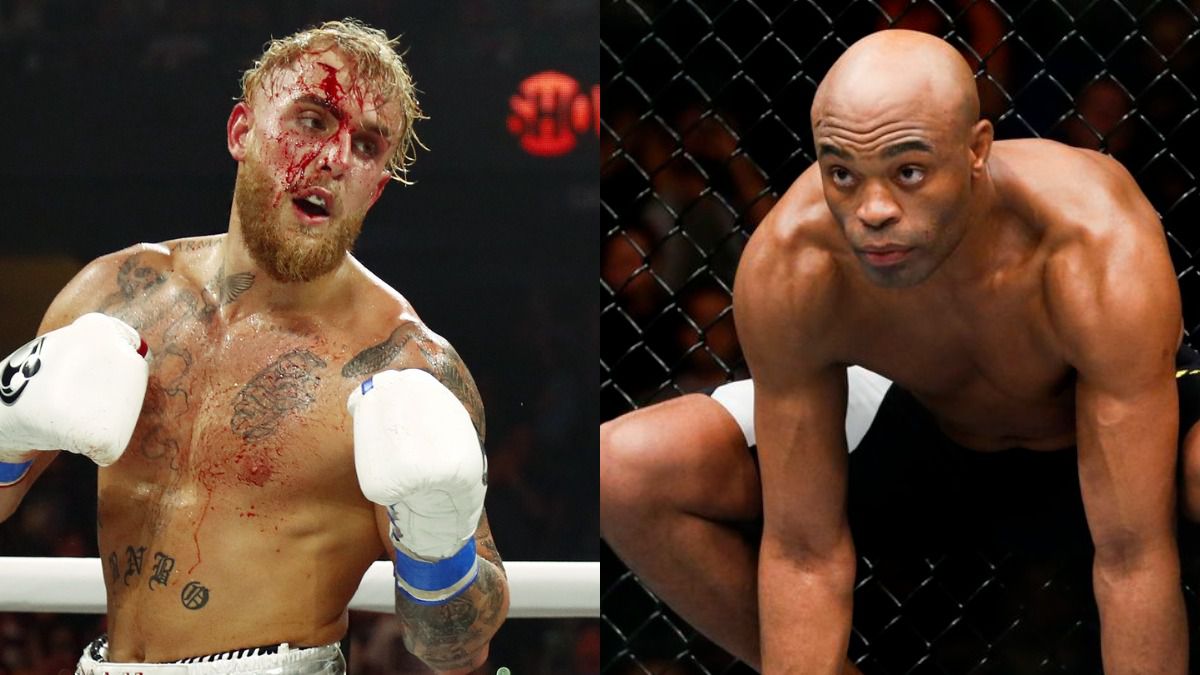