Jake Paul Breaks Down Why Woodley KO Had Nothing To Do With Luck
published on January 11, 2022
curated and posted by BRWLRZ Team

Jake Paul has responded to claims that his sixth-round KO over Tyron Woodley was lucky.

In the rematch, both Paul and Woodley hesitant were to throw much volume but in the sixth round, Paul landed a vicious right hand that put Woodley out cold. Although many were critical of his performance, according to “The Problem Child,” he was setting up that shot the entire fight.

“I’ve done that to every single person that I’ve fought,” Paul said during an episode of Boxing with Chris Mannix as a rebuttal to those who claim the punch was lucky. “So it’s not like I’ve knocked out everyone in a violent fashion in one way or another. My power is only increasing, and I set up the shot, you watch the whole sequence.

“I think I see his hand come flying down, I think again, go to the body, and then bring it up top with all my power and brought my hips through,” Paul continued. “It’s not lucky, look at all the people that Tyron Woodley has been in there with, and he’s never been KO’d like that.”

With the KO win over Tyron Woodley, Jake Paul improved to 5-0 and continues to be a big name in boxing. However, after his last win, he said he wants some time off and will likely return in the summer. Who he fights in his return is uncertain.

Although there is no clear-cut next opponent for Paul, he does have options, as he could rebook the Tommy Fury fight or perhaps face Julio César Chávez Jr., who has called out the YouTuber.

Regardless, Jake Paul is still set on continuing his boxing career following his violent KO win over Woodley in December. The fight also marked the end of his two-fight Showtime deal.

Do you think Jake Paul’s KO win over Tyron Woodley was lucky? 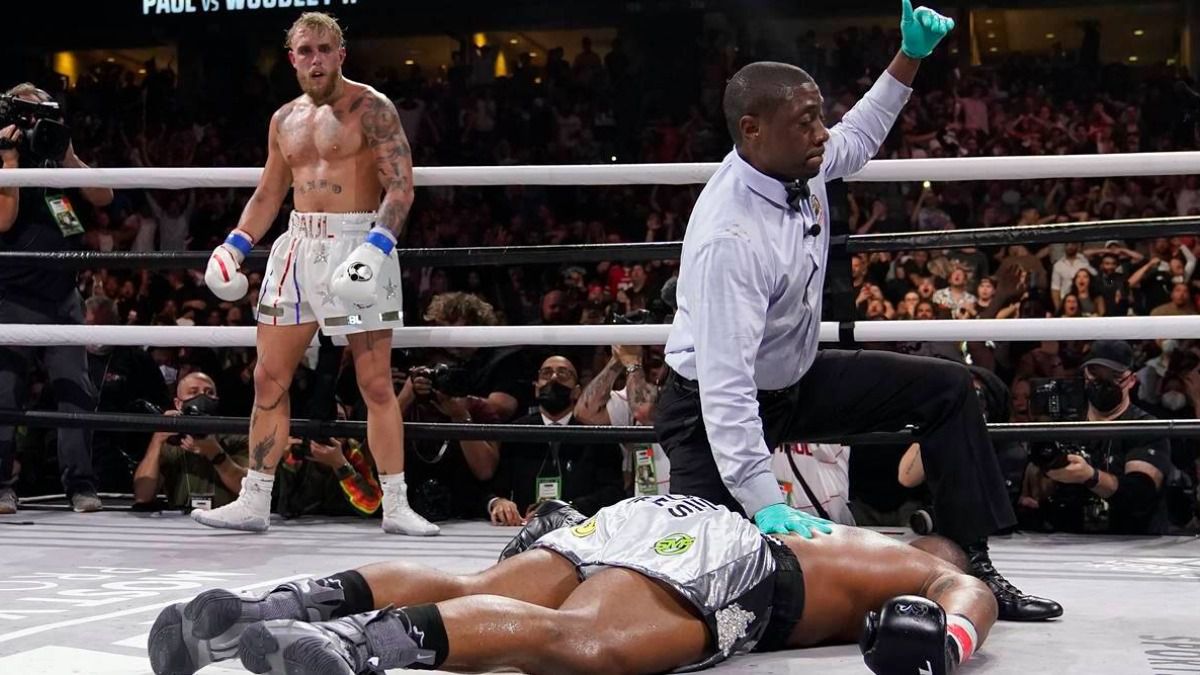