Israel Adesanya’s Head Coach Used ‘legit Knives’ To Battle Complacency In The Gym; ‘He Even Brought A Machete’
published on November 11, 2022
curated and posted by BRWLRZ Team 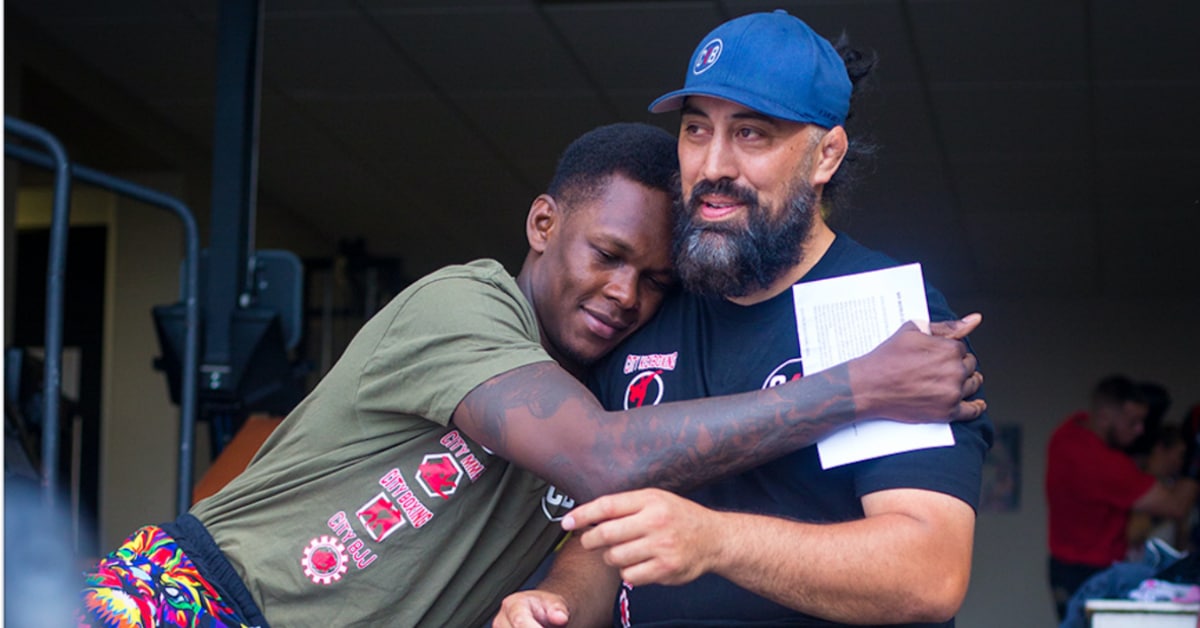 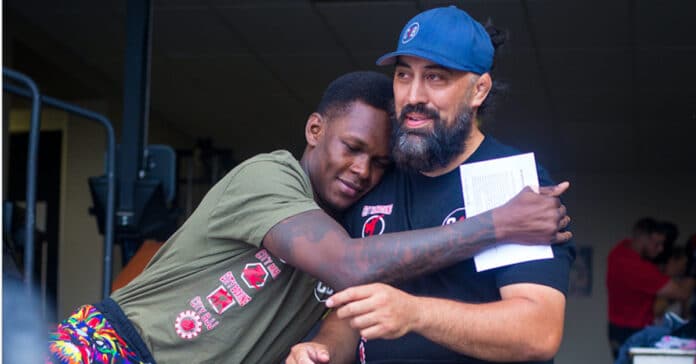 Eugene Bareman, the coach of many top MMA stars including Israel Adesanya and Dan Hooker reportedly brought knives and machetes to the gym in order to combat complacency.

Adesanya is just hours away from one of the highest-profile fights of his UFC career. The middleweight champion will defend his title against a familiar foe in Alex Pereira, a rival that famously knocked out ‘The Last Stylebener’ in one of their two meetings under the GLORY Kickboxing banner.

At City Kickboxing in Auckland, New Zealand, Bareman works as Adesanya’s head coach. He is the man tasked with preparing ‘Stylebender’ for his UFC 281 main event on Saturday night. Citing issues of complacency amongst some of the gym’s top fighters, Bareman, and other coaches decided to address the issue head-on.

Forget MMA, you’d be very hard-pressed to find a head coach in ANY SPORT who will speak this openly and honestly about his stars and without fear of any backlash.

Could have spoken to Coach Eugene Bareman all day. Was an honor to have him in studio to pick his brain for a bit. pic.twitter.com/Sbyxl6yYE8

Following up on the comments from Bareman during his appearance on ‘The MMA Hour‘ with Ariel Helwani, Dan Hooker revealed that “legit” knives were pulled.

“Knives were pulled, legit knives. He would have had them on this chair, there were a number of moments. He’s always packing. We got a few big telling offs, he kicked the hornets nest a few times. It had to happen to wake everyone up, maybe we were being complacent. After that, we definitely reached a new level. He demanded more out of us.“

Appearing in the same episode, Israel Adesanya confirmed Dan Hooker’s comments, even detailing times when Bareman would bring a machete to the gym and show it off like a child with an expensive new toy.

“There was a period of two to three weeks, it’s like show and tell. He’d bring a new knife to the gym, not to intimidate, he’s just a f*cking weirdo. He’s one of those guys that goes to the bushes, hunting deer. He even brought a machete to the gym one day, a cool machete. It’s like a kid with a new toy, he makes jokes about it.”