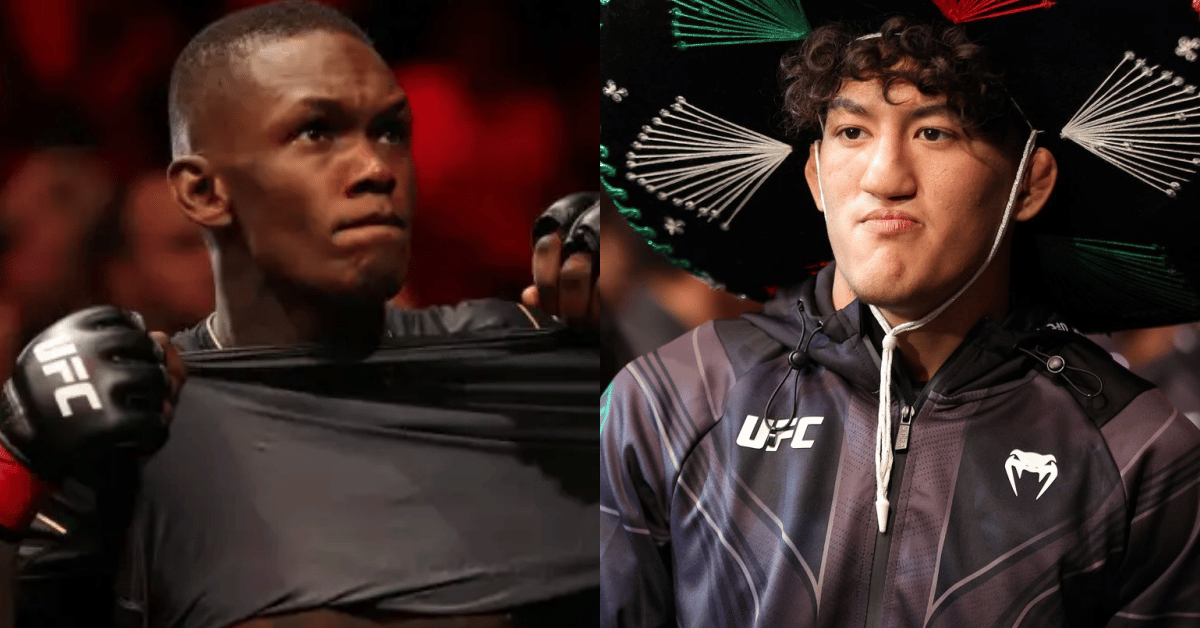 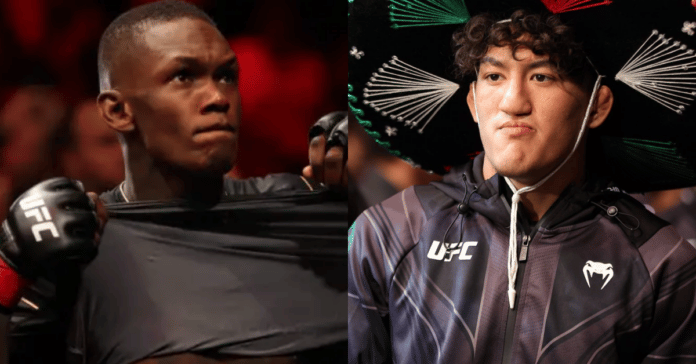 Adesanya, the current #1 ranked middleweight contender, held the undisputed middleweight crown until UFC 281 back in November of this year, dropping his crown in a shocking fifth round standing TKO loss against arch-rival, Alex Pereira.

For Rosas Jr. – the 18-year-old improved to 7-0 as a professional in a featured preliminary card matchup against Jay Perrin, scoring a one-sided first round rear-naked choke win.

Rosas Jr. had earned his multi-fight deal with the organization off back of a unanimous decision win over Mando Gutierrez on Dana White’s Contender Series back in September.

“He’s (Raul Rosas Jr.) like a mini Khamzat (Chimaev),” Israel Adesanya said during his reaction to UFC 282 last weekend. “The way he’s fighting at the moment, he’s reminding me of Khamzat. Wow. What a fight – yeah, he’s in the money. Give him the money.” (Transcribed by SportsKeeda)

Certainly not short on confidence, Mexico City-born newcomer, Rosas Jr. insisted that he would land a finish over current bantamweight champion, Aljamain Sterling in his next fight if the duo were to share the Octagon in an unlikely matchup.

“Like, I said, I’m not saying stuff just to say it,” Raul Rosas Jr. said. “Like everything I say is true, and like, people don’t believe in me. But I believe in myself. And I’m just out there and proving it. Like, that’s probably not going to happen [a fight with Aljamain Sterling next], because people don’t know if I could actually really do that [beat him]. I know I can, so I’m just staying active, I’m gonna keep finishing everybody in an impressive way. And show everybody I’m ready to go for that title.”

Poking fun at Rosas Jr.’s claims on his official Twitter account, Sterling engaged in some tongue-in-cheek self-deprecation in response to the Mexican up-and-comer.

“They should make that fight next,” Aljamain Sterling tweeted. “I really think that Rosas will f*ck him up! I heard Cejudo’s out and Rosas is in.”