Israel Adesanya Gets Specific On When Jon Jones Fight Will Happen
published on October 20, 2020
curated and posted by BRWLRZ Team

UFC middleweight champion Israel Adesanya has now gotten more specific on when in 2021 he would like to fight Jon Jones.

It is now quite public that Israel Adesanya and former light heavyweight king Jon Jones have no love lost for one another, with the two being involved in a constant war of words in interviews and on social media. But according to Adesanya, every avalanche of venom unleashed towards Jones is initiated by the media, not with any special attention being issued to Jones.

The only thing that ultimately matters is if or when the two finally fight. Both fighters have expressed an interest in fighting. Jones has made it clear that he wants to fight ASAP while Adesanya has been consistent that the fight will happen in 2021. In a recent interview, Adesanya has now narrowed down the week that he would like the fight to take place:

“I only ever talk about him when I’m asked about him – I never bring him up in interviews,” Adesanya told MMA Fighting. “You just asked me about him, so I’m talking about him now.

“I’ve said it already – International Fight Week 2021,” Adesanya revealed. “He’s still trying to make it happen ASAP. His teammate just said, [Holly Holm] said something about writing her own story and never letting anyone write her story for her. Ditto. I’ve written my own story this far. I’m not going to let anyone force my hand.”

A fight between Israel Adesanya and Jon Jones on International Fight Week is sure to produce massive numbers for the UFC, particularly if both men are to remain without a single non-disqualification defeat between them. If that date materializes for this superfight, the fight will be here and the social media barbs will be gone before you know it.

Do you think we will really see Israel Adesanya vs. Jon Jones on International Fight Week 2021? 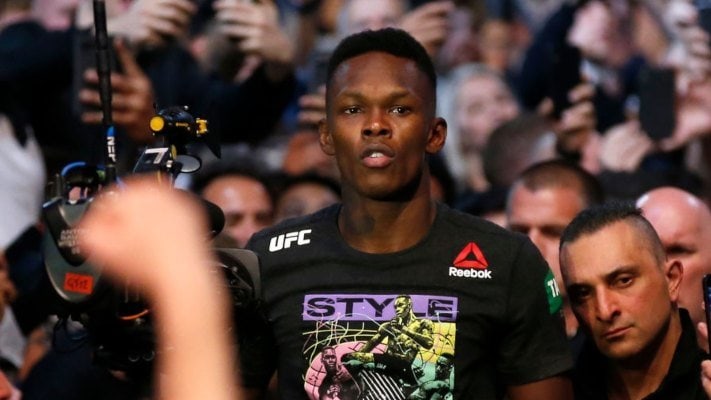