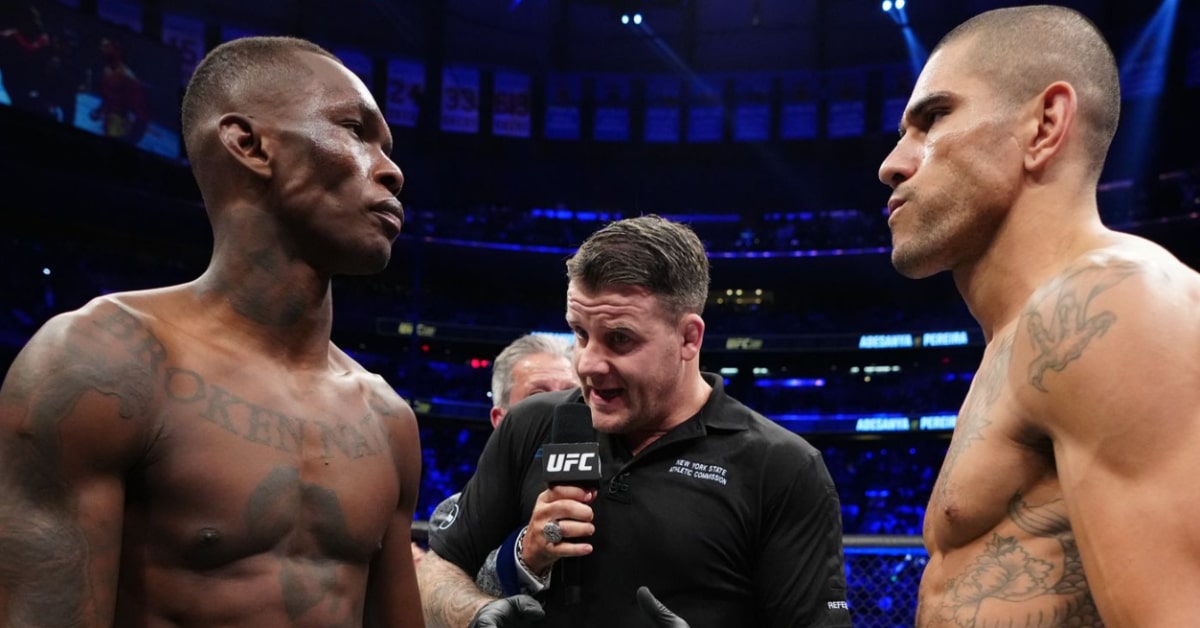 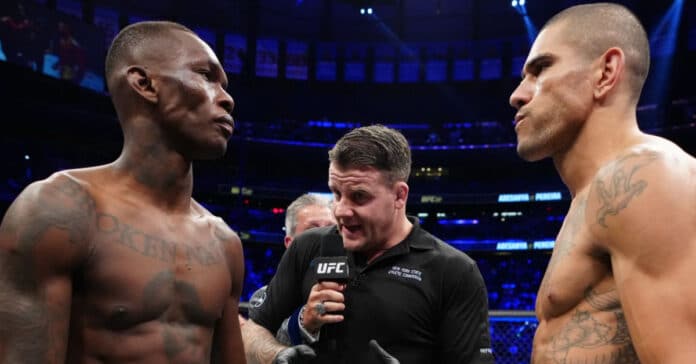 Despite suffering a crushing fifth round TKO loss to Brazilian knockout ace, Alex Pereira back in November of last year which saw him drop his undisputed UFC middleweight championship, Israel Adesanya remains a slight betting favorite to finally avenge his loss to the former, in an expected title rematch this year.

Adesanya, a now-former undisputed UFC middleweight champion, headlined UFC 281 back in November of last year at Madison Square Garden, suffering a spectacular fifth round standing TKO loss against Pereira – a rival from their pair of previous kickboxing clashes under the GLORY Kickboxing banner.

Prior to the eventual fifth round upset loss, Adesanya had largely dominated the proceedings against Sao Paulo native, Pereira, even almost finishing the challenger in the final moments of the first round, albeit for a buzzer to prevent a near-certain finish.

Chalking up an impressive lead beyond dropping the second frame to the aggressor, Adesanya was wobbled at Octagon fence during a fifth round exchange, with Pereira pouring forward and felling the Nigerian-Kiwi briefly.

In the time since, Pereira, a former two-weight GLORY Kickboxing champion to boot, has welcomed an immediate title rematch with Adesanya – with the City Kickboxing talent sharing the same sentiment.

Expected to share the Octagon next year, Adesanya, who attempts to return to the winner’s enclosure for the first time as a middleweight in his mixed martial arts career, sits as a current -150 favorite over champion, Pereira, who sits as a +130 underdog double bubble.

Debuting in the Octagon back in November 2021, Pereira stopped Andreas Michaildis with a stunning second round flying knee, before defeating compatriot, Bruno Silva last year to earn a slot on the July International Fight Week event.

Seeing his undefeated career as a middleweight in professional mixed martial arts halted in his November loss to Pereira, Adesanya had previously secured an impressive five successful defenses of his undisputed middleweight title.

Unifying the titles back in 2019 knockout win over Robert Whittaker, Adesanya then knocked back both Yoel Romero, and Paulo Costa, before defending against both Marvin Vettori, and Whittaker in championship rematches.

On that aforenoted, July card, Adesanya managed to turn in a lacklustre unanimous decision win over Jared Cannonier before dropping his crown to Pereira in the penultimate pay-per-view event of last year.

While an official title fight between Pereira and Adesanya has yet to be officially announced by the organization, the middleweight striking duo are expected to land in an arena this year in an attempt to finally bring a definitive and concrete close to their longstanding rivalry.