Israel Adesanya Doesn’t Expect To Rematch Paulo Costa Ever, Compares It To McGregor-Aldo
published on October 14, 2020
curated and posted by BRWLRZ Team

In the main event of UFC 253, Adesanya and Costa finally met in one of the most anticipated fights of 2020. Both men were undefeated and UFC president, Dana White thought it would be the Fight of the Year. However, it was far from that as “The Last Stylebender” dominated the fight and earned a second-round TKO win.

Following the event, Costa claimed something happened and demanded a rematch. For Adesanya, he doesn’t expect to fight the Brazilian ever again.

“I don’t think I ever see him again, to be honest,” Adesanya told MMA Fighting. “I think this is going to be like Conor McGregor and Jose Aldo. He has to let it go.”

After Conor McGregor knocked out Jose Aldo in just 13 seconds to win the featherweight title, many wanted to see the rematch happen. Yet, the Irishman was uninterested given how dominant it was and Israel Adesanya believes the same.

For now, the middleweight champ is focused on his next title defense as he says it will be against Jared Cannonier if he can get past Robert Whittaker. If not, perhaps the Jon Jones superfight happens sometime next year. Regardless, Adesanya is not interested in rematching Paulo Costa. 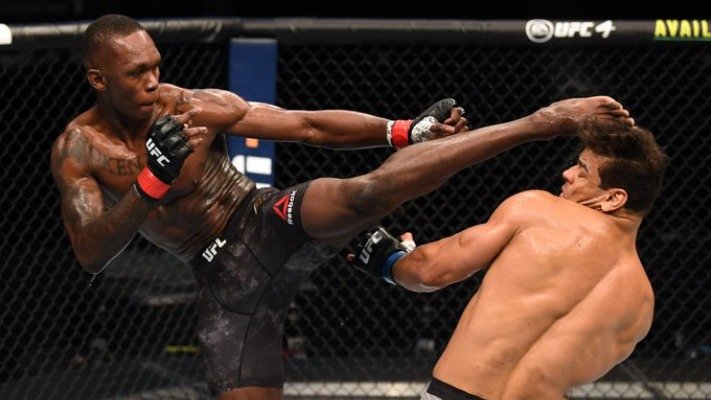